You are here: Home / Politics / Christine Jardine: ‘Liberal Democrats will build an effective immigration s...
Previous Back to all Next 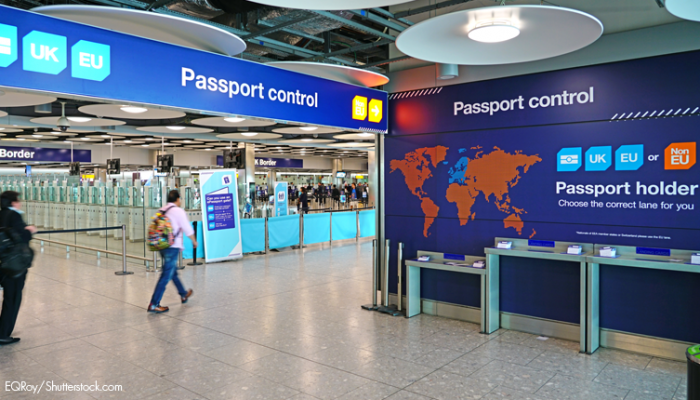 This is a guest post from Christine Jardine, the Liberal Democrat Shadow Home Secretary and Women and Equalities spokesperson. She is the Lib Dem candidate for Edinburgh West.

Christine writes that ‘The UK’s immigration system is broken’ and proposes that her party ‘will take immigration powers away from the Home Office so that visa and asylum decisions are made quickly and fairly’, and allow asylum seekers to work while their cases are decided.

The UK’s immigration system is broken, and it is hurting everyone. I struggle to think of a time when the mention of the word ‘immigration’ during an election campaign was a sign of anything but an announcement of more ways to denigrate and marginalise the millions of migrants who have made the UK their home – who pay their taxes and work for our NHS, who build their businesses and their families as part of an open and welcoming British society.

Instead, we see immigration speeches that are tailor-made for what prospective Home Secretaries think are the lowest common denominator of British people – scoring points off the back of hard-working people based on where they were born. I think they’re wrong. I don’t believe that British people are mean-spirited or unwelcoming – I think they’ve been let down by politicians who are all too eager to blame immigrants for their own failings. For too long, the two main parties have scored points off the backs of hard-working people. Decades of hostile policies and rhetoric from Labour and Conservative governments have created a system that no one trusts, and that fails to respect people’s dignity.

Employers can’t recruit the workers they need, leaving the NHS short of nurses and social care in crisis. People without documents are denied access to healthcare and housing. Far too many people are detained indefinitely, in inhumane conditions and at great expense. Families are separated by unfair, complex visa requirements. The Windrush generation has been failed, deported, removed from their families, and some died without an inkling of an apology. Public confidence in the system has been shattered.

And in this election, there’s a risk we’ll be taken out of the EU and free movement will end. Millions more people cast into the abject failure of the Home Office, facing the risk of deportation away from their home, their work and their loved ones simply because neither Labour nor the Conservatives believe they are worth standing up for.

Liberal Democrats believe in a different approach. We will scrap the Conservatives’ Hostile Environment, replacing their fishing-net approach with targeted, intelligence-led immigration enforcement. We will take immigration powers away from the Home Office so that visa and asylum decisions are made quickly and fairly. We will restore dignity and common sense by ending indefinite detention and allowing asylum seekers to work while their cases are decided. And we will stop Brexit and save free movement.

At the same time, we recognise the danger posed to those who attempt to get to the UK illegally. In Essex, only a few weeks ago, we saw the horrifying results of a failed enforcement system. Liberal Democrats will invest in officers, training and technology to prevent illegal entry at Britain’s borders, tackle the smuggling of people, weapons, drugs and wildlife, and at the same time help refugees and asylum seekers who have fallen victim to cross-border criminal enterprises.

With that comes a moral obligation to play our part in the world – to stand tall and welcome those whose homes, lives, and countries have been destroyed by conflict and rendered too dangerous to return by widespread violence. Liberal Democrats will meet our obligations – resettling 10,000 vulnerable refugees each year and help 10,000 unaccompanied refugee children from across Europe over the next 10 years. These people have already seen their homes destroyed – the very least we can do is open our arms to them and tell them that the UK is a place they can be safe and rebuild their lives.

With a Liberal Democrat government, every person will have their dignity respected and UK employers will be able to recruit the workers they need. Those who choose to come to the UK to work, study or join their families will be welcomed for the skills and contributions that they bring. Family unity will be protected; the rule of law will be respected; and we will ensure fairness for taxpayers. Liberal Democrats will build a brighter future, with a fair, effective immigration system that treats everyone with dignity and respect.