You are here: Home / PR Pulse / CIPR research reveals UK attitudes to MP and Minister lobbying
Previous Back to all Next 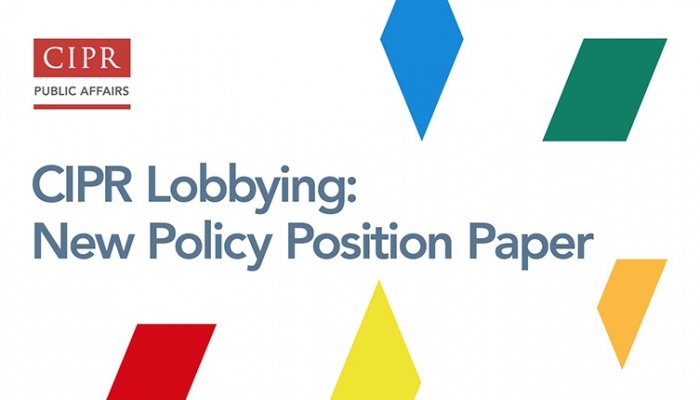 According to new research from the Chartered Institute of Public Relations (CIPR), two-thirds (67%) of UK adults believe the public need to know more about lobbyists’ attempts to influence MPs and Ministers.

Commissioned by the CIPR and conducted by Opinium, the report surveyed over 2,000 members of the public. Results include:

The paper, released today, outlines CIPR’s commitment to calling for transparency and ethical practice in the industry as well as its partnership with I Have A Voice to support work engaging young people with politics.

I Have A Voice founder and director Rebecca Deegan said of the partnership:

‘Having an impact through lobbying is something we should be proud of. Most of us who came into this profession did so because we want to make a positive contribution. I’m delighted that this partnership with the CIPR will support our mission to achieve that, particularly at this crucial time.’

CIPR President Mandy Pearse said of the research: ‘This highlights the appetite for more transparency in the important process surrounding lobbying activity.

‘The public are sympathetic with the need to lobby and for organisations to have their voices represented, but this contract has to be based on trust which can only come from greater transparency and fairer processes. The lobbying rules, as they are, are not fit for purpose and we urge the investigation announced by the Government to consider our new proposals in improving the system for the good of our democracy.’

The CIPR will continue its focus on lobbying at its upcoming event ‘What could changes to lobbying legislation mean to those who are lobbied?’ on 20 May, 12.30 – 2pm, with Dame Angela Eagle MP and Institute for Government deputy director Dr Hannah White.