You are here: Home / Communications / Communicate Responsibly: The role social media plays in spreading and dispelling...
Previous Back to all Next 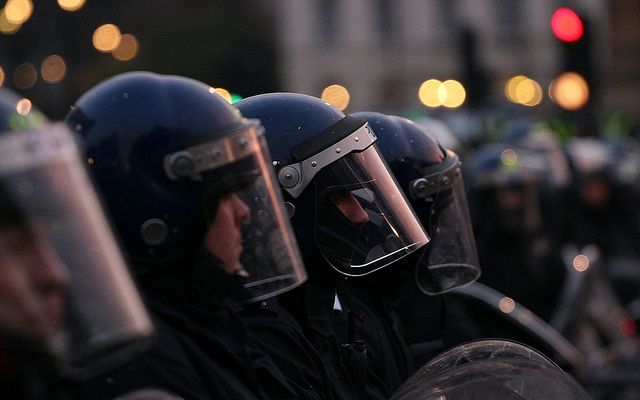 News of the 82 year old Palmira Silva, who was beheaded in North London on 4 September spread like wildfire on Twitter with scores taking to the microblogging platform to express their horror and speculate on the motive behind the act.

The incident which comes on the back of the terrorist beheading videos of two American journalists, sparked fears of terrorist linked activity reaching London’s homes.

But while concerns still last – the MET Police were quick to dismiss terrorist involvement with a press statement issued and tweeted within three hours of the attack.

DCI Sandlin: Too early to speculate on motive behind attack – based on info currently available, this is not terrorist related #Edmonton

The MET response was picked up immediately by media and public alike – making headlines and filling newsfeeds, reassuringly.

This is the second time this very week that police officials have taken to social media to dispel terror related rumours.

On Sunday, a terror threat hoax warning Londoners to avoid taking the Tube circulated on mobile messaging platforms and inevitably made its way to social media spreading panic and once again, fear. 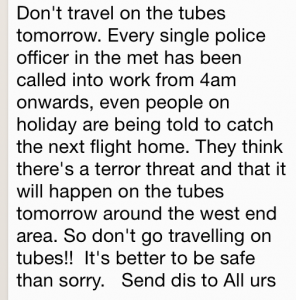 Several senior police officials took to Twitter to control and calm the situation.

Rumour control: The “alert” doing the rounds on social about all Met officers being called in for 4am tomorrow is a hoax.

And it worked. Below are some direct responses to the officials on Twitter:

While much has been written on the role social media plays in spreading fears of terrorism, the above responses by London’s police force prove just how instrumental social media has now become in responding during a crisis.

Living in uncertain times as we are – the above responses are a lesson in crisis management not only for police and government authorities but for us as individuals and publishers in our own right on social media.