You are here: Home / Political Headlines / Cost of living crisis dominates the Spring Statement
Previous Back to all Next 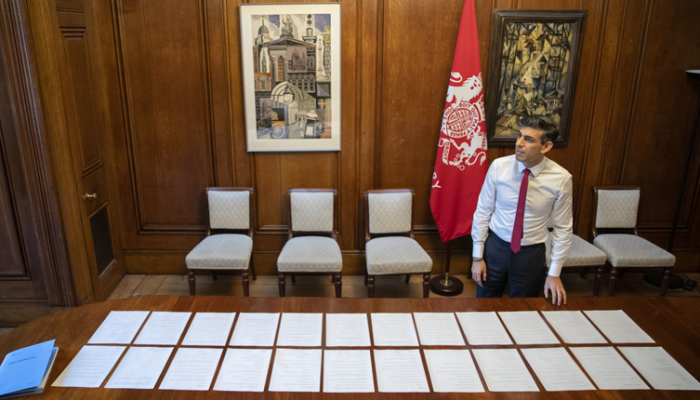 The Chancellor approached yesterday’s Spring Statement with inflation reaching 6.2% in April and what the Office for Budget Responsibility calls the biggest hit to household finances since comparable records began in 1956-57. Against this backdrop, the cost-of-living crisis was expected to dominate the Spring Statement.

Rishi Sunak previously said he can’t fully protect people from the consequences of rising prices and he has faced huge pressure to deliver relief for families. While Labour branded Sunak ‘the high-tax Chancellor’ and said he should use his speech to cancel the planned hike in National Insurance next month, the Chancellor stood by the Government’s decision to raise rates. However, he did raise the threshold at which workers start paying National Insurance; people will be able to earn £12,570 a year without paying any Income Tax or National Insurance.

To help further with the cost-of-living crisis, the Chancellor doubled the Household Support Fund to £1bn, cut fuel duty by 5p per litre and removed VAT on households installing energy efficiency materials such as solar panels or heat pumps. In February, he announced a £150 Council tax rebate for Bands A to D and a £200 energy bills rebate.

While the support offered is significant, many have argued that it has been poorly targeted and doesn’t go far enough to have a meaningful and immediate impact on the cost-of-living crisis facing the UK.

The Office for Budget Responsibility acknowledged in their forecast that the policy measures the Chancellor has announced since October have only ‘offset a third of the overall fall in living standards that would otherwise have occurred in the coming 12 months’. On a similar note, the Resolution Foundation argued that while typical incomes will fall by over £1,000 next year (2022-23), the Treasury is only offering limited support to household budgets: an average boost of £110.

The Social Market Foundation noted that the changes to National Insurance and cuts to fuel duty will help some households, but do much less for the poorest and more vulnerable. The Resolution Foundation pointed out that only £1 in every £3 for the measures announced yesterday will go to the bottom half of the income distribution while IFS Director Paul Johnson similarly noted that the Chancellor ‘has done nothing more for those dependent on benefits, the very poorest, besides a small amount of extra cash for local authorities to dispense at their discretion. Their benefits will rise by just 3.1% for the coming financial year. Their cost of living could well rise by 10%.’

Dave Innes, Head of Economics at the Joseph Rowntree Foundation, also believes that the Chancellor had plenty of headroom to uprate benefits in line with inflation.

Looking further ahead, the Chancellor also announced a 1p cut in the basic rate of Income Tax for April 2024. Shadow Chancellor Rachel Reeves mocked Sunak’s claims to be a tax cutter saying ‘The Chancellor can say as many times as he likes that he’s a tax-cutting Chancellor but it’s a bit like a kid in his bedroom playing air guitar – he’s not a rockstar. The problem is for this Chancellor, is that by the end of this Parliament seven out of eight people will be paying more taxes – only one in eight will be paying less taxes’.

On this, the Office for Budget Responsibility argued that the net tax cuts announced in this Spring Statement offset around a sixth of the net tax rise introduced by this Chancellor since he took over the role in February 2020, and just over a quarter of the personal tax rises he announced last year (the freezing of the income tax personal allowance and higher-rate threshold, and new health and social care levy).

The Resolution Foundation agreed that the gains of this and the lasting impact of a higher National Insurance threshold are more than wiped out by previously announced tax rises: the Health and Care Levy combined with the freeze to Income Tax thresholds. Similarly, IFS Director Paul Johnson noted that despite the tax cutting measures announced, almost all workers will be paying more tax on their earnings in 2025 than they would have been paying without this parliament’s reforms to income tax and NICs.