You are here: Home / Politics / Covid-19: Weekly Health Summary – 25 March
Previous Back to all Next 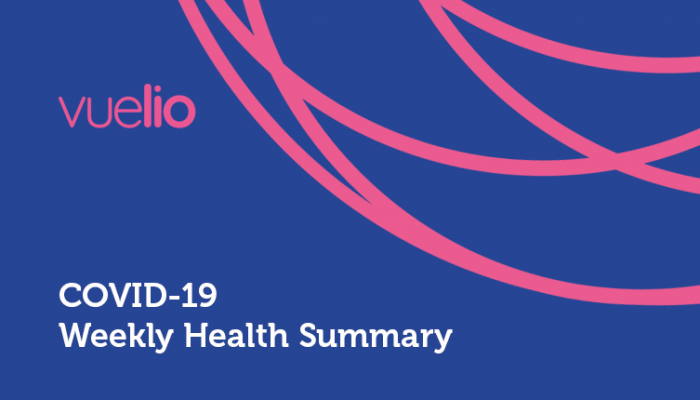 Anniversary of the first Covid-19 lockdown
In the week that marks a year since the first lockdown was announced in the UK, the Prime Minister spoke of the ‘epic endurance’ of the British people. Speaking at the Downing Street Press Conference he said: ‘For month after month our collective fight against Coronavirus was like fighting in the dark against a callous and invisible enemy, until science helped us to turn the lights on and to gain the upper hand’.

The Prime Minister gave his thanks for the efforts behind the vaccine roll-out as well as the ongoing effort of public sector workers including in the NHS, social care, education and the police.

The Government is yet to confirm its plans to hold a public inquiry to the handling of the coronavirus pandemic, despite calls from the Opposition. During Prime Minister’s Questions this week, Opposition Leader Kier Starmer spoke of the ‘shocking’ numbers of people who have lost their lives to Covid-19. He said: ‘As soon as restrictions lift, there must be a full public inquiry, because that is the only way we can get to the bottom of the many mistakes that were made during the pandemic and find justice for those who have suffered so much.’

The Prime Minister said that there will be an inquiry into the lessons learned as soon as it is right to do so, when it won’t diverge the attention of the key officials involved.

UK Health Security Agency
The Health Secretary Matt Hancock has announced that a new agency, UK Health Security Agency (UKHSA), will be established in April 2021 to lead protection against future health threats. The UKHSA, which is to replace the short-lived National Institute for Health Protection, will become the UK leader for health security, providing intellectual, scientific and operational leadership at national and local level, as well as on the global stage.

The body is ran by Deputy Chief Medical Office, Dr Jenny Harries and will bring together the key elements of Public Health England with the Joint Biosecurity Centre (JBC), and NHS Test and Trace. UKHSA will initially focus on the continued fight against the COVID-19 pandemic.

Responding to the announced, NHS Providers said: ‘We welcome further clarity from the Government on the new public health infrastructure. The pandemic has highlighted why it is so important to have long-term investment in public health services in recognition of the vital role they play in supporting overall health and wellbeing and building resilience in health protection’.

The new agency has also been welcomed by Cllr Ian Hudspeth, Chairman of the Local Government Association’s Community Wellbeing Board, who said: ‘The UKHSA needs to be able to operate nationally as a global player to major health threats. This needs to be aligned with councils’ ability to react swiftly on the ground, using their local knowledge, expertise and skills.’

There have also been wider calls for clarity on the other areas of public health, surrounding the broader determinants of health, including from the Health Foundation who said: ‘While the focus now is on organising to make sure the country can respond better to a future pandemic, much more important in the long run is making sure that Public Health England’s existing function to improve the health of the population is strengthened, and commands more political focus and investment.’

The Coronavirus Act
The Coronavirus Act will have its annual debate in Parliament today. Members are expected to keep the Act in place, but the Government has suggested the removal of some of the Act’s components. Most notably as part of the it’s one-year report, the Government has concluded that it will seek to end the controversial ‘Care Act Easements’ which relaxed the duties for local authorities to provide care.

In England, only eight local authorities (LAs) have used these powers, but not since 29 June 2020. The Government said that over the past year, support groups and the social care workforce have remained resilient under significant pressure, and continued to deliver their duties without the need to operate under easements.

Adult social care
A report published by The National Audit Office today on adult social care has concluded that innovation and investment in the sector have been hampered by short-term funding and the lack of a long-term vision.

It said: ‘COVID-19 has focused attention on social care as never before. It has highlighted existing problems with social care and emphasised significant gaps in the Department’s understanding of the market’.

Responding to the report, Danny Mortimer, chief executive of the NHS Confederation, said that the ‘pandemic has shone a harsh light on how fragile and severely under-resourced the country’s social care system has become after failures by successive Governments of all parties to act.’

He has called for the Government to rapidly deliver on its manifesto pledge to transform the sector. The Nuffield Trust said that the report has exposed the fundamental flaws and fragility of the social care provider market: ‘Organisations providing adult social care were struggling long before the pandemic took hold, with years of delay to any meaningful reform of the sector storing up the problems exacerbated by the pressure of Covid-19.’