You are here: Home / PR Pulse / Digital banking versus traditional banking
Previous Back to all Next 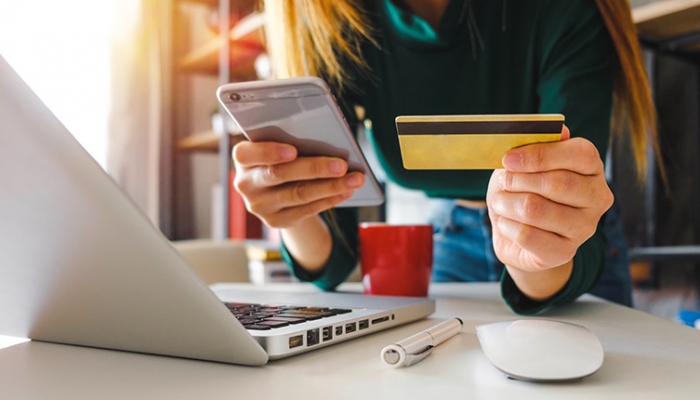 Laura Rettie is the chief communications officer at 71a, the digital marketing consultancy created by the team behind the financial comparison site money.co.uk.

The pandemic has hit the high street hard and led to the closure of hundreds of branches of banks. In this guest post, I’ll explore the rise of app-based banks and compare them to their traditional counterparts.

An app-based bank doesn’t have any high street branches and you can’t talk to anyone. App-based banks provide all the same functions as a traditional bank, but everything takes place exclusively over an application on your smartphone.

What are the advantages of app-based banking?
1. Better deals – Because app-based banks don’t have to pay for buildings and branch staff, they can afford to offer better rates and fees on their products like savings accounts, credit cards, loans and spending abroad. They also partner with other digital banks, meaning they have access to preferential rates and their fees tend to be lower too.
2. Time saver – Because you don’t have to travel to your nearest branch or queue up to speak to branch staff, app-based banks save you time when you need to manage your money, providing 24/7 access to everything, anywhere. If you want to order a new card or view your PIN the process takes a couple of taps.
3. Budgeting tools – App-based banks are ahead of the curve when it comes to providing their customers with ways to sensibly manage their money, providing customers with budgeting tools, intuitive ways to pay and notifications for when you’ve gone over your budget.

What are the similarities between app-based banks and traditional banks?
1. Regulation – Both are regulated by the same banking laws and basic regulatory requirements.
2. Customer service – Some traditional banks have excellent customer service. Still, app-based banks have had to go the extra mile to persuade customers that the digital approach is as safe and effective as traditional banking.
3. Full suite of current account services – Both offer overdrafts, savings accounts, debit cards and the ability to link your account to your mobile wallet such as Apple Pay.

What are the disadvantages of app-based banking?
1. Depositing cash & cheques – If you find yourself needing to deposit cheques or paying in cash regularly, you may find you’re limited using app-based banks.
2. Personal touch – Once upon a time, your bank manager would be the person you’d talk to about borrowing money, mortgages and investing. If you like the reassurance of speaking to someone about managing your money, app-based banks might not be for you. In the wake of the pandemic, I suspect many banking customers have already gotten used to this not being readily available to them.
3. Smartphone usage – You’ll need a smartphone to get access to app-based banks, and you’ll want to keep your phone charged if you need to manage your money.

How long before all banks become app-based banks?
For me, the answer lies in human behaviour.

Currently, it’s estimated that over 54 million individuals in the UK have a bank account of some description. As of January 2021, 14 million of us opened an app-based bank account.
So, what’s it going to take for the remaining 40 million people in the UK to do the same?

There are two examples in recent history of human behaving changing significantly over time.
One is the rise of mobile phone ownership, and the other is the speed at which the high street is dying as people turn to shopping online.

Some people may be waiting for their traditional bank to catch up – many of the high street banks now offer a plethora of online banking tools, so you could argue the experience isn’t all that different from using an app-based bank.

In reality, though, it will take years for traditional banks to catch up with their digital siblings. It’s like trying to turn an enormous ship around – their systems are built on legacy technology that will take a long time to replace. The infrastructure of their businesses are complex, and it’s going to cost a lot of money to attract young coders and developers needed to create the platforms the app-based banks have without the same desirable offices, benefits and culture the digital banks offer.

I have two bank accounts. One is with a traditional bank, HSBC, and the other is with digital bank, Monzo. Interestingly I still choose for my wages to be paid into my HSBC account, despite understanding the benefits of digital banking.

Why? Because it’s a habit, it will take me a few years and a few more mates to do it first for me to make the transition. It will happen, but I’ve owned a mobile phone for twenty years and still have a landline phone, you know, just in case.

Did you know you’re more likely to get a divorce than you are to switch current accounts?

It will likely be a while before we see all the traditional banks close their doors for good; after all, we’re creatures of habit.

Keep up with the fortunes of the banking industry with The Banking Comms Index.