You are here: Home / PR Pulse / Film blogger spotlight: Movie Marker
Previous Back to all Next 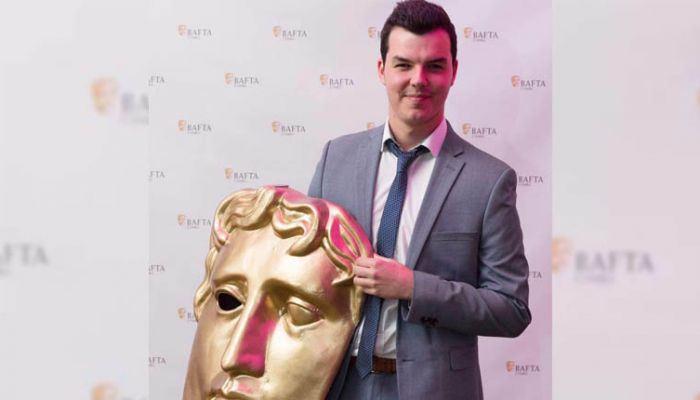 Luke Walkley created Movie Marker as a place to share film reviews and provide in-depth insights into the meanings behind the movies. Recently ranked in our Top 10 UK Film Blogs and with a team of  30 reviewers, including a larger number of female contributors to male, Movie Marker is going some way to addressing the imbalance in the film journalism world.

We caught up with Luke to find out how awards season affects his content, his Oscars predictions and his favourite campaigns he’s collaborated on.

What’s in store for the blog in 2019?
Movie Marker is looking to be more representative of film criticism, the wider film community and society as a whole. By offering as many opportunities as we can to under-represented voices in the film world we hope to at least make a small contribution towards improving the situation, making film-criticism far more inclusive and fair.

Which film are you most excited about this year?
There’s so many great films heading our way in 2019. Avengers: Endgame is probably the biggest blockbuster we’re excited about. Along with Toy Story 4 and Star Wars: Episode IX. The one film I’m most excited about however, is Martin Scorsese’s The Irishman

How are the likes of Netflix changing the industry?
I’d argue that Netflix is changing cinema for the better, though many disagree. They’re funding films that otherwise wouldn’t have been made and making these wonderful films, such as Roma, accessible to a wider audience.

Which films/stars will win the big five categories at the Oscars?
Bradley Cooper & Lady Gaga’s A Star Is Born looked set to take home some of the big prizes, however in recent weeks the likes of Green Book and Bohemian Rhapsody have grown in momentum and could spring a few surprises!

How does awards season affect your content and planning?
It’s a huge part of our year in terms of content and traffic, the films and awards ceremonies come thick and fast and if the content is of a high quality it means we bring back regular readers each time to our coverage! In fact, our awards coverage has become such a pivotal part of our content that we have a dedicated awards editor!

What advice would you give PRs/brands who want to work with you?
Be open with what they expect and be realistic in what they’re expecting – we’re lucky enough to have built great relationships with PR teams so we have very open and honest discussions around how we can work with them.

What do PRs do that’s wrong?
Expect something for nothing. We get a lot of requests for coverage and a lot of the time we’re expected to post articles/footage/ticket information, which all takes time, yet very rarely rewarded for doing so. I’m not necessarily even talking about payment, but a kind-of ‘you scratch our back, we’ll scratch yours’ way of helping each other helps both of us achieve our goals!

How do you work with different channels for the blog?
The vast majority of our traffic is driven via social channels – we’re lucky enough to have over 30,000 followers across the big social media platforms and as we don’t pay for advertising we rely heavily on them to share our content. We’ve recently taken the step into producing more video content for platforms such as YouTube, as there’s a huge audience on there that we perhaps haven’t utilised as well as we could have.

What are the best campaigns you’ve collaborated on?
We’ve been lucky enough to work on some amazing campaigns with cinema chains, on-demand platforms and film festivals. The best campaigns are always those where you actively enjoy the content you’re able to create. Of course it ties into the PR relationships too – working with a great PR team makes the whole experience easy and most of all, fun!

What other blogs do you read?
I read a lot of independent film blogs, usually by those written by just one person as there’s so much talent out there, luckily we have some of those brilliant writers on our team! Of course seeing what similar outlets are doing is helpful – but there’s no real element of competition from our end as such, just inspiration to improve Movie Marker as much as possible.