You are here: Home / Five Things / Five Things: Injunction, Ross the thief, Radio 2, Facebook and Popémon ...
Previous Back to all Next 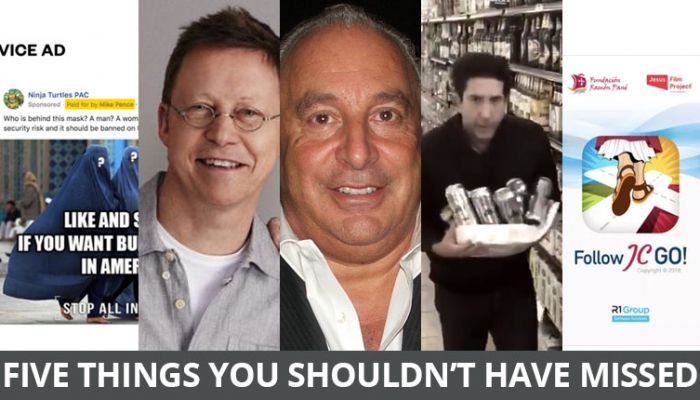 Don’t forget next week’s Five Things will be an hour later because the clocks go back this weekend. 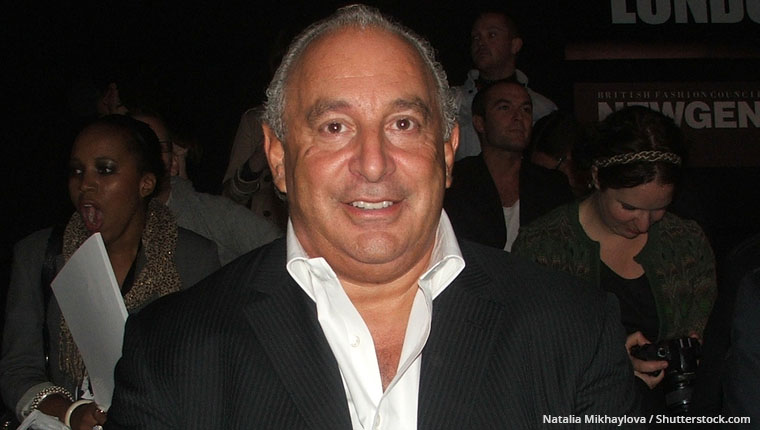 The biggest story of the week is undoubtedly the injunction that stopped the Telegraph from publishing its investigation. Making the front page of The Daily Telegraph midweek, the story was headlined ‘The British #MeToo scandal which cannot be revealed’.

With speculation rife over the ‘leading business’ who was at the centre of the storm (including this amusing denial from Lord Sugar), Lord Hain used his parliamentary privilege to name Sir Philip Green as the man behind the injunction.

As reported by ITV News, Green has ‘categorically and wholly’ denied being guilty of any ‘unlawful sexual or racist behaviour’. Hain has been criticised for using parliamentary privilege – and the Guardian reports this will now reopen the issue of whether MPs or Lords should be able to speak with impunity.

It’s also likely to throw the use of injunctions into the spotlight, with many MPs earlier this week claiming you shouldn’t be able to ‘buy silence’.

Expect this one to rumble on. 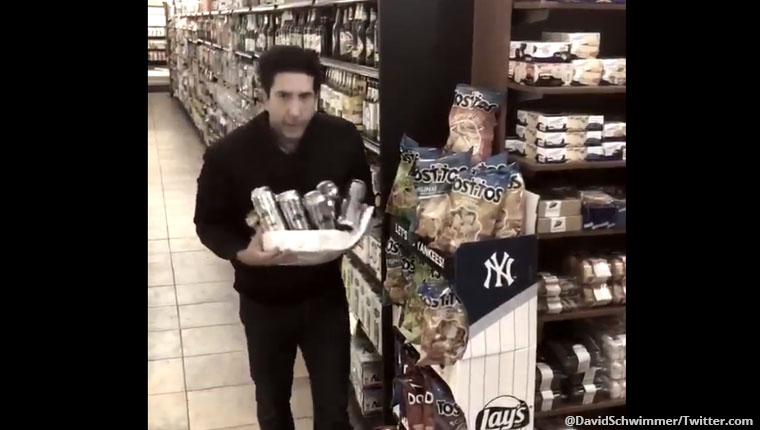 The second biggest story of the week is the David Schwimmer lookalike who was wanted in connection with a theft by Blackpool Police. Not only did the original police appeal on Facebook spawn thousands of jokes in response, it also led to this comedy gold from Ross Geller himself:

Officers, I swear it wasn’t me.
As you can see, I was in New York.
To the hardworking Blackpool Police, good luck with the investigation.#itwasntme pic.twitter.com/EDFF9dZoYR

[INSERT YOUR OWN FRIENDS/ROSS JOKE HERE] 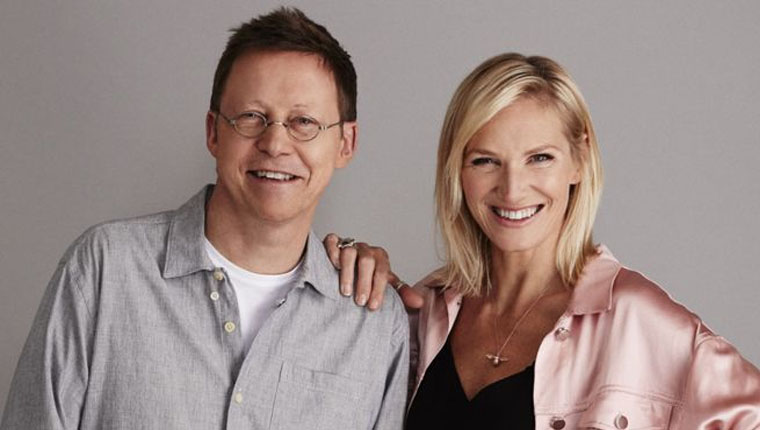 The Radio 2 Drivetime show will end in its current format after co-host Simon Mayo has announced he is leaving the station for good.

He has only been hosting Drivetime with Jo Whiley since May, though has hosted the show solo (alongside his team) for eight years. The new format has never really sat well with listeners who have complained about the lack of chemistry between the two presenters.

BBC News reports that Mayo will not be moving to a rival broadcaster, despite social media reports suggesting otherwise. He will continue to co-host the film show at 5 Live with Mark Kermode.

Mayo’s departure is part of a bigger catalogue of changes at Radio 2 – not only will the Drivetime show get a new host (Whiley is moving back to the evening slot), the breakfast show is losing Chris Evans in the New Year when he is replaced by Zoe Ball. Radio is often overlooked when we discuss PR and campaigns, but with 50 million radio listeners a week, it’s still one of the most popular media channels in the UK and PRs should take note. 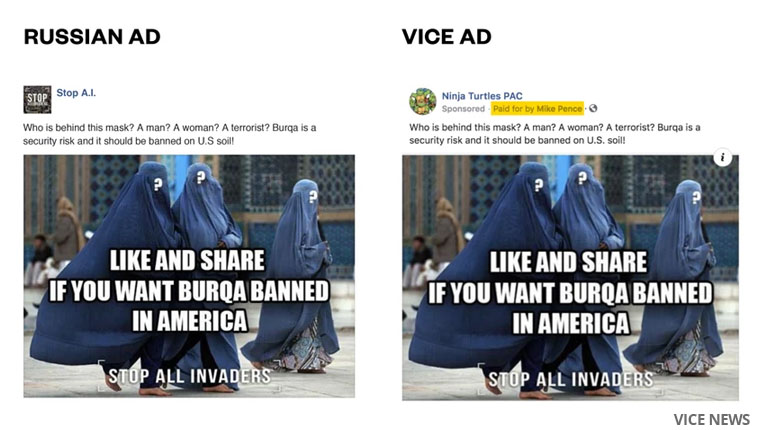 Last week, Nick Clegg was appointed head of global affairs at Facebook, which drew praise from the PR industry. Now he may have his first issue to tackle – no not the £500,000 fine for the Cambridge Analytica data breach issued by the ICO – but VICE News pulling apart Facebook’s ‘more transparent’ political advertising.

VICE placed ads on behalf of prominent political figures including Mike Pence and Tom Perez, which Facebook approved. It also approved an advert on behalf of ‘Islamic State’. VICE tried imitating adverts that have been identified as Russian bot/interference during the election and, again, they were approved.

Facebook did stop an advert submitted by ‘Hillary Clinton’ but gave VICE no explanation as to why.

To submit political ads, VICE was required to submit a valid ID and proof of residence, but there was nothing requiring this to match up to the public facing ‘paid for by’ name.

Check out the full story here. 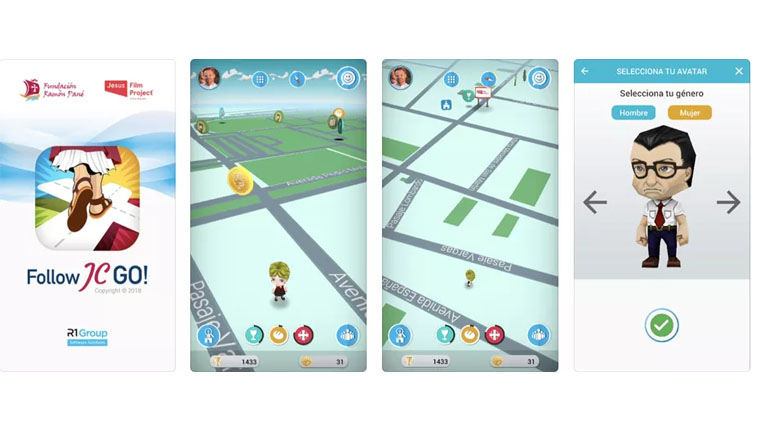 A new Pokémon Go-style game is being released by a Florida-based Catholic evangelical group where instead of pocket monsters, you catch saints and biblical figures. While not coming directly from the church itself, the Pope apparently approves of the idea. The app group’s executive director, Ricardo Grzona, said: ‘You know, Francis is not a very technological person, but he was in awe, he understood the idea, what we were trying to do: combine technology with evangelization’.

The app is called ‘Follow JC Go!’. As one Twitter user pointed out they missed a trick – they should have called it Popémon Go.

Seen something we missed? Let us know on Twitter @Vuelio.