You are here: Home / Communications / Germany and social media win 2014 World Cup
Previous Back to all Next

Even as Germany is crowned champions of the 2014 FIFA World Cup, the real winners of this tournament has undoubtedly been social media platforms and newsrooms. With every exciting match leading up to the finals, top sites such as Twitter, Facebook, Instagram and Google among others, witnessed interactivity soar, setting new engagement records and making this year’s World Cup the most social sporting event in history.

Facebook released its official World Cup data today. The networking site reported an estimated audience of more than 750 million people worldwide over the course of the 64 matches played. Facebook data scientists Carlos Greg Diuk and Onur Ismail Filiz  said: ‘With 1.2 billion users around the globe, Facebook is the main social platform where people express their support for teams and players. Through the end of the semi-finals, over 300 million people on Facebook generated more than 2 billion interactions (posts, comments, likes) related to the World Cup.’

The micro-blogging platform kept audiences up-t0-date with consistent updates and insights on how the world watched and tweeted the World Cup:

And here’s a map showing which countries mention #GER #ARG the most before #wcfinal LINK: https://t.co/9mW3Pq6ifB pic.twitter.com/aHVNfLBdT7

Google’s World Cup newsroom had a dedicated team of data scientists, designers, editors and translators capturing what people were searching for in relation to the World Cup  and breaking it down into interesting and sometimes quirky trends: 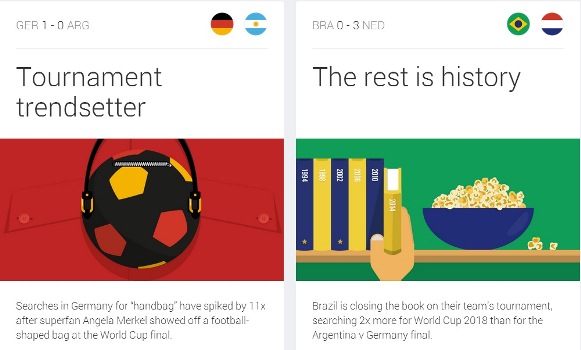 FIFA World Cup’s official profile on Instagram meanwhile is a look book of the tournament, reflecting excitement, despair and all the emotions in-between, triggered by the games. 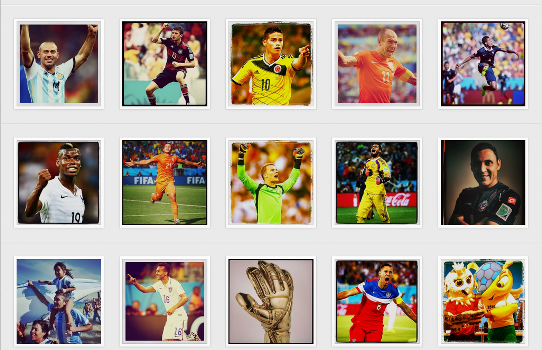 Meanwhile, brands also played an important role in communicating online. Here are some of the best (and worst) examples of real time marketing:

When Holland beat Mexico, KLM tweeted (and was under fire for): 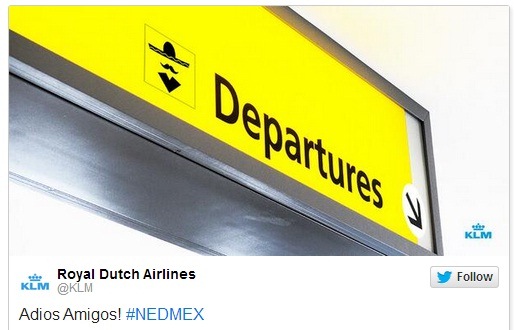 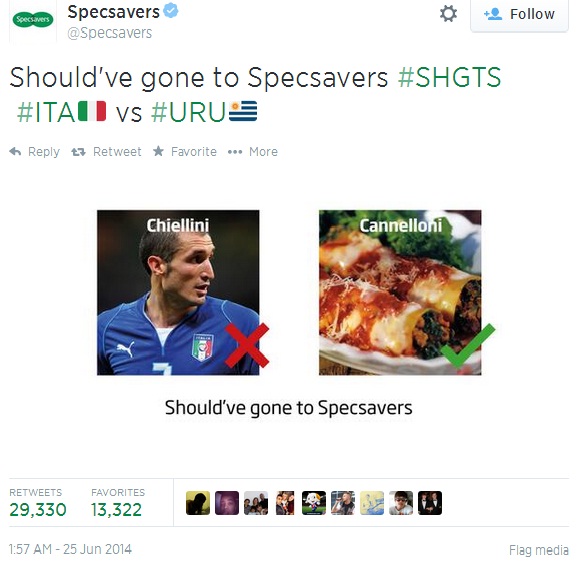 And Adidas celebrates Germany’s victory with:

The World Cup has come to an end but what these levels of online interactions signify is a step forward for the media and entertainment  industry, particularly as brand marketers increasingly try to captivate audiences on mainstream and digital media through integrated campaigns.