You are here: Home / Marketing / Bellwether Report: UK firms raise marketing spends
Previous Back to all Next 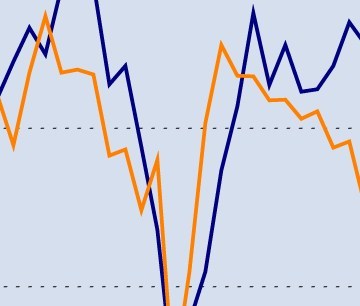 The Q3 2014 IPA Bellwether Report, published today, revealed that marketing budgets were revised up for the eighth consecutive quarter, and to the third highest level in the survey’s history, as companies remain bullish about the business outlook.

The report found a net balance of 12.6% of companies registered an increase in budgets during Q3 2014, although this was down for a second quarter running.

The results also noted that companies were at their most optimistic regarding full-year budgets since 2007, with 26% of firms recording an increase.

However, a net balance of only 1% of companies increasing their PR spends this quarter, which is down from 3.9% of companies that did so during the April-June period.

The sharpest upward revisions to marketing budgets were made to internet (14.5%) and main media advertising  (9.2%), while events and direct marketing also recorded a marked increase with  net balances of 7.8%  and 2.1% respectively.

In contrast, there were reductions in budgets for sales promotions (-1.1%) and market research (-1.7%).

Chris Williamson, chief economist at Markit and author of the Bellwether report said: ‘Companies remain bullish about the business outlook, ratcheting up their marketing spend once again and adding to prospects of the economy continuing to grow strongly as we head towards the end of the year.
‘The third quarter upward revision to marketing budgets was the third largest recorded since the survey began in 2000, exceeded only by the upward revisions already seen in the first two quarters of the year. This represents a remarkably positive picture of companies gaining confidence about the economic outlook as the year has proceeded, ploughing more money into budgets that had already been set higher at the start of the year. At this rate, 2014 is panning out to be the best year for growth of marketing spend in the survey’s 15-year history.’