You are here: Home / PR Pulse / Green Blogger Spotlight: Jeremy Williams, The Earthbound Report
Previous Back to all Next 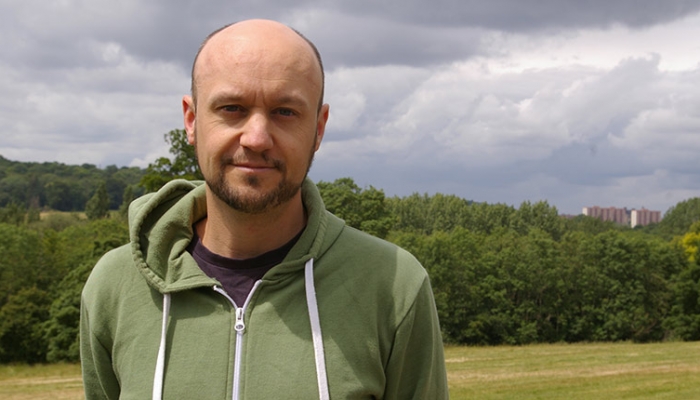 Jeremy Williams has been writing about the environment from the age of eight, making him ideally experienced to blog about the topic for The Earthbound Report, one of our top ten Green blogs in the UK.

Read on for more about Jeremy’s focus on ‘solutions journalism’ and how for him, going green isn’t ‘just a lifestyle choice’ but about being on the right side of history.

How did you originally get started with writing about green issues?
I grew up in Madagascar, which is one of the world’s biodiversity hotspots. 80% of the country’s plants and animals are unique, lemurs being the most famous. It also had deforestation, pollution, wildfires and erosion all up-front and very visible. From an early age, I saw wonders and disasters side by side. I remember writing about the environment from about the age of eight.

What’s your favourite thing to post about and why?
I’m part of a movement called ‘solutions journalism’, which aims to report on how people respond to problems as well as the problems themselves – something that’s easily overlooked in the news. If I want to write about an issue, I’ll try to find a person or project that’s solving it and use that as a way in. My favourite things to post are profiles of people or businesses that are doing something extraordinary to solve the world’s biggest problems.

How have you had to change your approach to blogging during the COVID-19 crisis?
I actually asked my readers about this, and their general opinion was that I should carry on as before. They could read about COVID-19 in plenty of other places! I haven’t ignored it, but I haven’t made any great changes to the kind of thing I was posting. It has rather dominated conversation, so it’s been good to set it to one side on the blog.

What are some of the environmental stories/issues happening at the moment that you’d wish more people knew about?
There’s been this explosion of interest in climate change in the last year, which is really exciting. What’s still missing for me is that most people still have it categorised mainly as an environmental issue in their minds. It is, but climate change is caused by the world’s richest people and affects the poorest first, so it’s also a massive injustice. And since the world’s poorest are mainly people of colour, it’s also a racial injustice. It can be hard to talk about sometimes, but ‘going green’ isn’t a lifestyle choice, it’s about being on the right side of history. I wish more people recognised that – and a growing number of people are.

For those who are just getting into greener living, what are three small changes you would recommend people start with?
The two things that will make the biggest difference to our carbon footprints are to eat less meat and fly less. If you can’t imagine giving those things up completely, start with a smaller step – a meat free day, or one flight less a year. Don’t stop there, though! Ramp it up as you gain confidence and discover alternatives. And as a third change, talk about it. There’s a social silence around climate change. It often makes people uncomfortable and defensive, and we need to be brave and have those conversations about how we want to live and what matters to us.

Will the growth of veganism continue?
I think the decline of meat eating will continue, for sure. Full vegan is a high bar and it will never appeal to everybody, so that’s going to plateau at some point. I applaud everyone that makes the choice, but I wouldn’t want people to think that because they couldn’t go 100% vegan, they shouldn’t bother going halfway.

Do you think the ‘VSCO girl’ trend has ultimately been a good or bad thing for the awareness of green issues?
I wore Birkenstocks before they were cool, jus’sayin. I’m wearing some right now. But I am male, in my thirties and bald, so that’s where the overlap between me and the VCSO girls both begins and ends… I suppose there’s a risk that these kinds of trends make green issues into a consumer choice, where we do the right thing when it makes us feel good, and don’t really challenge ourselves on the harder stuff. But it is probably making certain ethical choices normal and aspirational, and that’s a useful contribution.

How do you collaborate with brands and which kind of brands do you really like working with?
The themes of the blog don’t really lend themselves to brand collaborations very well, but I do occasionally run posts on green energy or products. I do lots of book reviews. I don’t run ads or do sponsored posts on the blog, because I value editorial independence. Unfortunately, that means I basically turn away free money on an almost daily basis, which is kind of painful!

For PRs looking to work with you and your blog/website, how would you prefer they approach you and with what kind of content?
Email is easiest. The content I’m most likely to use is new scientific research, campaign launches, innovative green technologies and projects. Other people in the top ten green blogs are covering the lifestyle stuff better than I ever will, so I’m less likely to write about products and services unless they’re doing something groundbreaking.

What other blogs do you check out regularly (whether green-related or not)?
One of my favourites is the Greenpeace investigative blog UnEarthed, and I recently discovered the business facing Future Net Zero. In another life I’d have been an architect, so I love to check out beautiful and ingenious buildings on Inhabitat or ArchDaily.