You are here: Home / Q&A / Guardian’s Owen Jones: ‘Social media democratises the medi...
Previous Back to all Next

Owen Jones is an award winning journalist and is the author of the book Chavs: The Demonization of the Working Class, published in 2011. Previously at The Independent, Owen was recently appointed columnist at The Guardian.
In the first of his two part interview with Vuelio, Owen shares his views on the importance of social media and his passion for politics. 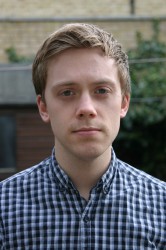 Congratulations on your appointment as a columnist at the Guardian – How have you found the role so far?
The Guardian is a newspaper I have read for many years. My parents read it. I have so much respect for the columnists and journalists there. They have impacted me growing up, so it definitely feels like home.

Plus the Guardian is at its peak right now. It just won the Pulitzer Prize. Its website gets millions of unique users. It exposed the NSA eavesdropping scandal. It is a newspaper that has a lot of influence in progressive politics. I always like to challenge the consensus and explore ideas using my writing as a platform to reach people, so it just made sense to write for the Guardian.

You are known for your political views and you previously worked as a researcher for Trade Unions. Did you ever consider going into politics?
I worked for the MP John McDonald and organised back bench rebellions on issues such as war, pay and pensions. But I have always said no to standing as an MP whenever I have been asked. I am happy doing what I’m doing right now. I’m not a careerist in any way. I want to raise ideas and issues to as many people as possible. I have always stood up for what I believe in and would rather encourage other people, particularly from working class backgrounds, who I think would make great MPs. For example, last year, I won the Young Writer of the Year at the Political Book of the Year Awards. I was given the £3,000 prize, donated by Lord Ashcroft, and I gave half of the prize money to a charity for Disabled People against the Cuts and the other half to a lady called Lisa Forbes who I believe would make a great MP.

Where do you get ideas and inspiration for your writing?
I sometimes use Think Tanks and see what research is being done. I also get a lot of emails from people, be it ordinary people or activists, who come to me with issues they want me to raise. People know that I am passionate about politics and so will often think of me for certain topics. I always like to challenge myself.

How do you work with communication and PR professionals?
I don’t really have a direct relationship with PRs. But as a journalist you always have to be aware and scrutinise any spin or potential vested interests in content. I think that as long as journalists scrutinise the content they receive, that should pave the way for healthy relationships with PRs.

How has social media changed the way in which you publish and promote stories and how important is the use of social media to you?
Social media holds journalists to account and it also democratises the media by giving people a voice. It also means that you can reach greater numbers of people instantly. It allows people you trust on the ground, who don’t work for newspapers, to get their point of view across to you. As a columnist this is a great way for me to reach people who have been affected by the topic that I may be working on. For example, if I am writing a piece on racism, then I can use social media to communicate with real people who have been affected and learn from them. It is also a great way to give shout outs to people who may be raising money for charity. Another great example of the instantaneousness of social media is when I was working on a piece about soldiers and within five minutes of putting it on Twitter, I had lots of soldiers getting in touch with me.

Particularly for someone like me who stands on the outside of the mainstream establishment, social media is a great way for me to get my views across and to engage with other people and hear what they really think. This is important as there should be always be communication, I don’t want it to be just me in a one way dialogue.

Is it now a part of traditional media’s policy to actively generate interest and activity on social media or are journalists taking it upon themselves to use it as a tool to promote content?
I have always used social media, from when I was blogging to when I worked at The Independent, so I have always been aware of its importance. Social media now plays a major role in how people read the news. People pick and choose articles from a range of publications, with more people reading news online than in print. This is true of The Guardian and its vast online readership.

I have quite a diverse Twitter following. I also use Facebook a lot. I personally believe that as a columnist you should be on and using social media, otherwise you are potentially cutting out up to three quarters of your readership. I know that I have needed social media in my career and I owe it a lot. On certain occasions producers have seen a tweet and asked me to talk about it on TV, which is yet another platform to get ideas across and create a space for discussions.

In part two of the interview, which will be published tomorrow, Owen discusses the reaction to his debut book which tackled the stereotypes associated with the British working class and lets us know what we can expect from his latest book venture about the British establishment. Stay tuned!