You are here: Home / Politics / Health and care system reform
Previous Back to all Next 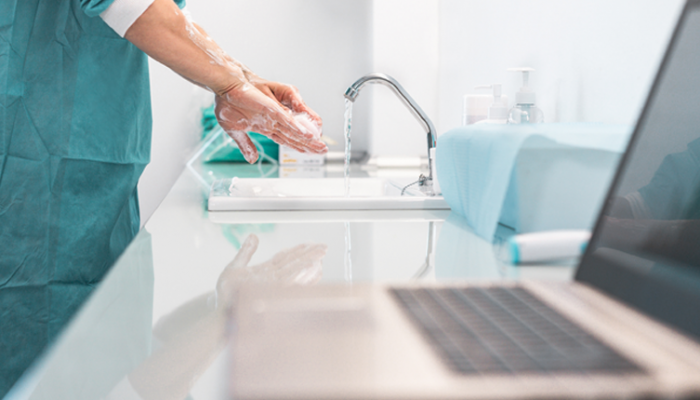 The Government laid out wide ranging reform of the health and care system yesterday. The White Paper ‘Integration and Innovation’, marks a structural shift away from the coalition Government reforms of 2012, and sets out ambitious legislative proposals for a new Health and Care Bill.

The main aims of the proposals are to integrate healthcare systems, reduce bureaucracy and strengthen accountability in the sector. Announcing the plans, Health and Social Care Secretary Matt Hancock said: ‘Even before the pandemic, it was clear that reform was needed to update the law, to improve how the NHS operates and to reduce bureaucracy… All parts of the system told us that they want to embrace modern technology, to innovate, to join up, to share data, to serve people and, ultimately, to be trusted to get on and do all that so that they can improve patient care and save lives.’

The plans propose that Integrated Care Systems (ICS) are rolled out across the country, bringing together NHS organisations, local government and wider partners at a system level. In order to increase collaboration, bureaucracy will be reduced and there will be greater flexibility for the workforce with increased data sharing mechanisms. Aiming to improve accountability and public confidence, the Secretary of State will have greater powers of intervention, including over a newly merged NHS England and NHS Improvement organisation.

Response to the proposals is mixed; although plans to integrate the healthcare system are largely positive, there is some concern over moving power away from NHS England to central Government. Additionally, with the health system still battling an acute wave of the coronavirus pandemic, some are concerned that now is simply not the right time for reform.

Shadow Health and Social Care Secretary Johnathan Ashworth welcomed integration plans, but asked for greater clarity on how the new structures will be governed. He called the decision to give more control to the Government a ‘power grab’ and suggested that changes to competition rules would leave the door open for ‘institutionalised cronyism at the top’.

NHS Providers suggested that the proposals provide an ‘important opportunity to speed up the move to integrate health and care at a local level’, but called for greater detail on the Secretary of State’s new powers over NHS England.

NHS Confederation called the reforms ‘vital for improving patient care’ after the 2012 reforms have ‘largely failed’.

Lou Patten, CEO of NHS Clinical Commissioners and NHS Confederation ICS Lead, called the decision to establish ICSs across the country a ‘logical step’ to build on the progress seen from the past few years. He called for greater detail on how the new systems will be governed, highlighting that retaining the expertise of senior staff throughout the restructuring process is essential.

Alzheimer’s Society said that with the pandemic exposing how ‘truly broken’ the social care system is, greater integration between health and social care is a ‘good step forward’. It argued that any reforms should come in conjunction to a social care system ‘overhaul’.

The Health Foundation also welcomed the decision to increase collaboration between services, suggesting that the proposals could bring ‘real benefits’. However, it argues that with the NHS facing huge challenges due the pandemic and rising waiting lists, a reorganisation of the health system could cause ‘distraction and disruption’. Furthermore, the decision to increase Government power is ‘politically driven’, it argued that ‘the Government’s handling of Covid-19 is no advert for more ministerial intervention in the health system’.

The King’s Fund also welcomed greater collaboration across the heath and care sector. Richard Murray, Chief Executive of The King’s Fund, said: ‘These new plans could give the NHS and its partners greater flexibility to deliver joined-up care to the increasing numbers of people who rely on multiple different services.’

However, it worries that under the new proposals, the day-to-day clinical and operational independence of the NHS will be diminished, and argued that devolving greater power to NHS England was one of the ‘successes’ of past reforms.

In a similar vein, the Institute for Government’s Nicholas Timmins has said greater ministerial control ‘threatens to take the NHS back to the wrong sort of future’. He suggests it could lead a ‘constant chopping and changing of goals’ and less public pressure from within NHS England, which would ultimately be to the detriment of long term performance.

Vuelio Political clients received their copy of the white paper summary yesterday. Find out more about our political products and services.