You are here: Home / PR Pulse / How to build better relationships between PRs and journalists with Journo...
Previous Back to all Next 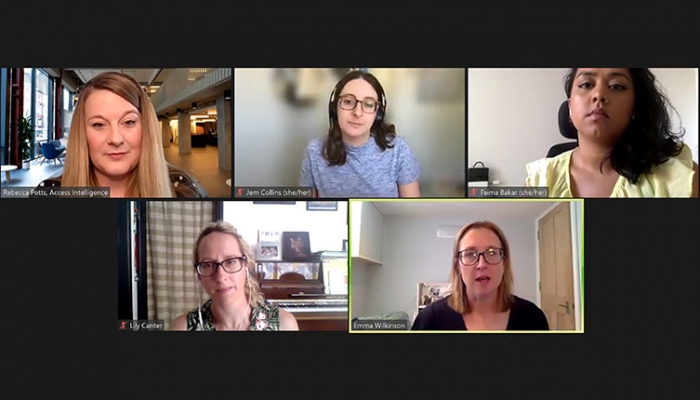 We teamed up with Journo Resources and Freelancing for Journalists for our latest virtual event Building better relationships between PRs and journalists to find out how better connections can make working life a little easier for both sides of the equation.

Each regularly freelance, with the combined panel covering topics as diverse as lifestyle, healthcare, human rights, religion, culture, race, medicine and personal finance. Despite the vast differences in subject, each shared common experiences of working with PRs and how the industry can better serve them in their work.

Not everything has to be a video call
‘I noticed this – if you set up an interview, now PRs are saying to you want to do a video call rather than a phone call,’ said Lily. ‘Zoom is great for this kind of thing, but I prefer doing interviews over phone, for example, because I’m not going to have eye contact with the other person – I’ll be taking notes. We don’t have to do everything as a video call.’

Keep your email signature and Contact Us pages up-to-date
‘Contacting PRs and their clients became harder when working from home, at first – I was in the habit of Googling a client and then calling them,’ said Faima.

‘It was harder to get through to people – I was someone who’d meet up with PRs; I like that face-to-face interaction. I’ve had less contact with PRs since the start of the pandemic, but some have been really good with putting their mobile number on their website.’

Approach freelancers differently than you would staffers
‘It really is a different relationship that you’ll have with freelancers,’ said Lily. ‘My top tip for working with us is that exclusivity is key. We don’t want the release you’ve sent to every single news desk – there’s nothing we can pitch. It’s different if we’re covering a news shift.’

‘It’s not useful to me if I’ve been sent the same thing everyone else has seen,’ said Jem.

‘There’s a big difference between ringing a newsroom, one person on a team, and ringing one person working alone and disrupting them. I’m very guarded with my mobile number because 90% of the time I’m called, it’s to remind me of a press release that isn’t relevant to me, as a freelancer.’

Work with journalists on the ‘smaller’ publications to get a chance at the ‘bigger’ ones in future
‘Be as willing to work with a freelancer on a smaller publication as you would on a larger one,’ said Jem.
‘I’ve found that sometimes PRs won’t want to give something to me because I’m not working on a national for that piece. But PRs that are happy to reply to something smaller are great, and the value in that for the PR is you’ll be the first person the journalist will go to for something bigger.

Connect with journalists by responding to requests
‘I’d really like to emphasise, from my point-of-view, how to build a relationship – it’s not about you coming to me, it’s about you responding to me – that’s where I build relationships,’ advised Lily.

‘If I send out a request via the Responsesource Journalist Enquiry Service or tweet with the #JournoRequest hashtag, I will be more likely to come back to you next time if you reply to me with a relevant expert or relevant content. I’ll be much more likely to work with you and your client.

‘That’s where a relationship starts – with a response. It won’t happen from you emailing me. It’s the same with freelancing – cold-calling editors is hard, responding with what they need is better.’

Give journalists what they’re actually requesting
‘Every good relationship I have with a PR started with them responding to me,’ said Emma. ‘They found a case study, or they knew of some new tech. I’m more likely to have a chat over what I find useful if you’re helped me out. ‘You scratch my back, I’ll scratch yours’ kind of thing.

‘Respond to what has been sent out in the request, exactly. Don’t use it as an opportunity to jump to something else. That sounds super simple, but I do get ‘I don’t have this, but I do have this’ responses. Make sure you do have what I’m looking for – no tangential jump. And be timely – I use the Journalist Enquiry Service when I’m under a deadline; jump on relevant requests quickly.’

Brief your clients fully before offering an interview
‘It’s so important to make sure that if you sent a press release offering case studies, make sure they’re available,’ said Faima.

Lily agreed: ‘It’s really frustrating if case studies and spokespeople haven’t been briefed properly. I understand that things are really busy but if it’s going to work everybody needs to be onboard.’

Watch the full virtual event here for more insight on connecting with journalists as a PR and here are more tips on providing media professionals with the kind of content they’re looking for with the ResponseSource Journalist Enquiry Service.

https://www.vuelio.com/uk/wp-content/uploads/2021/06/Building-better-relationships-between-PRs-and-journalists.jpg 430 760 Phoebe-Jane Boyd https://www.vuelio.com/uk/wp-content/uploads/2019/09/vuelio-logo.png Phoebe-Jane Boyd2021-06-18 11:36:102021-06-18 11:55:40How to build better relationships between PRs and journalists with Journo Resources and Freelancing for Journalists