You are here: Home / media measurement / I’m a celebrity… tweet me out of here
Previous Back to all Next

The annual celebrity jungle adventure that is ITV’s other reality show is in full swing. With one celebrity leaving on medical grounds, three being evicted due to the public’s vote and a third losing a task last night (goodbye Colin Baker), it’s time for Cision to predict the winner (and maybe the losers too).

Using Cision Social Media, the hashtags #imaceleb #imacelebrity #iacgmooh, and a palate of colours we have come up with the data behind the stars.

The following is the social media mentions each celebrity has received since the show began. 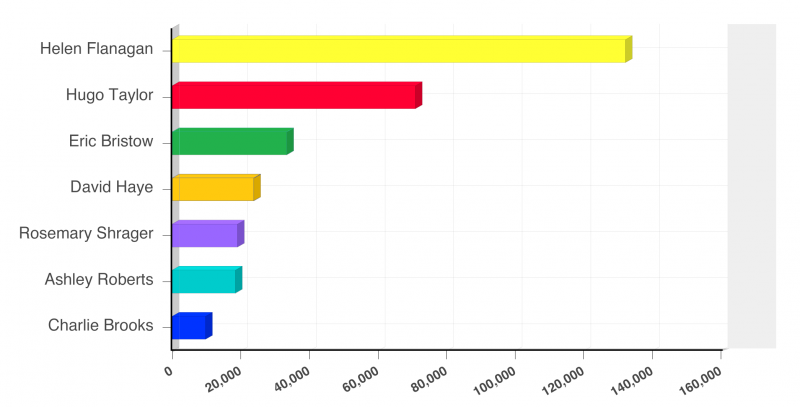 As we can see Helen Flanagan is streaks ahead largely thanks to her early involvement in the ‘Bushtucker trials’ for which she took part in seven of the first eight. This trial period accounts for 86% of her mentions.

Hugo Taylor also has a large peak but only for the first episode where he received 36% of his mentions. This is possibly to do with his comment about Nadine Dorris: ‘If she was my member of parliament I would expect her to be at work’, which received 655 retweets via @heatworld alone. Hugo is consistently talked about and is surely a contender for the crown. This flies in the face of the bookies’ odds which suggest he is least favourite.

The lack of mentions for Rosemary Shrager could be due to the fact she hasn’t been involved in any controversies nor annoyed the viewing public. This could be a route to success or lack of exposure could lead to her being evicted; the bookies think they know which way this one will fall.

At the other end of the scale Charlie Brooks foots the mentions and it gets even worse for her when we focus on everyone’s mentions in the last two days. 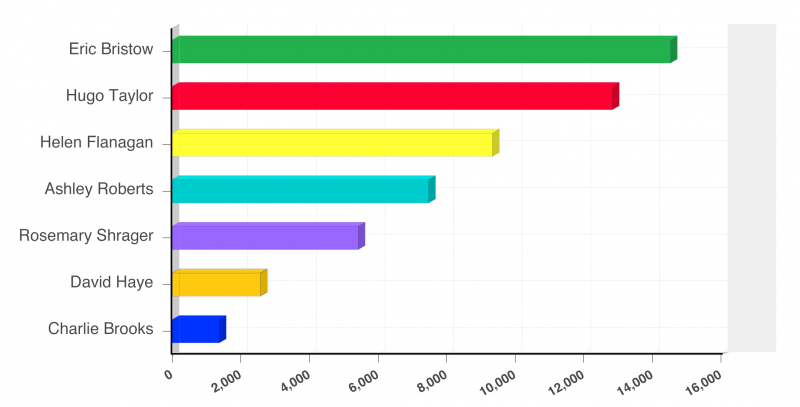 As the audience vote to keep in celebrities, a lack of social media mentions (and therefore audience engagement) suggests Charlie will be next to shout ‘I’m a Celebrity… Get Me Out of Here!’.

All will be revealed tonight.

The graphs and data came from Cision Social Media via CisionPoint.