You are here: Home / Q&A / Journalist Spotlight: Luke Westaway Part One
Previous Back to all Next

Luke Westaway is the editor of Crave at CNET UK and recipient of the Digital Editorial Individual Award at the AOP Digital Publishing Awards. In the first part of his interview, Luke talks about his past, PRs’ relationships with bloggers, and being part of a US website. 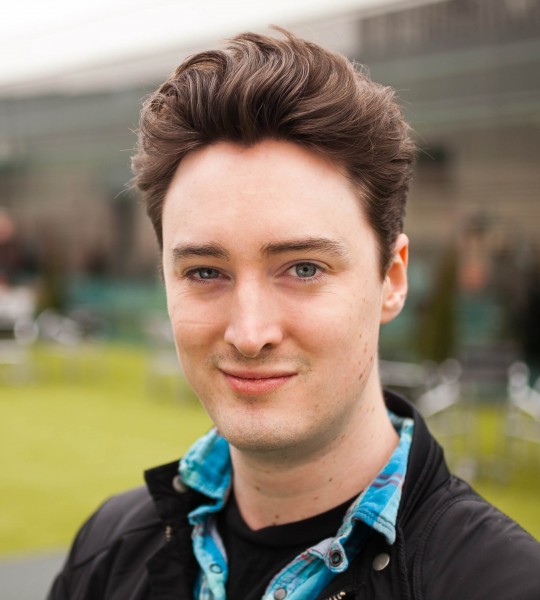 Read part two, in which Luke shares some pitch tips, Crave’s use of video and his love of dinosaur fossils.

How did you get to where you are today?
I left university with a degree in Philosophy, slightly worried I wouldn’t be able to get a job doing anything at all. I worked on social media for a couple of small companies and while I was doing that a colleague, who ran a blog network, was kind enough to let me take over one of the sites. It didn’t get huge traffic but it looked quite nice. It had been lying defunct for a while and he let me make it my own. I really enjoyed doing that in my spare time and that was the point where I thought I should make a go of online writing. So I started pitching round for other work. I was writing odds and sods here and there – I wrote for Nintendo Life, which is a great site with a great community and seriously loyal readers.

To be honest I wasn’t really making enough money to keep afloat. Starting in this industry is a bit of a sink or swim moment, which doesn’t seem right. I wasn’t making enough to survive but I kept at it for a few months. I was very lucky in that I got an internship at CNET; I interned there for a month then a job opened up that I applied for, and a couple of months later I got the job. I was very lucky because it’s not often that jobs are around in this industry, especially not with sites with the sort of audience CNET gets. That said I don’t think I would have got my foot in the door if I couldn’t demonstrate that I had been writing for all these sites and working very hard.

What was working with PRs like in those early days?
I found that PRs were very responsive to me as a blogger, even though I wasn’t working for a big-name site. I realised the key to this business was getting invited to events and getting sent stuff to look at, rather than writing reactionary stories to new tech that’s out there. I didn’t get any major gadgets but PRs were happy to send stuff. I would call up and say, ‘I’ve heard about this’, or, ‘Can I attend your event?’ and PRs were very friendly and receptive about including me and other bloggers. I don’t know if that’s because PRs have a different quota for bloggers or whether they see them as different to the more established sites. I was impressed by the response I got from the PR industry, they were good at letting me come along to stuff and that’s where you meet people. That networking side is super important.

Has it changed a lot now you’re at CNET?
I’m still asking to be invited to stuff; it feels like the PR industry scales slightly weirdly. As CNET is a big site with a massive audience, we get loads of invites and pitches by phone and email every day. There are still things, though, which we have to call PRs about and say, ‘I think you missed us off the list’. It’s odd being on one side of it and not really knowing what’s going on – am I off the list because I’ve annoyed them, is it just a mistake or are they going after a different kind of publication?

I’d be interested to know if PR agencies value bloggers more than the larger sites. Maybe they see them as a safer option? I don’t know how I would get in their heads like that. There’s a thinner line between what counts as a blog and what counts a ‘not-blog’. Flora Graham, who used to work here and is now digital editor of New Scientist, told me the key thing that makes a good online reporter, is a willingness to pick up the phone and ask a question. We sometimes get a ‘no comment’ or they don’t want to talk about it, which is not unusual at all, but as long as you ask that singles out good online reporter.

Congratulations on your AOP Award. What does receiving such an accolade mean to you?
I really love this industry and the online tech business. I’ve been lucky enough to meet some brilliant people and I’m constantly amazed at how friendly and nice everyone is. Even though people work across different rival sites that doesn’t mean there’s not a lot of friendship within the industry. It feels like a very pleasant recognition of the work I do and the work CNET does as well.

How does being part of CNET, a US company, work?
CNET is probably more of a recognisable brand in the US but for the most part it works well. There are a bunch of challenges; chief among them is the time difference really. It’s also not uncommon to ask for things from PRs and for them to say: ‘Don’t worry, we’ve invited someone from the US side’, or, ‘sent them the product’. The UK market is quite specific in terms of tech, there are a lot of differences in the tech that gets released here and in the US. I really enjoy being the British outpost if you like because there’s a lot of exciting stuff here from British and European companies like Raspberry Pi.

The second part of the interview, including working with PRs, video content and Ryan Reynolds over Daniel Radcliffe, is available here. Luke Westaway, Crave at CNET UK and thousands of other media contacts and outlets are available on the Vuelio Media Database.