You are here: Home / Q&A / Media Spotlight: Jocks&Nerds Part Two
Previous Back to all Next

The second part of our interview with Jocks&Nerds founder and editor-in-chief Marcus Agerman Ross explores the magazine’s distribution model, social media and working with PRs.

Part one in available here. 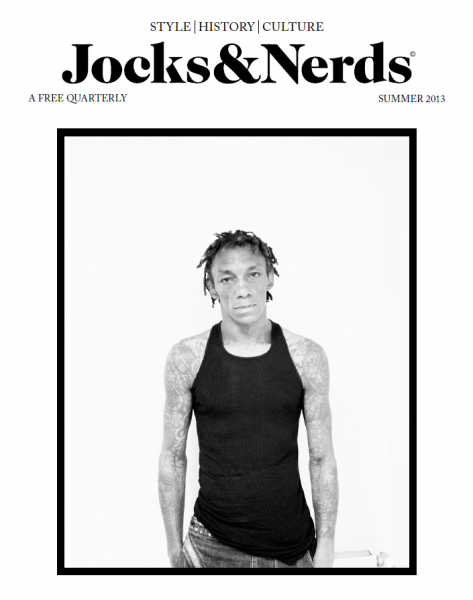 What makes your distribution model successful?
It’s distributed through independent men’s retailers. You can subscribe to it, but if you want to pick it up you have to go to these places. With traditional distribution channels you can’t define the audience as easily. If you’re in the newsagent in Euston Station, all sorts of people pass through there. But if you’re in one of the stores we’re in, you kind of have a clear idea of who will see and pick up the magazine. The other thing is they’re consumer clothing, so we have a valuable link to people.

Also, we don’t have to print millions to reach an audience, which means we can have good quality products. ShortList is the opposite; they have a blanket approach to reaching people. Maybe 1% of people they get the magazine to are interested in it, which means they make a product on cheap paper, it’s small, and the content’s not crafted or researched in the way ours is. All the stores want Jocks&Nerds because it gets people through the door and they can basically give it as a gift to people. Although it’s free, it has a lot of value and so it must to get to the right people. A lot of managing that is where you put it, where you don’t and how it’s displayed.

How successful is social media for you?
To be honest, I’m not a big fan because I’m from an era before it. I find Twitter particularly frustrating because I always say Jocks&Nerds is about storytelling and Twitter doesn’t allow that. Facebook has a generic presentation; ultimately my Facebook page looks the same as Coleman’s Mustard’s Facebook page. I don’t want to be completely dismissive though, it does have its uses. 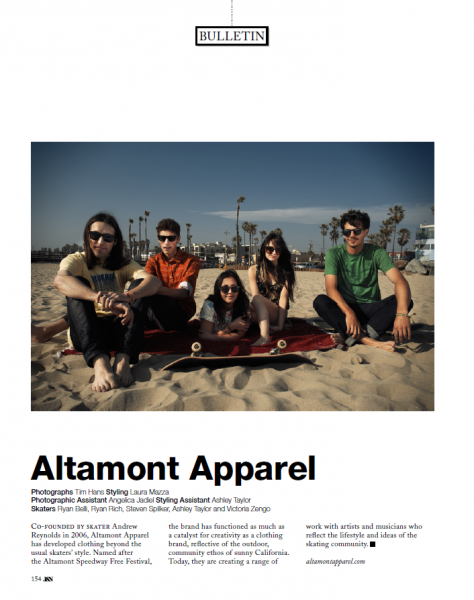 What’s important about Facebook and Twitter particularly, is that’s what people are on every day. So they’re quite good for daily contact. Part of the new website development will include editorial staff who are a little but more knowledgeable and sophisticated in that kind of use. I need to work with someone who is a little bit younger than me, someone who has grown up with it and can explain to me how we can communicate Jocks&Nerds through those mediums.

How do you work with PRs?
We need to be informed about things but likewise everything needs to go through the editorial consideration process. When I started at i-D, no one knew this world would come into existence, so the relationship with PRs has changed a lot; there’s a whole new generation who only know it this way.

I know it from before. When I started at i-D I didn’t even have a computer, you used to communicate with people face to face and on the phone – there was a dialogue and that’s now gone. My problem is when PRs send lots of emails, it might be presented like it’s direct to an individual but it isn’t, it’s a blanket email to a swathe of the press. When you’re a niche mag that has to be seen as the place to go for the inception of things, you can’t write about things that are going to be somewhere else. I always ask PRs to just tell me about stuff and then I can work out stories based on that.

My feeling is PRs are very client facing now and it’s far easier to write a monthly report saying you’ve been on x, y, z website that has a combined hit of half a million. We’re in this era, which I think is going to dissipate again, where everyone’s egos are flattered by numbers and they’re chasing the bottom-line figure. The issue is something like Facebook which is a scroll-through thing and the number of people who see it is not the same as the people who care or will pour over something. And you have no control over the visual; the thing you see before might be Coleman’s Mustard and the thing you see after might be people being tear-gassed in Turkey – is that the environment you want to show your beautiful product that might be aligned to multicultural music?

Print Mags offer that and I think people are realising again that there’s a need for it, which isn’t to say there isn’t a need for the other. You have to combine them in the right way, which is what I want to do moving forward.

What Item of clothing could you not live without?
Hanes white T.

What would your super power be?
Make idiots mute.

Do you have any surprising hobbies or interests?
I used to be a real cycling head and that morphed into triathlons a few years ago. I’m really obsessed with cinema and devour old movies and books on movies a lot (but maybe that’s not very surprising).

Who would play you in a film?
Sean Penn or Liam Neeson.

Editorial information on Marcus Agerman Ross, Jocks&Nerds and thousands of other media contacts and outlets, can be found in the CisionPoint Media Database.

Speedy Spotlight: Anything & Everything