You are here: Home / Politics / Labour Party Conference 2021: Shadow Chancellor Rachel Reeves on the ‘everyday...
Previous Back to all Next 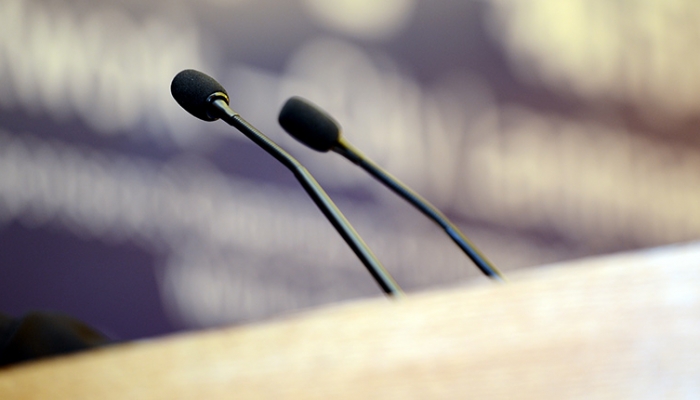 Speaking at her first Labour conference as Shadow Chancellor, Rachel Reeves said she doesn’t look at the economy as just some lines on a graph but instead she concentrates on the ‘everyday economy’, the workers that got us through the Covid crisis and the businesses which give life to our high streets. The steps she outlined ‘represent an approach that is unapologetically pro-worker and unapologetically pro-business’.

Accusing the Government of not respecting the workers that keep our economy going, she highlighted that the Conservatives would take £20 a week from Universal Credit recipients and increase National Insurance tax while allowing food, fuel and energy costs to increase. She set out Labour’s economic plan for Government, including a new deal for all workers which will see zero hours contracts banned, fire and rehire outlawed, sick pay increased, flexible working from day one as well as higher living wages. This came as Shadow Work and Pensions Secretary Jonathan Reynolds told the conference that Labour would not only cancel the cut in Universal Credit but also look to replace Universal Credit with a better system.

In her speech, Rachel Reeves also pledged to make the tax system fairer. Labour will ensure that the tax burden isn’t just falling on the wages of working people, but that those at the top pay their fair share, too. This would include a review of the current tax break system so that it delivers for the taxpayer, rather than those ‘who can afford the best advice’. George Dibb, head of IPPR’s Centre for Economic Justice, welcomed the focus on a fairer tax system saying that right now the system is skewed to tax workers more than those who get their income from property or shares, and hasn’t kept up with the massive boom in property wealth over the past 20 years.

The Shadow Chancellor has pledged to scrap business rates and replace them with fairer system. Labour is also calling on the Government to freeze business rates next year and to increase the threshold for small business rates relief, giving small and medium sized businesses in all sectors a discount next year. To pay for these measures, Labour proposed that the Digital Services Tax should be increased to 12% on some online companies that thrived during the pandemic.

Responding to the Shadow Chancellor Rachel Reeves’ pledges on business rate reform, the Federation of Small Businesses highlighted research indicating that 200,000 small firms would be removed from the business rates system if its reforms were taken forward by Labour as pledged. Their research showed that that the English regions that will most benefit from this reform would be the major political and levelling up battlegrounds of the North East, North West, Yorkshire, and South West of England. Tony Danker, CBI Director-General, said that ‘with businesses just recently starting to recoup their losses a freeze in rates will provide much needed breathing room, as will the rise in rates relief for SMEs. But going it alone on digital services tax is high risk and could undermine the UK’s competitiveness at a time when need to be prioritising going for growth’.

Julian Jessop, Economics Fellow at the Institute of Economic Affairs, said that while business rates do need fundamental reform, none of the main parties has a credible alternative. He also criticised the proposed rises in digital services tax as it is a tax on sales rather than profits – and any increase will inevitably be passed on to consumers.

In her speech, Reeves promised that she would be a ‘responsible chancellor’ and announced that Labour will create a new, independent Office for Value for Money tasked with keeping a watchful eye on how public money is spent. Some have questioned whether ‘Labour’s new quango might just be a rebranding of what is already happening’ while others have argued that key to the success of a new Office for Value for Money will be bringing more smaller firms into local and national government supply chains.

Lastly, Reeves promised that she would be ‘Britain’s first green chancellor’, and confirmed that the next Labour Government would commit an additional £28bn of capital investment in the country’s green transition for each and every year of this decade. The new investment would go on projects including offshore wind, developing hydrogen industry, and insulating homes. IPPR welcomed Labour’s ambition to boost investment in the UK’s transition to net zero saying it would be a significant move towards meeting the annual investment in reducing carbon emissions and the transition to net zero that IPPR calculates is needed at least until 2030, if the UK is to meet its existing net zero target.

For more from this year’s Party Conferences, sign up to our daily newsletters here.