You are here: Home / journalism / London Fashion Week with Catwalk Queen
Previous Back to all Next 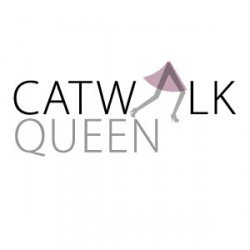 As the fashion nation prepares itself for London Fashion Week, Cision caught up with royalty to discuss the UK’s biggest fashion event.

Catwalk Queen was one of the first fashion blogs in the UK and celebrated its 10th birthday in July. Gemma Cartwright has been the on-off editor for most of that time and currently works for Aigua Media, owners of Catwalk Queen, editing the site and overseeing other titles in the Aigua stable.

What is the importance of London Fashion Week in the industry’s calendar?

Of the four main Fashion Weeks, London’s is the most edgy and often the place that the big high street trends emerge. Our designers are particularly well known at the moment for their use of colour and print. Though there are some established names that have been showing for years, London is really about young talent and young fashion and is often the place people start off before ‘graduating’ to New York, Paris or Milan. It’s here that we sow the seeds of what will be seen in Topshop and H&M next season.

How does Catwalk Queen work with the event?

The short version is that we attend, watch the shows, and report back on the blog about what we’ve seen.

In the early days (I’ve been attending Fashion Week since 2005) the content we produced was reliant on the shows we were invited to. Then as bloggers began to be taken more seriously, it was all about how much you could possibly achieve in those four or five days, how many show reports you could publish, what street style you could snap and how many parties you could attend. I think most bloggers work 15-20 hour days during Fashion Week.

I think with LFW live streaming and sites like Vogue getting pictures up almost instantaneously, everyone has that instant access now, so the emphasis has to be more on having a unique perspective that the reader can really get to grips with. People like street style, but there are a zillion photographers taking photos of the same 50-odd people so it’s less important to me now than it was a few seasons ago. I’m moving my focus towards backstage access, designer exclusives, in-depth show reports of designers I know our readers are interested in, and shopping recommendations/ways that non-industry people can get involved.

You spoke at the Cision Frontline Breakfast in April about attending Fashion Week and accessing content online afterwards, how does this work when creating content?

Fashion is a crowded space online and sometimes I think it’s better to work with what’s available rather than trying to do everything yourself.  I really respect that a lot of people like to do everything themselves but I take advantage of every resource that’s available to me. I’m not a great photographer; I can’t produce high quality video without bringing someone in to help. For me the most important thing is to put a personal spin on Fashion Week reporting. We tend to use images from Getty and video from providers like Rightster, which are not exclusive to us, so it’s important that the content accompanying it is unique.

I’ve written some quite dry show reports in the past when up against tight deadlines, so this season I aim to be more selective and take more time. I think one thing I’ve learned in the last five or six years is that you just can’t do everything! It is better to cover one or two shows a day and do it well than to try and do too much and end up doing it all just adequately.

What is the importance of bloggers to London Fashion Week?

Bloggers have opened up fashion week to people who would perhaps not read glossy mags or big corporate websites. There are so many more opinions about every show and presentation, and I think that is brilliant. New bloggers in particular have an enthusiasm that’s really infectious. It’s nice to see a mix of traditional press, online folks and bloggers at shows.

But equally, there are a lot of bloggers and only so many seats at each show, and I know there is some bitterness about this, both within the blogging community and externally. If I get a ‘no’ to my ticket request, I respect that. I think it lies with the designers and their PR teams to decide which bloggers deserve an invitation. It’s very difficult to keep everyone happy and you have to learn not to take it personally.

What is PR’s place in London Fashion Week? How does this fit in with Catwalk Queen?

Other than the obvious – holding the golden key to the shows – I guess the PR’s role is to manage how the designer’s ‘vision’ is reported and the best way to do this is by providing resources quickly and efficiently.

I find the international PR teams are often a lot quicker at this. During New York Fashion Week we’ll get an email with show notes and a link to a dropbox containing every look from a show within hours of it hitting the runway. This is such a help because we don’t have an in-house photographer; it saves us time and money and pretty much guarantees a gallery feature on Catwalk Queen. In London it can be harder work to get images in particular.

I also really appreciate the PR teams that obviously keep a note of the people they’ve not been able to give a show ticket to, and send them imagery/video/show info straight away.

A little note to PRs who don’t represent Fashion Week designers – do not contact me during fashion week. Just let me get through those 4 or 5 days and then drop me a line.

Editorial information on Gemma Cartwright and Catwalk Queen, along with thousands of other media contacts and websites can be found in the CisionPoint media database.