You are here: Home / Media / Make-up Sales will reach a record £1bn thanks to fashion bloggers
Previous Back to all Next 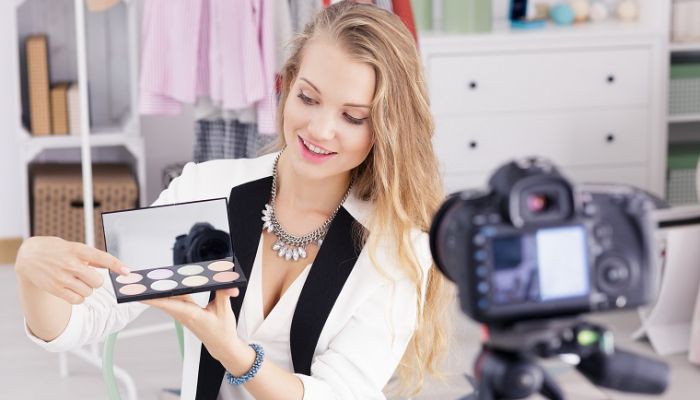 According to new research by Nielsen, in 2016 cosmetic sales were up more than a £1 million a week, with sales of make-up hitting a high of £887 million last year.

It is believed that cut-price brands like Maybelline, Makeup Revolution and Sleek (aimed at teens and younger millennial women) are soaring in popularity largely due to vloggers like Zoella and Tanya Burr, who both launched their own ranges of beauty products on the high street last year.

Manchester-based beauty and lifestyle blogger and vlogger Nafisah Atcha, says that as someone who consumes content by both Zoella and Tanya Burr, she can see how their influence can generate such sales.

She said: “90% of my makeup collection stems from other content creators and their influence”.

It is estimated that one in two women aged 16 to 30 watch make-up vlogs, which is hugely contributing to beauty vloggers becoming highly influential, rivaling traditional commercial advertisers.

She said: “Key brands have picked up on this and what we are seeing now is a merge between the industries. Big brands have featured influencers on big advertising television commercials and have chosen to feature them as ambassadors instead of someone with a celebrity status”.

Radhika believes that the rise of social media influencers shows that consumers trust the opinions of the vloggers, which reflects the growing popularity of the industry.

“I definitely think that more vloggers will launch their own beauty products in 2017. It’s great because they know what their viewers and audience like, so they can launch products that will be in demand. So I think the influence of bloggers and vloggers in selling beauty products will continue to grow. I think they will work with traditional commercial advertisers more, as consumers like to see what products their favourite vlogger or blogger is using”.