You are here: Home / Communications / No words
Previous Back to all Next 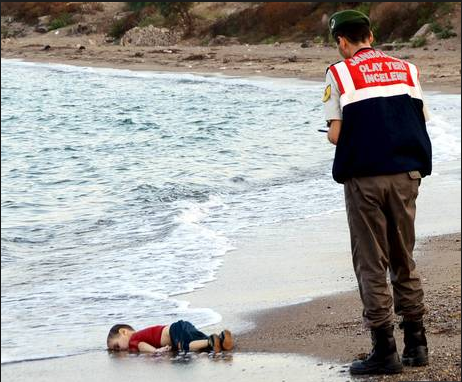 When a Picture Really is Worth a 1,000 Words

Take a look through recent history and you will find numerous images that have dramatically swung public opinion and steered the media and governments to change direction.

Terrifying images like those of nine-year-old Phan Thị Kim Phúc fleeing the aftermath of napalm attack in Vietnam or the bloodied and bandaged faces following the July 7 terror attack in London are seared into the memories of everyone who has viewed them. Many of these images are so powerful, the words that accompanying them are almost redundant.

In recent weeks another image has shaken the world. Tragically the pictures Aylan Kurdi happily playing with his brother will never replace the devastating stills of his lifeless body washed up on a Turkish beach in the minds of anyone who has seen the shots.

Aylan wasn’t the first child to lose his life fleeing the conflict (and sadly won’t be the last) but his image might just be the start of whole new mind-set. It’s hard to imagine anything positive coming from such tragedy but these images really have changed the way many people perceive the people caught up in the misery of conflict.

Aylan’s desperately short life has changed the language on the front pages of many of our newspapers. The language of fear has largely been replaced by compassion and the desire to help.

Could mere words have had such an impact?