You are here: Home / Politics / Overview of the G7
Previous Back to all Next 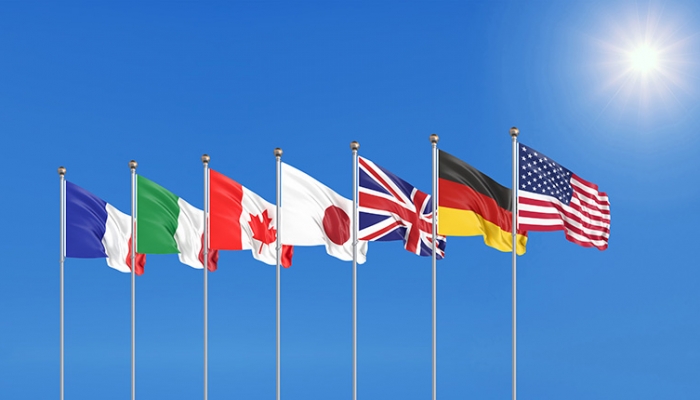 The G7 communique, published at the end of the summit last Sunday, sets out six areas of global action: 1) End the pandemic and prepare for the future, 2) Reinvigorate our economies, 3) Secure our future prosperity, 4) Protect our planet, 5) Strengthen our partnerships and 6) Embrace our values.

Among these goals, there are ambitions to help developing countries recover from the pandemic and ‘build back better’ for the future. Despite the ambitious pledges, there are still concerns from the international development sector on the level of commitment shown by the G7 leaders, particularly the UK which is the only G7 country to have reduced its foreign aid budget in light of the economic cost of the pandemic.

UNICEF has welcomed the commitment from the G7 to rollout vaccines, emphasising that without a global vaccination programme, the world will be more at risk of variants that could threaten the vaccinated and unvaccinated. They also call for an accelerated timetable in light of several forecasts which suggest that G7 countries will have enough vaccine supplies to donate 1 billion doses by as early as the end of 2021, rather than the 2022 goal proposed.

Moreover, despite the large numbers of vaccines promised, it is not clear that they will go far enough. In a critique, former Prime Minister Gordon Brown argued that 11bn vaccine doses are needed to guarantee all countries the same levels of anti-Covid protection as the west. He said: ‘The gift of 1bn doses from the richest countries to the poorest is headline-grabbing and welcome. But it falls billions of doses short of a solution and does not answer what Johnson called “the greatest challenge of the postwar era”.’

Alongside the communique, the G7 set out frameworks to strengthen its collective defences against threats to global health. This includes the ‘Carbis Bay Declaration’ which promises to reduce the time taken to develop and licence vaccines, reinforce global surveillance networks, and reform and strengthen the World Health Organisation.

Education
Girls’ education has been a primary objective for UK foreign policy in recent years so it was no surprise that this was a focal point for the UK, particularly with the Global Partnership for Education (GPE) coming up next month. The UK pledged £430 million to the GPE to get the world’s most vulnerable children, particularly girls, into school. This funding pledge is on top of the £400m of UK aid which will be spent this year on bilateral efforts to increase girls’ access to education.

At the session, G7 leaders discussed also how to build back better from the coronavirus pandemic in a way that creates opportunities for everyone. Leaders reaffirmed their commitment to targets set at the G7 Foreign Ministers’ meeting in May to get 40 million more girls into school and 20 million more girls reading by the age of 10 in the next five years.

Plan International has welcomed the funding commitments from the G7 and the action plan to address the ‘devastating impact’ of the pandemic on girl’s education. However, it argues that the G7 funding commitments to GPE, totaling $2.75 bn will not be enough. GPE hopes to raise $5bn from donors, including $3.5bn from the G7.

Meanwhile, ActionAid has highlighted that the new funding pledge for girl’s education comes at the same time as the Government is cutting its aid budget on girls’ education by 40%. They argue that advancing girl’s education should form part of a wider Government response to gender equality, including by tackling violence against women and girls.

Climate change
Under the Prime Minister’s plans to Build Back Better for the World he laid forward a new approach intended to give developing countries access to more, better and faster finance while accelerating the global shift to renewable energy and sustainable technology. It includes a £500m Blue Planet Fund to protect the ocean and marine biodiversity and a Nature Compact to reverse biodiversity loss by 2030. WWF has welcomed these announcements but has called for pledges to be converted into concrete policy goals and implemented at pace to reach the targets of the Sustainable Development Goals by 2030. This will be vital ‘to abate the induced catastrophes the world is increasingly experiencing and will continue to unless we urgently transform our broken relationship with the natural environment.’

Alongside this UK, Germany and USA announced new action to scale up protection for the world’s most vulnerable communities against the impacts of climate change. The £120m new funding from the UK and £125m new funding from Germany will enable quicker responses for vulnerable people when extreme weather and climate-linked disasters hit. This will protect those most at risk in Africa, South East Asia, the Caribbean, and the Pacific and help reduce losses and damage to communities, infrastructure and livelihoods caused by climate change.

Finally, the G7 Development Finance Institutions (DFIs) and multilateral partners also pledged to invest over $80 billion in the private sector in Africa over the next 5 years. The investments will support the long-term development objectives of African economies, including those which have been negatively hit by the COVID-19 pandemic. With investments focused on renewable power, infrastructure, manufacturing, agriculture, and technology sectors it is aimed that they will provide clean, reliable power to millions of people, help create jobs and reduce poverty.