You are here: Home / Politics / Parliament Watch: Housing
Previous Back to all Next 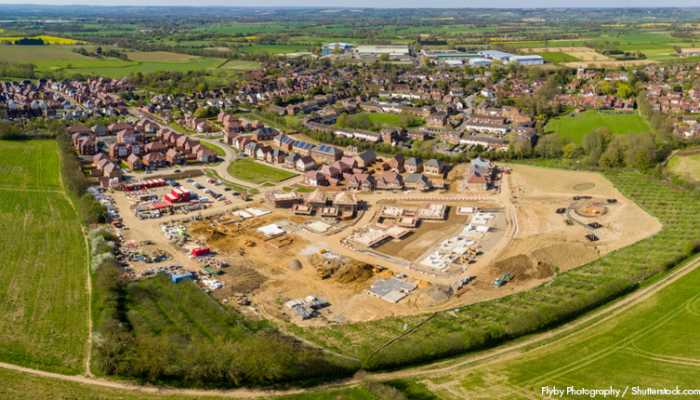 One of the Conservative Government’s manifesto pledges ahead of the December 2019 election was to increase the number of new homes being built. The Chancellor spoke of an ‘infrastructure revolution’ in the March 2020 Budget – echoed by Boris Johnson in his recent Build Build Build speech – and announced new funding for an extension of the Affordable Homes Programme with a new, multi-year settlement of £12bn and over £1bn of allocations from the Housing Infrastructure Fund to build 70,000 new homes.

Despite this funding, the Covid-19 pandemic has inevitably impacted the delivery of new homes, with sites being shut down, projects facing difficulties securing labour and materials, and disruption to supply chains. The crisis has also had an impact on the removal of dangerous cladding, but building safety has remained high on the agenda, with the Government taking steps to implement the recommendations of the ongoing Grenfell Tower inquiry.

Planning White Paper
The long-awaited Planning White Paper was published on 6 August. It sets out reforms to streamline and modernise the planning process, bring a new focus to design and sustainability, improve the system of developer contributions to infrastructure, and ensure more land is available for development where it is needed. It contains proposals to give greater freedom for buildings and land in town centres to change use without planning permission and create new homes from the regeneration of vacant and redundant buildings. These changes aim to support both the high street revival – and minimise the damage caused by the changes in working trends – allowing empty commercial properties to be quickly repurposed and reduce the pressure to build on greenfield land by making brownfield development easier. The proposals are being consulted on until 29 October.

Building Safety Bill
Housing Secretary Robert Jenrick described the Bill as ‘the biggest change to our building safety regime for 40 years’. Businesses will need to quickly adapt to ensure they are prepared. Reforms include the creation of a new Building Safety Regulator, housed within the Health and Safety Executive, to oversee the safety and performance of all buildings and impose sanctions on those who fail in their responsibilities. Several new bodies will be set up to support its work, including a Building Regulations Advisory Committee, which will provide evidence-based guidance on new issues that emerge in the built environment sector; a Competence Committee, to create consistency amongst the competency of workers in the building safety sector; and a new residents panel. A Homes Ombudsman will also be established, and the safety of construction products will be granted to the Secretary of State. A draft bill has been published and is currently going through pre-legislative scrutiny before it is introduced to Parliament.

Consultation on Fire Safety
Published alongside the draft Building Safety Bill, the Fire Safety consultation is a key part of the Government’s package of reform to improve building and fire safety in all regulated properties. The consultation is seeking views on proposals to strengthen the Fire Safety Order, implement the recommendations from the Grenfell Tower Inquiry and strengthen the regulatory framework for how building control bodies consult with Fire and Rescue Authorities. The deadline to submit evidence is 12 October 2020.

Green Homes Grant scheme
The £2bn Green Homes Grant was one of the major updates in the Government’s Summer Statement — laying the foundations for a green recovery. The scheme, set to launch in September, will help homeowners in England improve the energy efficiency of their properties through a government grant of up to £10,000. The money, which will be distributed in the form of vouchers, can be used for a whole range of energy saving improvements including double-glazing, loft insulation, solid wall insulation and floor insulation. Homeowners and landlords in England and Wales can apply.

Public sector land review
Alongside the new planning rules and ahead of the Spending Review, the Government said that a new cross-government strategy will look at how public sector land can be managed and released so it can be put to better use. This would include home building, improving the environment, contributing to net zero goals and injecting growth opportunities into communities across the country.