You are here: Home / Public Affairs / Political engagement: has anything changed?
Previous Back to all Next 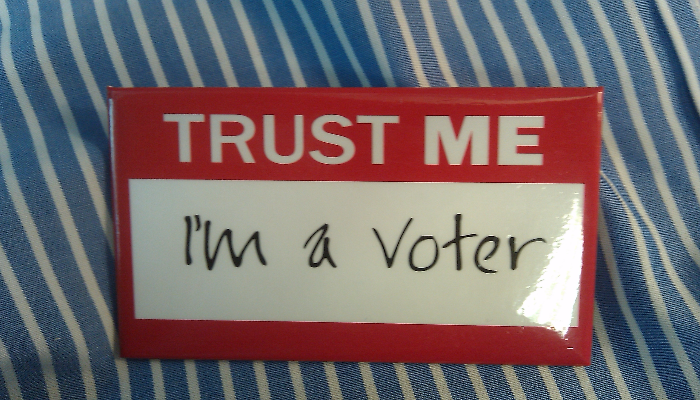 Fueled by the prospect of a hung parliament, the 2015 election saw 66% of Britons turn out to the polls to vote. While this was proudly touted by the press as the ‘highest turnout since Tony Blair’s 1997 landslide’, dwindling political engagement has long been a concern for parliamentarians around the country. As the Hansard Society prepares to launch the 2016 Audit of Political Engagement on April 14th, we explore the key events that have sparked an interest from the public.

The upcoming EU referendum has given the public a reason to get riled up, and it’s dominated social media like no other political topic. Ask a friend whether they think we should leave or remain and they’ll probably have an opinion: ask them why, and they may not be quite so sure. But whether it’s the drama of the campaign or the politics itself, it’s gripped the public in a way which has been lacking for some time. The graph below shows the high volume of twitter mentions since February, when the referendum was officially announced.  The only issue is that this will end on June 23rd. 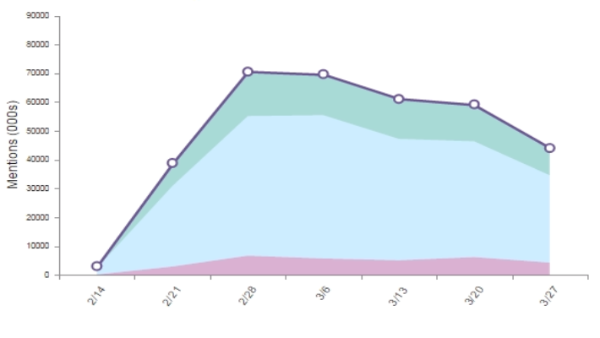 Perhaps the rise of the ‘Corbynista’ will have a more long term impact. After the Conservative win and Ed Miliband’s resignation, Corbyn’s rapid ascent was fuelled by a monumental rise in Labour party membership. Between May and January 2016, numbers increased by around 137,000. To put this into perspective, nearly as much as the Conservative’s total membership of 150,000. Corbyn’s supporters are clear about what they want, which is something different to run of the mill Westminster politicians. Conservatives will find comfort in the fact that their voters are largely uninterested in being part of a party of activism, and Corbyn would probably struggle to be elected as PM- but he’s inspired engagement which most party leaders can only dream of.

The graph below shows the peak number of tweets relating to Corbyn and Cameron in the last month. 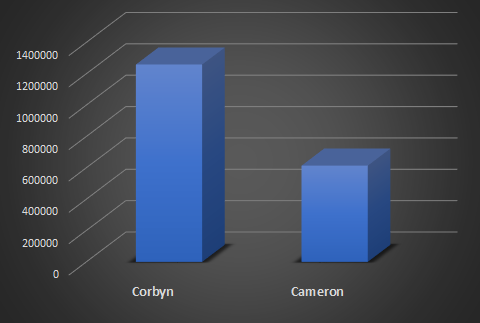