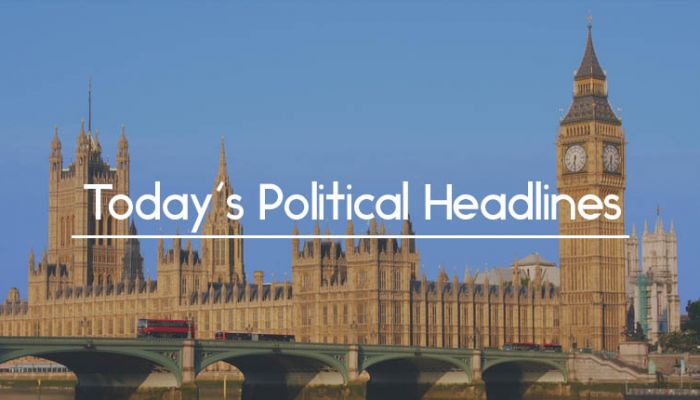 Sedwill gives ministers ultimatum over leak
The Guardian says that Cabinet Secretary Sir Mark Sedwill has written to Cabinet ministers who attended the National Security Council meeting on Tuesday, insisting that they tell him by 3pm if they were involved in the leak of the council’s decision on Huawei’s involvement in the 5G network. A number of ministers have now denied being behind the leak, including Jeremy Hunt, Gavin Williamson, Penny Mordaunt, Liam Fox and Sajid Javid.

Unvaccinated children could be barred from schools
The Daily Mirror reports that Health and Social Care Secretary Matt Hancock has warned that children who have not received the MMR vaccination could be banned from schools. The warning came after Unicef revealed that over 0.5m children in the UK have not received the vaccine, with cases of measles increasing fourfold over the last year.

Labour plans £3bn tax increase to fund social care
The Daily Mail says that Labour is to increase taxes on the top 5% of earners in order to fund an increase in social care spending of over £3bn. It would fund care for over 160,000 elderly people who currently go without care, including 50,000 with dementia. Shadow social care minister Barbara Keeley said the ‘Tory government has shamefully abandoned older people and young adults with care needs’.

Private schools provide benefit of over £20bn to the country each year
The Times leads with research for the Independent Schools Council which finds that private schools provide economic benefits and savings to the taxpayer of over £20bn a year, including supporting more jobs than the city of Liverpool. The report also shows fees increased by 3.7% last year, with experts warning increases were causing schools to lose ‘middle-class goodwill’.

Portsmouth and Brighton identified as least representative councils for BAME people
The Guardian carries details of analysis by Operation Black Vote which shows that 23% of the councils studied have no BAME councillors, increasing to a third if those with just one BAME councillor are included. Portsmouth and Brighton and Hove councils were identified as being amongst those least representative of their population.

Brady backs removing backstop from Brexit bill
In an exclusive, The Sun reveals that Brexiteers plan to table an amendment to the Withdrawal Agreement Bill which would remove the Irish backstop, with the Chair of the 1922 Committee of backbench Conservative MPs, Sir Graham Brady, urging the Prime Minister to adopt this plan herself. Number 10 has pointed out that the whole agreement needs ratification and that the EU will not reopen it for further negotiations.

Lib Dem memo shows Tories face local election catastrophe
The Daily Mirror has seen an internal Liberal Democrat memo based on analysis of data collected by the party’s canvassers ahead of the local elections, which reveals that the Conservatives are on course for a ‘catastrophe’. Just 45% of voters who said they were backing the Tories in 2015 have said they will definitely or probably vote for them this year.

Keep up to date with climate change activism and every political issue that matters to you – find out more about Vuelio Political Services.