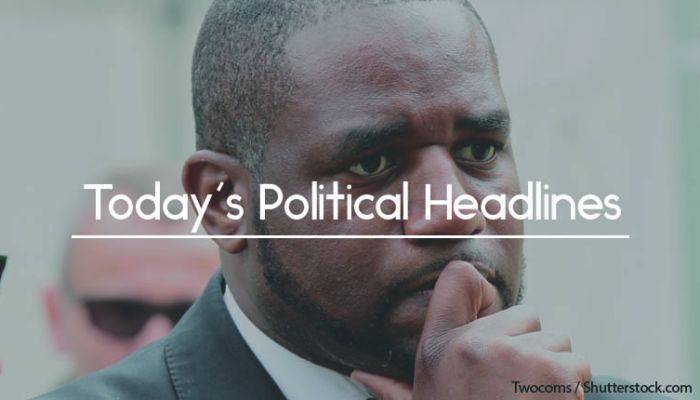 Today’s Political Headlines include the destruction of Windrush documentation, Labour antisemitism, Parliament backing May on Syria and Arron Banks staff working on Brexit.

Labour calls on Government to explain the destruction of Windrush landing cards
The Guardian reports that Labour is calling on the Government to explain the destruction of thousands of landing cards containing information about the Windrush migrants. David Lammy said that the problems being faced by the Windrush generation were ‘a direct result of systemic incompetence, callousness and cruelty within our immigration system.’ The Home Office said that the cards did not provide ‘reliable evidence’ and that their retention could have breached ‘data protection’ principles.

Antisemitism in Labour raised in Parliamentary debate
The Times says that Labour’s antisemitism row intensified after three of the party’s Jewish MPs received standing ovations in the Commons after attacking the way it had handled the issue. Jewish leaders have also said that they will boycott a meeting with Jeremy Corbyn next week after it emerged that a hard-left group which denies that Labour has a problem with antisemitism had also been invited.

Parliament backs May on Syria, as NAO warns armed forces ill-equipped to handle cyber-attacks
The Times reports that Theresa May has received backing from the Commons for her decision not to consult Parliament for missile strikes on the Syrian regime, with a vote freeing Theresa May’s hands for future intervention. The Daily Telegraph adds that a report by the National Audit Office claims that the UK’s armed forces are ill-equipped to handle the increasing threat of cyber-attacks from Russia and a new era of ‘electronic warfare’.

Staff employed by Arron Banks worked on Brexit campaign
The Guardian reports that a former Cambridge Analytica employee has told the Commons Digital, Culture, Media and Sports Committee that insurance companies owned by Arron Banks, the key backer of Leave.EU, were used as part of the Brexit campaign. Brittany Kaiser, the former business development director, said that she saw employees staffing a Leave.EU call centre.

EU takes action to prepare for no-deal Brexit
The Financial Times claims that the European Commission is to issue dozens of legal proposals over the next ten weeks to prepare the EU for a no-deal Brexit. Diplomats have been told that the measures will cover a wide range of areas. Separately, the paper also reports that the Government has asked the Supreme Court to rule on emergency Brexit legislation passed by the Scottish Parliament and the Welsh Assembly.

Senior police officer says police ‘too slow to change’ after Lawrence death
The Guardian has interviewed Chief Constable Jon Boucher, the national police chiefs’ lead on race and religion to mark the 25th anniversary of the death of Stephen Lawrence. He told the paper that the police had been too slow to improve their record on race and that he was challenging his fellow leaders to do more.

De La Rue abandons plan to appeal passport decision
The BBC says that De La Rue has abandoned its plan to appeal against the Government’s decision to award a contract to make the UK’s new passports to the Franco-Dutch firm Gemalto. The firm had originally described the decision as ‘shocking’ but said that it had ‘submitted the highest quality and technically most secure bid’.