You are here: Home / PR Pulse / PR and Journalist ‘Blind Date’: When Ahmadiyaa Muslim Community...
Previous Back to all Next 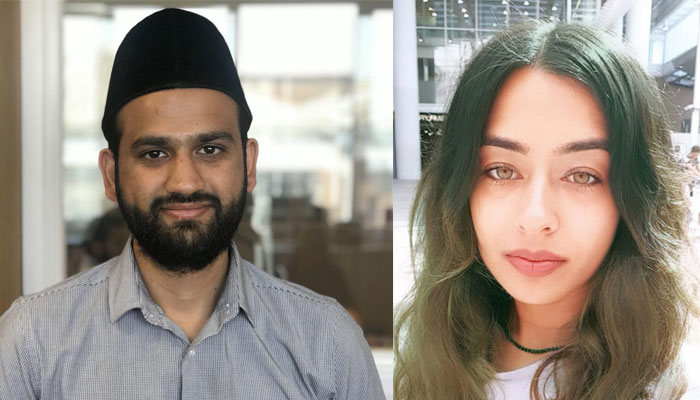 Our latest professional pairing were Farhad Ahmad, press officer and Imam at Ahmadiyaa Muslim Community and Maz Halima, a freelance journalist. Here’s what happened when they met for their PR and journalist lunch.

How was your lunch?
Farhad: It was great. The food was excellent and we had the chance to get each other’s thoughts on so many issues, such as religion, tolerance, how news media works and we agreed on so many things.

Maz: It was really good. Networking can feel like a necessary evil depending on who you are speaking to – so it is great when you connect with another media professional and actually learn something new, and of value to your role. Also, the food at Paternoster Chop House was to die for!

Did you learn anything new about their role? If so, what?
Farhad: I did, particularly the fact that going freelance is quite a daunting experience because you always have to be on a lookout for stories. Also, on top of being a freelance journalist, Maz has to have a stable job too for job security for the time being.

Maz: Farhad filled me in on the vast amount of community work he does locally and internationally, which was inspiring. As a journalist it made me want to make more of an effort to report on my local community in Croydon, to help shed light on the section of society who need it most.

Were you surprised by anything they told you about their job?
Farhad: I was surprised by the fact that only around 0.2% of journalists are Muslim! That is so not proportionate to the number of Muslims in the UK, which is around 5%!

Also that when you pitch an opinion piece to an editor, you often get given a 48-hour deadline to write a piece, if the issue is current.

Maz: Probably just the extent of his community outreach as mentioned. Unfortunately, one thing I wasn’t surprised hearing about was the struggles he has experienced in getting the narrative of the Ahmadiyya Muslim Community into the public eye in the positive light it deserves.

We went on to discuss the portrayal of Islam in the media and the media’s responsibility to showcase a more positive view of the religion. Not to say that it is solely their responsibility, but it is vital they do more positive reporting on Muslims rather than constant sensationalist reporting – particularly in a time where anti-Muslim hate crimes in the UK have increased greater than tenfold.

If you could share one top tip from lunch what would it be?
Farhad: Contact more Muslim journalists as they are more likely to be able to relate to the challenges we as Muslims face and can relate to issues we see in the media regarding the portrayal of Islam.

Maz: We discussed society at large a lot over lunch, and it was a refreshing reminder to me that people want what they invest in to mean something. Consumers and journalists don’t have the desire to consume soulless brands with cliché press releases attached. We are in an era of being actively conscious. Genuine communication and connection are really important, inclusivity is vital, and so is an innovative thought process when creating press releases. Journalists can smell a half-hearted press release quicker than you can say ‘delete’.

Do you think this lunch will change how you interact with PRs/journalists in the future?
Farhad: I think it has given me a better understanding of the challenges journalists, and in particular freelance journalists, have to face. So when I meet or contact journalists in future, I’ll definitely be more aware of their perspective.

Maz: Yes, I think it may. I came to a realisation that I don’t connect with fellow media folk much beyond email anymore, and emailing people just doesn’t have the same impact as sitting opposite somebody and having a chat. While it can be hard to align schedules to meet for that coffee, when you do make the time, the professional relationship you build is far more rewarding.

Did you disagree on anything? If so, what?
Farhad: We generally agreed on most things but there were one or two things we had a different perspective on. However it was great to see that Maz had a big heart to listen and not be judgemental, and to focus on things which we shared in common, as that is how you move forward in life I guess. Otherwise there is a tendency for us to get stuck on things we disagree on and not focus on things that we share in common, which far outnumber our disagreements.

Maz: We agreed on most things! But agreeing to disagree can be just as refreshing – it’s interesting to hear different viewpoints.

If you could change one thing about PRs/journalists what would it be and why?
Farhad: This does not really apply to Maz. However, my general experience with journalists has been that often journalists are having to report on issues relating to Islam, yet many of the journalists have not often had the opportunity to speak in detail to someone that looks at things from an Islamic perspective, to get their thoughts on the current issues. As an Imam, I’m happy for any journalists to reach out to us and we’d love to talk and discuss, perhaps over a coffee or for lunch or dinner at our Mosque (I’m based in Morden, where we have Britain’s biggest Mosque, so do come round for a tour and a curry!).

Maz: I know PRs have to connect with a vast amount of media professionals, but my biggest pet peeve might be when someone forgets to change the name from the last email they sent, and I receive ‘Hey *random name*! I thought you might be interested in…’ it happens a lot. I lose interest straight away when an email has been obviously copied, pasted and sent to me with no thought. It is also vital to research what a journalist covers before sending them a press release that has no relevance to what topics they report on.

Maz: Absolutely, it was an enlightening afternoon.

Farhad and Maz’s ‘blind date’ took place at the Paternoster Chop House aka the First Dates restaurant! If you’re a PR or a journalist and you’d like to be set up on one of Vuelio’s professional ‘blind dates’, please email Rebecca Potts.