You are here: Home / PR Pulse / PR and Journalist ‘Blind Date’: When TopLine Communications...
Previous Back to all Next 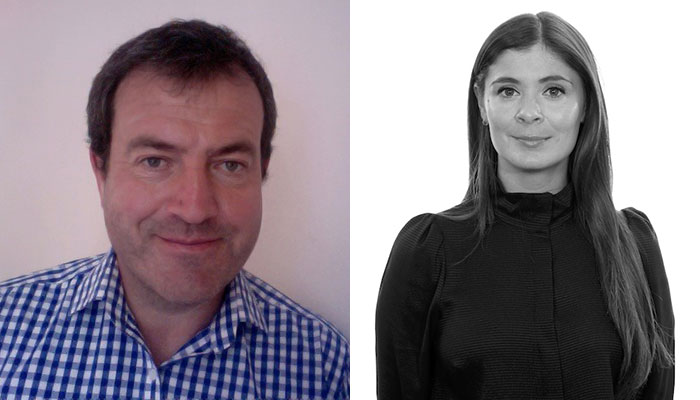 Our latest professional pairing were Katy Bloomfield, comms director at TopLine Communications and Nicholas Booth, a freelance journalist specialising in tech. Here’s what happened when they met for their PR and journalist lunch.

How was your lunch?
Katy: Lunch with Nicholas was great. It was quite fun to not know so little about the journalist I was meeting – and as it turned out, I was already familiar with some of Nicholas’ journalism – so the conversation got off to a very easy start. Over lunch we had a good chat about the industry, and how media consumption habits together with the influence of marketing have changed things for PRs and Journalists alike. The food was tasty too!

Nicholas: The lunch was lovely. It was a beautiful day, the setting was superb and my dinner companion was charming and eloquent.

I wasn’t sure what to order, so I just copied Katy’s choice of starters. It’s an old technique I’ve been using since school – copy the person who looks more confident than you.

As a starter, Katy chose New Season Asparagus, with Hazelnut dressing and rapeseed emulsion. And what a coincidence, that’s exactly what I wanted! For the main course Katy had the fish pie. A good choice I thought, but I thought I’d better get something different or it would look odd, so I chose the free range Chicken Kiev with young carrots. I got a side of chips at the prompting of the waiter. Katy had one of my chips, which I guess was a way of saying, ‘we need to break down the old food ordering paradigms’.

My operation has been cancelled- I was due for major surgery – so I chose to have a drink with our meal. I’ve got a clear diary now, so what the hell. Katy was more conscientious of the fact that this was a Monday lunch time meeting and – unlike some people – she has plenty of work to do. So I just had one glass of red wine.

Did you learn anything new about their role? If so, what?
Katy: I learned that Nick started out in the IT industry – before making the switch to writing – it’s always interesting to hear how someone’s career started. We also spoke about the different types of writing he does – I’ll definitely be looking out for some of Nicholas’ comedy pieces too.

Nicholas: Yes, I was surprised by how much her role has evolved. I had pictured Katy and her team having boisterous banter in the office about the challenges of dealing with the Aggrievance (I believe that is the collective noun) of technology journalists on their radar.

But in fact, hacks seem to be a minor irritation. There seems to be a much broader remit for PRs these days. Getting press coverage is still important, but the role has extended into new areas of marketing responsibility. There is a lot more research into the groundswell of public opinion, which influences the way PRs supply news. And once it has been ‘consumed’ (for want of a better word) Katy and her colleagues take a much more active role in managing the response. I suppose technology companies ultimately hire PRs to help them sell more of their products and services, and these days PRs have a much wider remit in demand creation and managing customer enquiries. They’ve extended their brief on the supply and demand side of the equation.

If you could share one top tip from lunch what would it be?
Katy: Nicholas had some great ideas around making more use of online news comment sections – either for gathering insight and opinion, or stoking debate further – which I think has perhaps been a missed opportunity to date.

Nicholas: I think we were both a bit tense. I would have liked to have met on a Friday afternoon and we both got absolutely trollied and shared horror stories about our experiences of the business. That was what it used to be like, back in the golden age of ‘freelunch journalism’.

It was a glorious day too. It’s a shame we didn’t sit outside.

Do you think this lunch will change how you interact with PRs/journalists in the future?
Katy: Meeting Nicholas definitely reinforced a few beliefs on how PRs should communicate with media. The old adage of explaining something as you would to your friends in the pub is so important – but it can become easily tangled up in detail and carefully crafted messaging. There’s definitely a finite balance to achieve!

Nicholas: Well, I do have a greater respect for the wide range of activities they are involved in.

It’s quite humbling in some respect, as you realise how the importance of journalists is diminishing by the day. Mind you, that might just be me.

Did you disagree on anything? If so, what?
Katy: I actually don’t think we did!

Nicholas: Not really. I think we were both being very polite!

If you could change one thing about PRs/journalists what would it be and why?
Katy: I think whether or not it is true, there is a perception that getting journalists out of the office to meet is challenging – particularly if you don’t have an immediate or urgent story to offer. But there’s really no substitute for meeting face to face and getting to know someone on a personal level. So, if I could change one thing, it would be to encourage more casual meetings with PRs.

Nicholas: The strategy for press coverage seems to be very much a numbers game now. Bash out a press release with all the catchphrases that marketing managers expect to see and that netbots and algorithms are looking for. To hell with any human experience. Some press releases are so hard to look at that it’s less painful to rub your eyes on a cheese grater.

Increasing automation hasn’t liberated us at all. It just means the people that we answer to – be they customer or clients – have higher expectations.

Personally, I find very few press releases easy to understand and I’ve had 20 years of experience in trying to translate them from netbot language into English.

If there was one thing I really wish I could change? Some days I wish I could run away from it all and join a circus. Although I’d settle for a nice lunch every Friday with a trusted PR contact. The humanity of the business is being eroded. There are three senses I look for in a good PR contact. Common sense, a sense of humour and a sense of proportion.

Nicholas: Yes, definitely. It always makes a massive difference if you have met someone and they can talk with you, rather than at you. I think Katy could be a fantastic source of wisdom.

Katy and Nicholas’ ‘blind date’ took place at the Paternoster Chop House aka the First Dates restaurant! If you’re a PR or a journalist and you’d like to be set up on one of Vuelio’s professional ‘blind dates’, please email Rebecca Potts.