You are here: Home / PR Pulse / Seeking: the right brand ambassador for long-term engagement
Previous Back to all Next 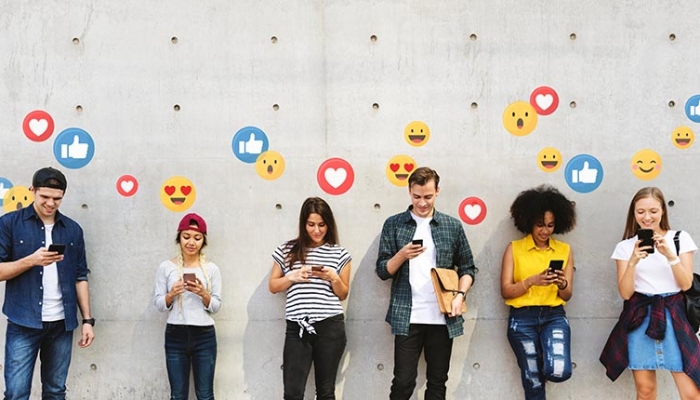 Is there a public figure you just can’t stand? Or a celebrity you’ll go and see in anything, even if it’s likely to be terrible? Are you more likely to give a new product a go if it’s introduced to you by a face you know and trust?

Parasocial relationships – ‘that feeling of closeness and authenticity’ you can build with a person you don’t even know, as YouTuber: How YouTube shook up TV and created a new generation of stars author Chris Stokel-Walker put it – are a powerful part of modern-day brand awareness and engagement. There’s no escaping its influence if you engage in media of almost any type.

The financial pay-off for brands, and their ambassadors, is undeniable – ‘parasocial interaction mediates the relationship between celebrity images and purchase intentions […] It has significant implications for marketers and academicians,’ reads a study from the University Business School in India from May. ‘Status affect[s] the strength of parasocial relationships, source credibility, and evaluation,’ finds a report published in the International Journal of Advertising earlier this year.

For which brands are making smart choices for their ambassadors – and potential subjects of parasocial engagement – right now, you need only watch the adverts between shows on TV/before YouTube videos/in pop-ups. We’re mid-Olympics 2020, and Dina Asher-Smith is busy creating with Muller. Lynx has teamed up with boxer Anthony Joshua, YouTubers Calfreezy and Chunkz, and rapper Aitch. Tapping into niches, subcultures and fandoms can also attract consumers to a brand – Subway is acknowledging its passionate-about-plant-based clients by teaming up with vegan Grime artists, and Star Wars’ Adam Driver is doing brand ambassador duty in a new campaign for Burberry Hero.

The consumer, the follower – those watching and engaging – can benefit from brand ambassadorship, too. It’s the consumers’ choice, after all, whether or not to engage in a one-sided, fully-voluntary parasocial entanglement with Tom Hiddleston over breakfast – plenty of consumers were happy to be the recipient of a plate and a Centrum from his hand, just as others suddenly weren’t very hungry, actually.

Studies show that parasocial engagements like these provide feelings of companionship, as well as ‘affection, gratitude, longing, encouragement, and loyalty’. It’s that careful back-and-forth that makes ambassadorship so powerful for building long-term relationships with a customer and a reliable, resilient consumer base.

Understanding which media personalities would be most likely to engage an intended audience, and keep on message authentically, was a key part of Zero Waste Scotland’s Scotland is Stunning – Let’s Keep It That Way award-winning campaign of last year. ‘Influencers were essential to this campaign, in particular for the under-25 audience,’ said communications programme manager for the campaign Claire Munro. ‘We wouldn’t have been able to reach them as directly or persuasively via traditional media channels, stakeholder channels or traditional toolkit. They gave the campaign real pop.’

‘When deciding on an ambassador for your brand, look at who their audience is and what kind of content they use,’ says Claire. ‘Does that marry up with your values and your objectives?’

It’s an important question to ask, as ‘authentic’ personalities, and the choices they make, can cause real problems. There are plenty of examples where brands and ambassadors didn’t make for ideal mixes. While Scarlett Johansson claimed to have ‘no regrets’ over her decision to work with SodaStream (a company headquartered in Israel with a factory on the West Bank) in 2014, the Hollywood actress stepped down from her ambassador position with Oxfam following its criticism of her affiliation with the drinks brand. Popular YouTuber Shane Dawson, who had found success across a range of mediums and with many brands, over many years, was swiftly dropped by both Target and Morphe after controversy surrounding his older videos resurfaced.

‘It’s important that PR people fully appreciate who they’re representing, their personality and what is a good or bad endorsement for them,’ says Stokel-Walker. ‘An influencer’s stock in trade is their authenticity, but any bad decision an influencer makes to support or endorse a product will be picked up on very quickly.’

Want to start your own meaningful relationships with perfect brand ambassadors and a loyal – perhaps parasocially-tinged – customer base? Make sure you pick the right people, that share your purpose, aims, ethics, moral outlook and your brands’ plans for the future. After all, it could be the start of a long and meaningful relationship, to everyone’s benefit.

For more on influencer culture, read our feature on Chris Stokel-Walker’s YouTubers: How YouTube shook up TV and created a new generation of stars. Find out more about choosing the right brand ambassador for your campaign with our interview on Zero Waste Scotland’s campaign ‘Scotland is Stunning – Let’s Keep It That Way’.

Understand how your PR compares to the competition and prove ROI with Vuelio Media Monitoring.