You are here: Home / Politics / Is social media changing the relationship between MPs and the public for...
Previous Back to all Next 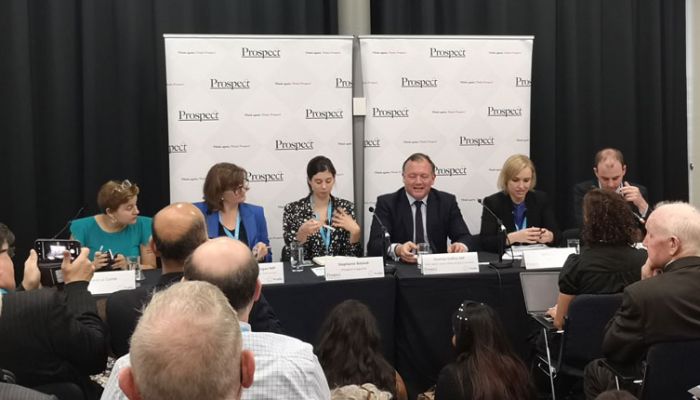 On Monday, Vuelio co-hosted a panel debate with Prospect magazine at the Conservative Party Conference on how social media is changing the relationship between MPs and the public.

The session followed research that Vuelio commissioned from MPs across the House of Commons to understand the importance of social media in public engagement. The findings showed that 81% of MPs believe that public attitude has changed for the worse because of social media and 76% believe social media has made it difficult for the public to source credible information.

The panel session was wide ranging, with discussion covering abuse on social media and how to regulate this, the need for a global set of standards for social media, how we protect vulnerable people in a digital age and microtargeting.

When asked specifically about microtargeting on social media, Collins said: ‘Our electoral law should be established by parliament not Mark Zuckerberg’. He argued that all political advertising had to be clearly indicated, as this is not always the case with some campaign groups.

Warman pointed out that when it comes to microtargeting, ‘we’ve had [microtargeting] as long as we’ve had advertising’, and that we need to be realistic about what this means.

When it comes to managing and tackling abuse on social media, the panel had a mix of advice. Morgan admitted that she no longer looks at her notifications and messages on Twitter and said that the noisy abusers have drowned out those with genuine right and need to contact her, while Warman admitted that he still responds to pretty much everyone on Facebook and is currently trying to work out how to back out of this arrangement.

Vulnerable people are particularly susceptible to harmful images and as Scott highlighted, ‘there are whole groups of people who can’t use traditional forms of media’, which is why technology has to be the long answer when it comes to protecting these groups and making social media accessible and safe for all.

The panel all agreed that social media is now a fixed part of the political landscape with Le Conte commenting, ‘political discourse used to be tied to what happens in the Commons, now MPs end up arguing with journalists, each other and everyone else about the topic of the day and this never stops’.

Morgan reminded the audience that it is important to remember that ‘the whole of the public is not represented on Twitter or Facebook’, reflecting our research that face to face meetings are still considered the most important way to engage with constituents.