You are here: Home / Media Updates / South Warrington News celebrates 21 years in print
Previous Back to all Next

It is rare for a print paper to make headlines (for the right reasons) during digital media’s current dominance, but South Warrington News is celebrating its 21st anniversary in print this year. 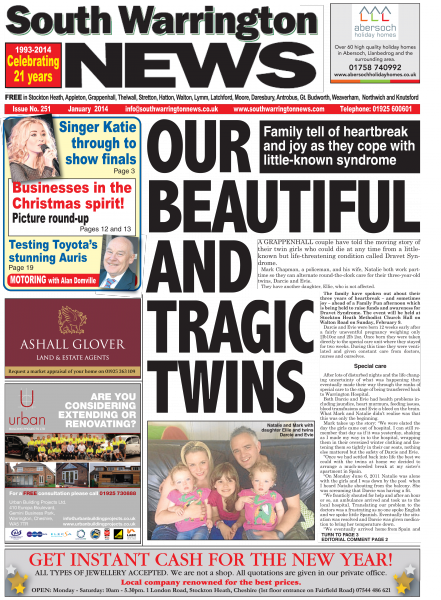 The independent free tabloid, which recently released its 250th edition, launched in 1993 under the title Shopfront. Owner and editor Brigid Hardman said: ‘I was brought up in this area and I wanted to give it its own voice and identity. The newspaper continues to grow and I am delighted it has played an active part in keeping local businesses and communities thriving.’

The title also has an online edition, which launched in August 2005.

Published by North West News Limited, South Warrington News is the main independent news title in the area, distributed across 22 locations in and around South Warrington.

Brigid said the anniversary proves that even in difficult times a local newspaper with the right business approach can flourish.

Downturn over for UK ad and PR sectors, finds WPP and PRCA reports