You are here: Home / Politics / Stanley Johnson: Rebuilding environmental bridges with the EU after Brexit...
Previous Back to all Next 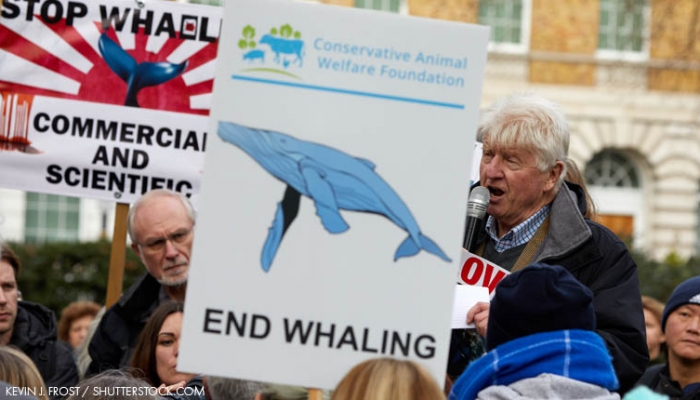 Former Conservative MEP and environmental campaigner Stanley Johnson writes that despite backing remain in the referendum, he now fully supports his son Boris as Prime Minister, who is seeking to ‘Get Brexit Done’ as long as the UK and EU can continue to work together on world-leading environmental policies.

During the seventies and eighties, I was personally involved, both as an MEP and as a senior official of the European Commission, in drafting environmental legislation on a wide range of issues such as air and water pollution, the disposal of waste, noise and nature protection; measures which have since been introduced and applied on a common basis among EU Member States.

In the run-up to the EU Referendum in June 2016, I co-founded (with Baroness Young of Old Scone) and co-chaired an all-party group called Environmentalists for Europe. We argued that the UK had contributed in important respects to the development of EU environmental policy and had derived much benefit from it.

So, I can’t pretend that the result of the Referendum, with its clear majority for Leave as opposed to Remain (17.4 million against 16.1 million votes), did not come as a shock. It was not what we were hoping for. Since then, however, my personal preference has been clear. The people having spoken with a clear voice, we have to deliver the goods and ‘Get Brexit Done’.

But that doesn’t mean that one-time Remainers like me have forgotten about the environment. Far from it. My concern now is that in leaving the EU, we should not throw out the baby with the bathwater.

As I write, opinion polls suggest that the Conservative Party is on course to achieve a working majority. In that context, the commitments made in the recently-released Conservative Manifesto are obviously relevant to any assessment of ‘the environmental future’.

The climate issue is a case in point. Last Monday, 25 November, the World Meteorological Office Secretary-General Petteri Taalas announced: ‘There is no sign of a slowdown, let alone a decline, in greenhouse gases concentration in the atmosphere despite all the commitments under the Paris Agreement on Climate Change.

‘We need to translate the commitments into action and increase the level of ambition for the sake of the future welfare of the mankind. It is worth recalling that the last time the Earth experienced a comparable concentration of CO2 was 3-5 million years ago. Back then, the temperature was 2-3°C warmer, sea level was 10-20 meters higher than now.’

The Conservative Manifesto states: ‘The climate emergency means that the challenges we face stretch far beyond our borders. We will lead the global fight against climate change by delivering on our world-leading target of Net Zero greenhouse gas emissions by 2050.’

It goes on to say: ‘We have doubled International Climate Finance. And we will use our position hosting the UN Climate Change Summit in Glasgow in 2020 to ask our global partners to match our ambition.’

As we look ahead to next year’s key Climate Summit, COP26, in Glasgow (and in the light of the woeful situation highlighted this week by WMO), UK diplomats and negotiators will have to be ready to work overtime. Whereas the eyes of their political masters may be trained on potential trade deals with other key players (Japan, US, Australia, India, China, Canada etc), our diplomats will need to focus on how the UK can continue – once outside the EU – to play a leading role in dealing with the world’s key environmental challenges.

Ironically, rebuilding bridges with the EU (retrieving the baby from the bathwater?) as far as the environment is concerned at least, may well be one of the key priorities. After all, as the Prime Minister is keen to remind us: we are leaving the EU; we are not leaving Europe.