You are here: Home / PR Pulse / ‘Start by speaking the same language as the person you are talking with’ – S...
Previous Back to all Next 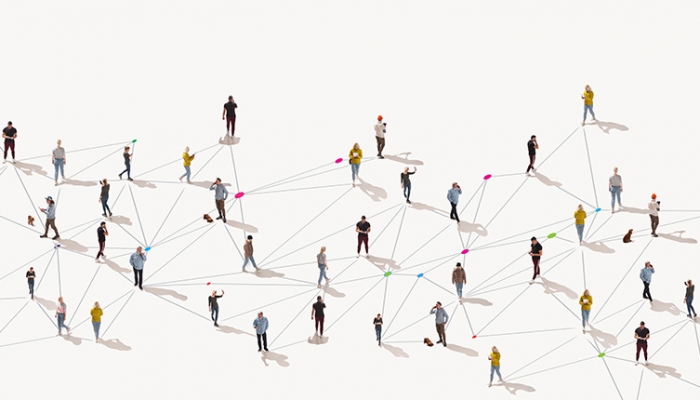 Everyone in society is different and has different experiences of the same things. This is a fundamental truth that everyone in PR must accept in order to design the right comms strategy and speak to the right audiences in the right way.

In this guest post, Transport for London’s communities and partnerships specialist Simon Mouncey shares the importance of listening to your audience and taking on new approaches to embrace inclusivity.

‘I’ve been in PR for as long as I can remember, indeed long before emails, when you used carbon paper and did things in triplicate. I even remember a training session on how to put the paperclip on the right way round so it didn’t catch with all the other memos in the tray. Thankfully most priorities have changed since then, from how you did things to making change happen. I can now say I have changed people’s lives for the better. That’s a nice feeling. It’s nice being able to say you did the right things than just did things the right way.

What is the right way now anyway?

Something we’ve learnt over the past year is there is a disconnect to what we believe to be true and what others know is true. This has turned into a discussion on inclusive leadership. Whatever you think inclusive leadership is, the bottom line is that you cannot possibly know what it is like to be judged unless you too have been judged the same way. So, decisions affecting people’s lives need to be made by the people whose lives are being affected. Call it Ivory Towers or call it what it is, a systemic failing in our society based on opportunities and therefore positions of power reserved for those who look and sound like the people who are already in those positions.

No amount of unconscious bias training or other gestures will change how you are hardwired; it is just another easy tickbox. As a society, we surround ourselves with people who reinforce our beliefs, values and prejudices. Real unconscious bias training will parachute you into a life totally alien to you, an escape room, where you have to find new friends and allies to achieve your aim. Maybe, subconsciously, that’s why escape rooms are so popular. But to be effective you will need to be with total strangers, randomly picked from society.

The place to start is speaking the same language as the person you are talking with. The only way you can do that is to let them do the talking and listen and learn. So, don’t restrict them to a survey with questions based on your own experiences, views, opinions, perceptions and so on. But also amplify their voice. If they have no experience of being listened to then you have to bring them up to the same level as you, in knowledge of what your outcome is, and skills in making it happen.

I learnt this very early on, when I was charged with implementing national policy for people with learning disabilities. I think being naïve back then I was given it not as a challenge but as something everyone else had turned down (I was asked to become a Prospective Parliamentary Candidate after that and turned it down, but that’s one of life’s crossroad moments). The policy was that adults with learning disabilities should be able to decide their own lives. They had new personal care packages known as Independent Living allowances, which is an income they could spend on what they wanted, like ice cream and holidays. But how do you know what they want if they have never been listened to before, been institutionalised, and had other people make decisions for them? Many of those living in institutional care had never had a voice and therefore never developed speech well enough to have a conversation. There are many aspects of society where that is still true today. Well, in this case a pictorial language was developed, that meant they could say what they wanted in a conversation and their voice was heard for the first time, unfiltered by other people who had their own values and opinions.

Zoom (pun intended) forward to 2021 and many have woken up to the realisation that so many are excluded from society by their voice being excluded from decisions and have therefore developed their own communication methods. That can be rage, a protest, a counter-culture or just opting out of society. All of them, whatever your perception or judgement is, are methods of communication because they aren’t listened to the way the decision makers will hear. I call it prismatic thinking, where all the colours of the rainbow are there but when you apply your own filter to it you see just one colour. When decision makers say ‘limit the right to protest’, they are in effect masking those voices. And glass isn’t just in ceilings, it is all around us, and we see what we want to see based on our own reflections.

What I’m looking for in someone to communicate for me when I can’t is sincerity and authenticity. They need to believe in the message and what they are trying to achieve, and they need to tell it how it is. And when they look for what comes back it needs to be unfiltered. When people talk about a Green future what they mean is panic; we are feeling the effects of climate change now and it will only get worse, do something now. Relate that to what we are doing to make people’s lives in London better. What is better for them? Is it to be treated fairly and equally, a home, a job, a future? So there is a disconnect between getting more people cycling and walking and what we really mean is that all our futures are at risk if we don’t panic.

As professionals we need to get across to decision makers that everyone is starting from a different place and you can’t apply the same policy to everyone. Someone reminded me recently of the big tent idea. Where, in our western colonial culture, we get all the friendly like-minded experts together to agree what needs to be done. When in fact the name originates from native Americans where to deal with threats, like to their way of life, they would bring all the tribal leaders together, most of them enemies, leave their weapons outside and not be able to leave the tent until they agree what they need to do.

I’ve always advocated for local decision making, so you give the problem to a local community, you give them the skills and opportunities to become leaders (which by default is inclusive leadership), any risks, constraints and a framework to reach a consensus – in other words, everything you do to reach your conclusion – and you help them make a decision. It has become known as Citizen Assemblies. But call it what it is; people deciding how they as individuals and members of a wider society will achieve the same future as everyone else wants. That could be cycling where you can, it could be driving just for essential trips, it could be anything the individual can and knows they need to do. But to get there you need to abandon the structures and processes put in place that limits their voice. Amplify the hardest to hear and turn the volume down on the loudest heard all the time.

Take the example of going cashless on London Buses. Just like when I was in social care policy, I leapt at the chance to do it. Only then was I told TfL had been trying to do it forever and no one had attempted it in case in went wrong. My first thought was what was ‘going wrong’; it shouldn’t be about image. Failure to me was someone being hurt because they were carrying cash. Or someone trying to get somewhere just in time only to have to wait for people paying their fare with pennies. Or the person who is just a few pence short but trying to get the bus to get away from being hurt. So it was presented to people as, these are your friends and family, your neighbours, your community. We will help you engage with them so you can tell us what you’ve agreed. We helped communities find their leaders and supported them. I called it Co-Production.

In a later project involving a school, the headteacher told me I had changed the life chances of the students involved in the project, their confidence, hopes and aspirations and how they had just expected to leave school with nothing but were now planning a degree, career and a future for themselves, as lawyers, engineers and business leaders to help their communities.

I don’t have any plans for the future; I’m a water sign so go with the flow. Who knows the next thing around the corner. Another pandemic, certainly. The warnings were given years ago that with the climate and ecological emergency there was likely to be more diseases jumping species. And then there have been record after record tumbling on temperature, drought, rain. My advice would be, be nice to people, open your heart and that will open your mind. Make friends with people who are really different from you. Take a leap of faith and trust people to do the right thing. Forget the hashtag and campaign slogans. Give them your knowledge and skills and watch people reshape society in everyone’s image.’

For more on communicating with different audiences, read insight from this year’s PRFest on keeping PR sustainable.