You are here: Home / PR Pulse / Types of leadership styles that work (and those that don’t)
Previous Back to all Next 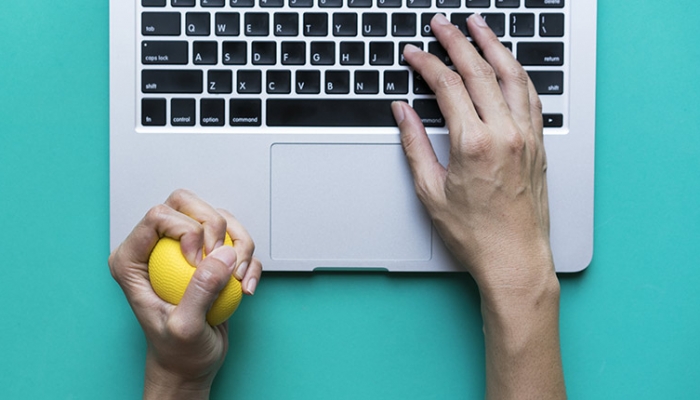 Gordon Gekko from Wall Street, Miranda Priestly from The Devil Wears Prada, David Brent from The Office – toxic styles of leadership have been immortalised on the screen through the decades, but none of them can compare to the horrors of bad leadership in real life. And when it comes to unrealistic demands, unachievable targets and damaging work environs, the creative side of industry has been an ideal breeding ground for particularly nasty styles of management over the years…

We asked our PR network for some of their own stories (names removed to protect the innocent):

‘An old boss of mine was the definition of The Devil Wears Prada. She once commented that I would have to charm with my personality since my looks let me down. During the launch of a restaurant she insisted we all walk around with our hands on our hips in case a photographer caught us with a devastating case of Sausage Arm…’

‘…my first ever job was for a well-known trade publishing house in the early 1980s – one of my bosses would verbally abuse me and occasionally hit me over the head. One of the other editors said I needed to stand up for myself (I was 18), so the next time the chap started on me, I told him not to. He said ‘make me’, so I stood up and swung a punch at him. I missed almost completely and ran off…’

‘…controlling, insulting, demeaning. She got violent and used to throw things. The receptionist bought my boss the wrong kind of roll from the bakery once. Thankfully, she had great reactions and ducked just in time…’

PR, marketing, advertising and media have been known as a haven for bad and outdated leadership styles and truly awful workplace superiors – if you’ve been in the business for a while and don’t have a related anecdote that springs to mind immediately, it’s very likely someone you work with does. This history of crappy leadership is understandable. In these creativity-focused sectors powered by financial targets, lead generation and, above all, the bottom line, unconventional working styles and abrasive personalities can reign free… if they are seen to get results.

‘The reality is that all sorts of bad leadership approaches may be tolerated by companies if the person is generating commercial value or has specialist, hard-to-replace skills,’ says Access Intelligence’s Head of HR Kate Fraser, who has worked with her share of big (for both the good and the bad) characters in important roles.

‘At least now it is normal for both managers and team members to talk about the impact of individual management styles on company environment.’

Approaches to management and leadership have – thankfully – changed drastically since ‘Management Science’ came in the wake of ‘Mass Production’. Even since the 1990s, where bosses loudly calling their employees The C-Word during frustrating projects – another example shared by a former pro who worked with a certain big brand during the decade of fax machines and pub-as-office – wasn’t so frowned upon.

Beyond the anecdotal, old-school cruelty at work just doesn’t really… work. A survey from Businessolver this year found that 92% of employees would be more likely to stay in their job if their bosses would show more empathy. An OC Tanner study showed that 79% of employees who quit their job left because of a lack of appreciation. Cruel leadership styles can even impact physical health within teams, as found in a Karolinska Institute report that showed links between leader qualities and incidences of heart disease in the workforce.

‘Human nature hasn’t fundamentally changed, whether we are talking about employees in the 50s or employees in the 90s or now,’ says Kate. ‘People have always valued development opportunities, autonomy, recognition and meaningful work, and good leaders have always understood the value of adapting their approach depending on individual competencies and personalities.

‘There are two key things to which leaders and managers have needed to adapt in the past decade or so which are not easy to get right. Employees expect meaningful experiences that have a purpose going beyond money or even self-development, in which the positive reputation (as opposed on to commercial success) of companies is important. And work is often undertaken/achieved through networks and influence rather than through role authority.’

Exerting control through rank-pulling and tyrannical rule (a la Katharine Parker in Working Girl, or, perhaps one of the worst film bosses of all time, Darth Vader) is out – or, at least, it should be – and supportive leaders that allow creativity and good ideas to flourish are what can make modern teams work.

New people-first initiatives – like Bumble’s week-long closure back in June to give staff experiencing burn out a break, job sharing for senior roles at the BBC, KPMG’s voice-only meetings on Fridays, and the Human Givens approach being used at Splendid Communications – are positive changes and, hopefully, signs that aggressive and outdated leadership styles will go the way of those fax machines and printed media directories – relegated to the past.

‘…Every day I wanted to crash into the central reservation on the motorway just so I would have a good enough excuse not to go into work. I left to work in-house for a global brand. Guess who made contact with me two weeks into my new job? Nice as pie, telling me she knew I’d go on to great things and did I need a PR agency? I had great delight telling her that while I was working there, she would NEVER make it onto the approved supplier list and to never contact me ever again. That’s the last I heard from her.

‘I see her name pop up from time to time and it makes me think back to my early days in the industry. As hard as it was, it shaped me into being a better boss. I’d never want anyone junior to me to feel how I did. For that, I’m grateful.’

For more on maintaining mental wellbeing at work, watch our accessmatters session with KDP Consulting’s Katie Phillips on spotting the early signs of burnout and how to protect yourself and your colleagues.