You are here: Home / social media marketing / ‘Sympathise’ on Facebook?
Previous Back to all Next 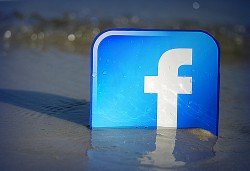 How often have you cringed at the ‘Likes’ generated on the bad news your friend posted on Facebook?  The social networking giant now plans to change that by introducing a ‘sympathise’ button, allowing users more options to react to posts of a more negative nature.

How does this work? Users would be able to tag their status update with a negative emotion, which would then allow his or her friends to ‘sympathise’ with the post rather than press the ‘like’ button.

Plans to introduce this plug-in emerged from its ‘hackathon’ event where Facebook engineers brainstorm ideas to improve Facebook features. The sessions have previously resulted in the creation of the iconic like, Facebook chat and ‘friend suggester’ facilities.

While it is unsure when the ‘sympathise’ button will be activated, media reports and user responses on Twitter indicate a mixed if not slightly adverse reaction to the news.

The Telegraph published a piece by Emma Barnett, women’s editor, titled ‘Facebook’s ‘sympathise’ button makes me want to vomit,’ in which she argued that that an ‘empathise’ or ‘dislike’ button would save an outpour of personal sob stories to win the sympathy of friends on a very public forum. She signed off saying: ‘The sympathise button is going to take this cheap emotional expression to a whole new level and I’m not sure my Facebook membership will withstand the schmaltz. And one thing’s for sure, I will have to cull many more ‘friends’ who live to moan.’

Meanwhile, Ellen E Jones of the Independent titled ‘Facebook’s new ‘sympathise’ button wouldn’t get a ‘like’ from me,’ points out how the plug-in would mean the death of genuine friendships, and whatever remains of our ‘digital vocabulary.’

Tweets on the news included:

Got to be kidding.. RT @_RosieJay: #Facebook develops a “sympathise” button as an alternative to “like” http://t.co/LmQih2oslL

It will be interesting to hear what you think of Facebook’s plans to introduce a sympathise button – like or dislike?