You are here: Home / Politics / Tackling the North-South divide with better transport infrastructure
Previous Back to all Next 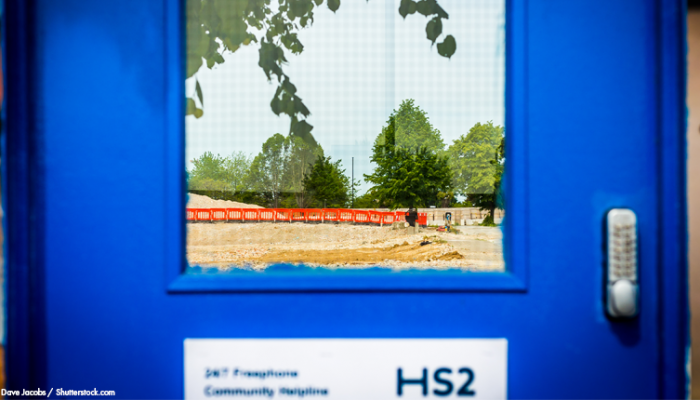 Investing in the UK’s transport infrastructure to reduce regional economic disparities across the country is a key Government priority now we have formally left the European Union, and are negotiating our future trading relationship with the bloc before the end of 2020.

In the 2019 General Election, the Conservatives pledged to build the Northern Powerhouse Rail programme and well as invest £29bn in strategic roads, including £1bn to boost the UK’s electric car charging network.

The Government postponed a decision to approve or scrap the High Speed 2 rail project, instead waiting for the Oakervee Review to report its findings into the project.

The Prime Minister has been under pressure from both sides on this issue of a new high-speed railway from London to Birmingham and then onward to the North East, Scotland and the North West. While initial budgets in 2015 costed the project at £55 billion, leaked information from the as yet unpublished Oakervee Review report suggests this cost has risen to more than £107 billion.

One inescapable fact of the 2019 election is Labour’s red wall of heartland seats falling to the Conservatives. Across the Midlands, the North of England, North Wales and the North East, the Prime Minister is only too aware he has a brief honeymoon period to repay the trust placed in him by lifelong Labour voters, many of whom voted Conservative for the first time.

Among the new intake of Conservative MPs, several have spoken out against the HS2 project including Simon Jupp, the MP for East Devon, who has become a member of the Transport Select Committee and intends to highlight the need for investment in the South West: ‘I can’t back HS2 when the main and branch railway lines in Devon simply are not fit for purpose’.

Richard Holden, the MP for North West Durham has said his preference is to reconnect his area with the rail network, and not to prioritise HS2 or further rail infrastructure in London or the South East: ‘Consett and the surrounding area is one of the largest population centres in England without a rail line, despite having four rail lines there as recently as the 1960s. I will be campaigning for a feasibility study to reconnect our area to the growth centres of the North East’.

These MPs will note the Government’s promise to open up as many branch rail lines as possible following closures in the 1960s, though the cost of this is likely to be significant.

Whether or not the Northern vote was actually in favour of ‘Getting Brexit done’, the Conservative Government has a chance to deliver for these northern communities or face handing these seats back to Labour in 2024 if the Opposition’s fortunes are reversed under their new leader, who will be announced on 4 April.

A video released by the Conservatives showing a northern working-class voter meeting Boris Johnson and speaking about some of the reasons why he voted Tory for the first time has been widely viewed on social media. The PM says every time he meets newly elected Conservative MPs, he tells them: ‘This is on loan, this is conditional. We have to repay the trust of the electorate’.

He will be heavily banking on the first stage of HS2 getting the green light and a formal decision by Cabinet and the PM is expected to be made within weeks. Street is not just constrained by HS2 though and has recently pledged a joined up approach to passenger transport across his Birmingham and the Black Country.  Andy Street incidentally faces a tough re-election battle on 7 May when his Labour opponent, announced yesterday, will be former Cabinet Minister and Birmingham MP Liam Byrne.

Further examples of how this Government intends to improve regional transport include Transport Secretary Grant Shapps’ recent decision to strip Northern Rail of its franchise after a catalogue of delays and cancellations in recent years when he said: ‘People across the north deserve better, their communities deserve better and I am determined to achieve that.’

The move means that services will be operated by an arms-length Government-owned company.

This follows the January announcement by the Government that it would intervene to save the UK regional airline Flybe by postponing a payment of Air Passenger Duty, rumoured to be £100 million. The main reason behind the intervention is thought to be that the airline connects remote parts of the UK including in Scotland, Northern Ireland and the South West, as well as the Isle of Man and the Channel Islands.

These recent decisions certainly show that the Government is prepared to think outside of the London and South East mindset that can often overshadow infrastructure decisions and also show that the Prime Minister recognises he needs to deliver on his promises to voters in the North and midlands. He knows he needs to improve their lives for the better and fast. Making sure the trains run on time would surely be a welcome start.