You are here: Home / PR Pulse / The good, the bad and the ugly of comms in 2022
Previous Back to all Next 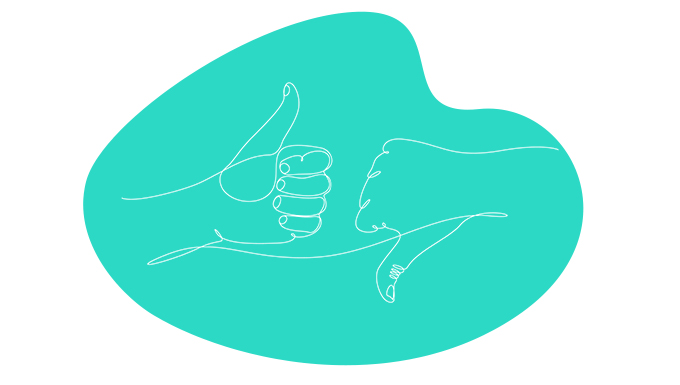 Which brands, high-profile personalities and politicians have done a good job on their comms and reputation management this year?

To find out who and what have been naughty or nice this year, we asked the experts for their thoughts (since Santa is busy with his own lists this time of year)…

2022 in review:
‘Clients are telling me that they now realise they had their fingers burnt by cutting comms so quickly in response to COVID. It means they are more prepared to keep investing in people and external comms resource in tighter times because the hangover from a temporary pause or activity reduction in 2020 and 2021 means they don’t want to go round the same cycle again. Overall for comms it means the covid era has resulted in greater recognition for the value we create.’

Great comms this year:
‘The communications clout of the Lionesses has helped to inspire the nation. Clearly a great performance on the pitch will always have provided a great catalyst for the Lionesses to reach an even bigger audience, but their genuine and authentic communications style has garnered affection, interest and engagement for Women’s Football in a way that has always been realised on the back of other sporting success stories.

…however…
‘On the flip side of the coin, the way some brands managed comms around the death of HM Queen felt a little disingenuous, going through the protocol motions to pay respects rather than a genuine and authentic reason to pay tribute. If a brand doesn’t have a real reason to engage, it’s better to say nothing rather than virtue gesticulation.’

2022 in review:
‘Business leaders’ perception of PR and communications has soared in the last year. In 2020, the PRCA surveyed FTSE250 business leaders on whether they considered communications to be important for protecting and strengthening reputation. At the time, 82% said yes. Fastrack to 2022, and that figure has risen to 96%.

‘Further, in 2020, 68% of the same group said their communications provided strategic counsel to their senior management team.

‘This year, the figure has climbed to 89%. Communications professionals are far more respected and trusted than ever before.’

Barbara Phillips, chair of PRCA’s Race & Ethnicity Equity Board and director of Brownstone

2022 in review:
‘I was delighted when Joe Lycett made mockery of what we pretend is an open unbiased media. First, when on the BBC he poker-faced described Liz Truss as the ‘backwash of the dregs of the available Tory candidates’ then his money-burning stunt in regard to the World Cup and a particular British ex-footballer’s involvement. It was a win for PR because of the irreverence, creativity, and purpose combined. The message was heard. I know there is enormous creative talent in our industry and it shows that being more diverse in recruitment and subsequent opportunities will yield far more impactful results. Our industry wins when we advise our clients through the lens of humanity rather than profit. They are not mutually exclusive.’

A comms winner this year:
I’m giving that to Sir Lewis Hamilton. The travesty that was Abu Dhabi Yas Marina 2021 [an F1 Grand Prix race] would have destroyed most athletes. Barbaric, naked racism. But not Sir Lewis. He fell silent on social media for three months, unfollowed everyone (millions). Instead of a justified rage, he let his fans and supporters do the talking. His fan base contributed to the FIA response and although there was no admission of wrongdoing the main person involved was removed. Sir Lewis then returned with enhanced GOAT status and with a few hundred thousand more followers to add to the 26m+. He is still the iconic face of F1 rather than the current F1 champion. Without uttering a word. That is some powerful reputation.’

Must do better:
‘The UK Government and the Royal family share the bottom slot. Clearly both are just playing to their gallery because whoever is running their PR and comms must see the broader negative impact of the messages and method of delivery. I don’t get the sense that anybody actually cares. Extraordinarily poor from “professionals”.’

2022 in review:
‘The public relations sector has continued to see growth and salary increases, created by demand and a shortage of talent.’

For who did not have a good 2022:
‘The UK Government failed us. FIFA had an own goal. Qatar proved the case for sportswashing.’

2022 in review:
‘This has been another great year for brands and organisations recognising the need for public relations and communication.

‘But as for the sector as a whole, I’m not entirely sure we’ve had many wins. We’re still terrible at EDI, we still underpay women and minorities, we still talk in echo chambers and we continue to disguise our weaknesses rather than identify and change.

Favourite comms and campaigns of 2022:
‘I love the Asda Christmas ad, but the John Lewis ad really hit the mark and showed that it understands people.

For who has not done so well in the reputation stakes this year…
‘I mean, Elon Musk. His personal brand is questionable and his reluctance to employ a public relations specialist/team is standing out like a sore thumb!’

For practicing nice PR and comms in 2023, check out these 15 trends you need to plan for next year.