You are here: Home / PR / The Great British Black Friday
Previous Back to all Next 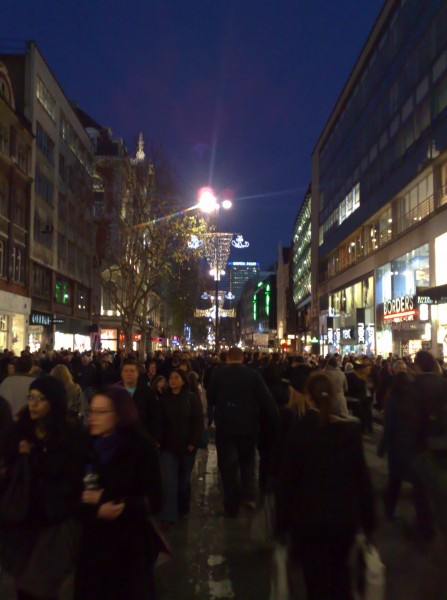 Black Friday is a term which in the old days referred to stock market crashes and national calamities but since the early 2000’s the term has come to represent the biggest shopping day in America, taking place the day after Thanksgiving. Retailers from other parts of the world looked upon the US ‘blowout’ sales in the prime days leading up to Christmas with envy, and it wasn’t long before international retailers adopted the tradition.

British retailers are now very much part of the game. High streets, malls (and Twitter) is buzzing with Black Friday discounts and customers  are buying into it. Here is a look at some of the big British deals of the day:

John Lewis’ one-day-only sale on electricals advertised with a print campaign, and its tweet to customers: 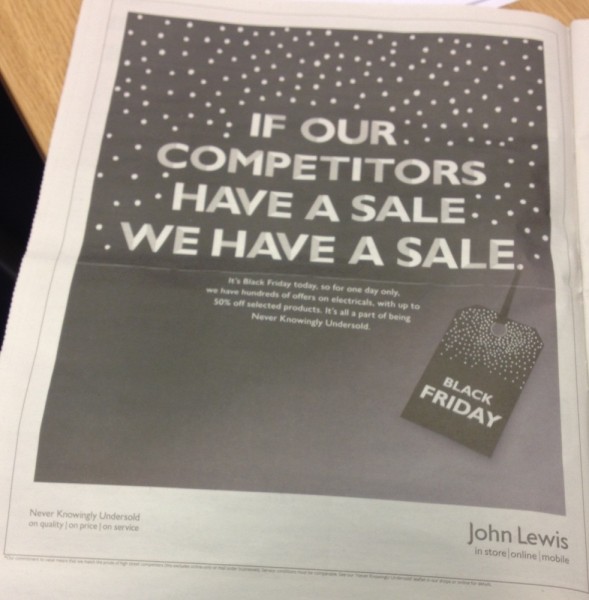 Today, for Black Friday, we’ve hundreds of offers available for one day only. View all offers here: http://t.co/pNH99n2IwT

Asda’s ‘earth-shattering’ deals advertised in print, and the Black Friday rush effect in-store as captured and tweeted by James Davies: 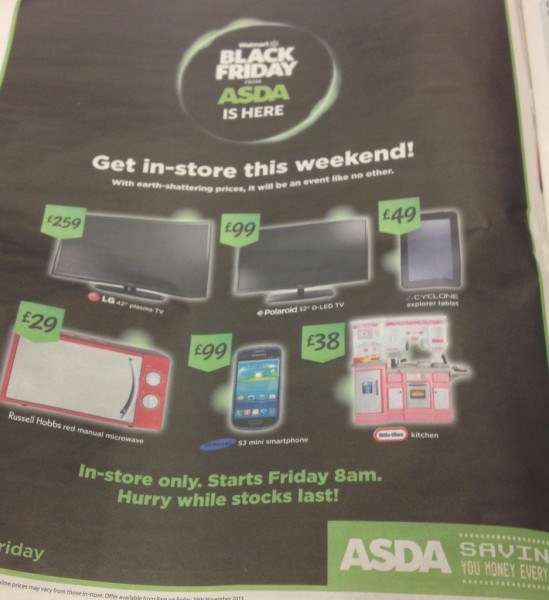 Online retailer Very.co.uk’s 8am – 8pm sale with hourly price-cuts announced all day; a tweet from a happy customer:

Very happy it’s Black Friday! I got a lee Stafford hairdryer with rollers, comb, and travel bag for £19 instead of £50! Thanks @verynetwork

Not to be left out, Curry’s and PC World announced a ‘tech auction’:

To celebrate Black Friday we’re having a tech auction! Fancy a TV, tablet or camera for less than half price?? Here’s how it works…

Centrale Croydon responds to Jane Norman’s tweet and in a way sums it all up for us – a new meaning for a Black Friday has indeed arrived for the UK.

@JaneNormanLtd like it. It’s bringing a new meaning to the term black Friday!