You are here: Home / Politics / The Road to Glasgow: Stanley Johnson on COP26
Previous Back to all Next 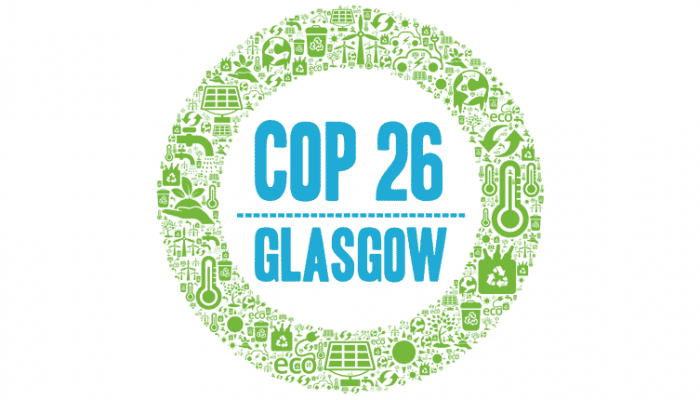 Stanley Johnson writes that the EU-UK Trade and Cooperation Agreement is positive when it comes to protecting the environment, and the UK should take elements from it, such as carbon tax and carbon pricing, to COP26 and push for a global net zero carbon goal.

EU-UK Trade and Cooperation Agreement (TCA) – which has the status of an international treaty binding both sides – has a lot of good things to say about the environment.

For example, the TCA clearly establishes the principle of ‘non-regression’.

Given the key role that the UK is playing as the host and Chair (with Minister Alok Sharma) of the forthcoming meeting of the UN’s Climate Change Convention due to be held in Glasgow in November this year (COP 26), it is good to see the specific reference in Article 7 to the ‘climate level of protection.

Also important, in my view, is the way the TCA breaks new ground by imposing obligations on both sides as far as carbon taxes and carbon pricing is concerned.

Article 7.3 on ‘Carbon pricing’ provides that –

I believe it would make sense for the UK, as host and chair of COP 26 to seek wide support for a draft Conference Resolution incorporating – and hopefully improving – on the scope and thrust of the language about carbon pricing now agreed between the EU and the UK in the TCA.

I would hope, for example, that former US Secretary of State John Kerry, a long-time advocate of carbon pricing and newly nominated by incoming President Jo Biden as the leader of the US delegation to COP 26, might be involved in any such discussions at an early date.

Another key participant in any drafting group would be China, whose President Xi Jinping announced only last September that China would aim to hit peak greenhouse gas emissions by 2030 and aim for carbon neutrality (net zero) by 2060.

COP 26 should not only endorse carbon pricing and carbon taxes as one of the key elements in national emission reduction programmes (building on agreed TCA language); it should also seek to build a new consensus on a global net zero carbon goal by a specified date, without of course in any sense resiling from the global goals already set out in the Paris Agreement of December 2015, viz. keep global temperature increase to below +2C, and if possible as low as +1.5C.

Consensus on any future date (say 2050) for global net zero carbon could be achieved, if necessary, by making it clear that countries, following the basic ‘bottom-up’ principles of the December 2015 Paris Agreement, would of course continue to have their own timetable and targets as far as their national emission reduction programmes are concerned even if their currently envisaged dates for reaching national net zero is later in time than that specified in the global goal.

The psychological and political impact of agreeing for the first time a global net zero goal would surely be enormous and well worth the effort involved in terms of the diplomatic legwork necessary in exceptionally difficult Covid-impacted times.

Agreeing such a global net zero consensus at COP 26 would in any case be meaningful even without the political and psychological impact of such an achievement. For the hope must be that rapid technological progress in some areas (Europe, Japan, and the United States, for example) will indeed compensate or more than compensate for slower progress by other countries, which for one reason or another, will be moving on a slower trajectory towards net zero.

Stanley Johnson is a former Conservative MEP and environmental campaigner, as well as an author. His novels include The Virus, while his next, The Warming, will be published next month by Black Spring Press.

This blog post is part of a cross-party series on Vuelio’s political blog Point of Order  which publishes insight and opinion to help public affairs, policy and comms professionals stay ahead of political change and connect with those who campaign on the issues they care about. To find out more or contribute, get in touch with Vuelio Politics.