You are here: Home / media research / The twelfth Doctor
Previous Back to all Next

The number 12 is special for many reasons: it is a sublime number; the human body has 12 cranial nerves; 12 people have walked on the moon; Twelve is a character in the Street Fighter video game; and soon, throughout all of time and space, there will be a twelfth Doctor. Lacking a TARDIS of our own, Cision has taken to social media and the blogosphere to work out, Doctor Who? 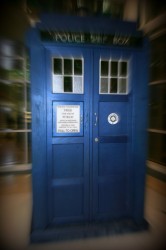 At this point I’ve probably lost a lot of people, but to the Whovians among you (or, indeed, those that enjoy a bit of social media analysis and speculation), welcome. Our first port of call for predictions is the bookies, as people generally put their money where their mouth is in such circumstances. The current favourites to play the next Doctor are:

On social media, the conversation around the possible next doctor differs from the bookies’ choices: 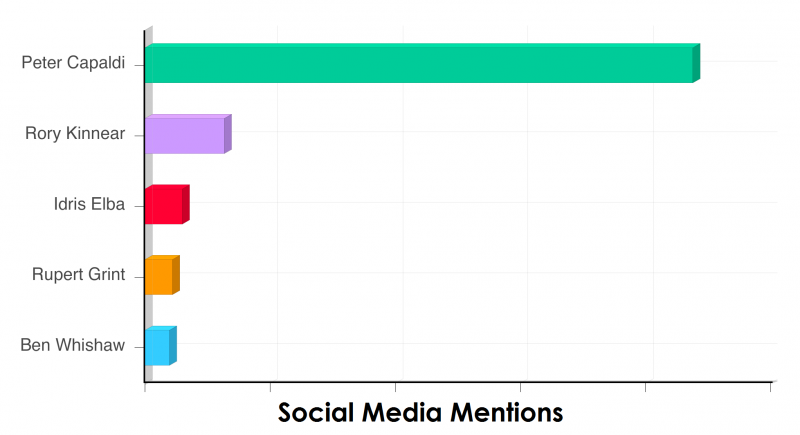 Peter Capaldi’s first spot is largely thanks to his status as favourite. As for the bottom three, their fame is a likely factor as people are keen to discuss the possibility of ‘Luther’ or ‘Ron’ as the Doctor. Fame plays an interesting part in the Doctor Who choice with the current incarnation Matt Smith relatively unknown before being ‘Time Lorded’.

What the web says
Using Cision’s Influencer Search, we can explore the conversation from around the web, which is focused more on the announcement itself than the chosen actor or actress.

The Coventry Telegraph’s Pass the Remote! blog reports that the announcement will be made Sunday, explaining the BBC have managed to keep the identity secret [so far] by using the code word ‘Houdini’.

The BBC website seems to have an advantage as the first public announcement will be aired on BBC One. They’ve pubished a radio conversation with Doctor Who magazine editor Tom Spilsbury, discussing possible favourites.

The Mirror reports that one of the favourites, Rory Kinnear, has been ruled out of the running following confirmation of his new role in a Lord Lucan drama on ITV1.

So who is going to get it?
The chances are we won’t actually know until Sunday at 7pm. While it is impressive that they have managed to keep the secret this long, it is likely that one of the names that have been thrown into the mix will be chosen.

Peter Capaldi played a large role in the Torchwood special Children of Earth, which is set in the Doctor Who universe (Whoniverse?) so he already has established links with the programme. Billie Piper is obviously famous for her role as the Doctor’s companion Rose Tyler and would be an understandable choice for the first female Doctor.

The most interesting name is Daniel Rigby. As ‘star’ of the BT adverts he matches the lack of fame that many previous Doctors experienced at first. Also, his name is not popular on social media which suggests his place on the bookies’ favourites list has roots elsewhere. This is all, of course, rumour, but his inclusion is one worth noting.

As for my personal favourite, it has to be Andrew Scott. Not because he has ties with Doctor Who’s writer and producer Stephen Moffat (from his time on Sherlock playing Moriarty) but because I passed him on the street last night. If that isn’t proof, I don’t know what is.

The graphs and social media analysis were made possible by Cision Social Media via CisionPoint. The internet discussion was found using Cision’s free Influencer Search.