‘This week in PR’ is a look at all the big stories in public relations as reported by the UK media over the past seven days. The week’s highlights include Post Office’s £3m PR tender; Twitter IPO and the accompanying comms strategy; the 2013 Social Journalism Survey; Pier PR tackling FB over faggot ad ban, and more.
To have your PR News featured here next week, please email me at [email protected] 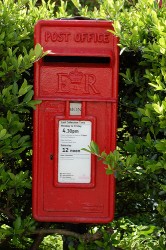 Post Office Readies £3m PR Budget after Royal Mail Sell Off by @ArunSudhaman via The Holmes Report
‘The UK’s Post Office is to spend as much as £3m on a new PR agency roster following the privatization of Royal Mail, its biggest customer.

Post Office Limited, which was split from the Royal Mail group last year, has released a wide-ranging tender that calls for PR support across corporate, consumer, financial services and retail. The brief calls for PR firms ‘to support the communications department in promoting products which increase revenue, and enhance the corporate reputation to grow the business.”

Leading the news this week

Twitter’s goal in IPO: to avoid becoming Facebook by Olivia Oran via Reuters
‘As Twitter Inc’s chief financial officer planned the company’s initial public offering this year, he had one overriding goal: to avoid becoming the next Facebook Inc.
Twitter CFO Mike Gupta grilled banks about how to sidestep the problems that beset Facebook’s IPO from start to finish, asking detailed questions about everything from how to pick an exchange to how to communicate with analysts.’

B2B Brands don’t utilise social media effectively by @DayalPriyanka via CisionUK
According to a study by Maxus for Business, two in three business professionals claim they want a social relationship with companies yet as many as 70% agreed that B2B brands don’t know how to communicate effectively with them on social media. The findings are indicative of the need for improved marketing content on social media sites.

PR agency tackles Facebook over faggot ad ban by @DanfareyJones via BrandRepublic
‘PR agency Pier is attempting to reverse a Facebook ban on the use of the word “faggot” on behalf of its client, food company Mr Brain’s. The agency spotted an opportunity after Facebook user Robert Wilkes had his account suspended last week for writing “I love faggots”.’

PRCA responds to news that the Government has paused Lobbying Bill via PRCA
‘The Public Relations Consultants Association (PRCA) has responded to the news that the Government has announced a “pause” of nearly six weeks for legislation which would curb the spending on political campaigning by organisations other than parties, outlined in Part Two of the Transparency of Lobbying Bill. PRCA Director General Francis Ingham commented: “The Government should see this as a golden opportunity to widen the pausing of Part Two to the rest of this badly-thought through Bill.’’

UK’s Firstflight secures diagnostic PR brief from InHealth by @ArunSudhaman via The Holmes Report
‘UK PR firm Firstlight has been called in to handle public relations for one of the country’s largest providers of diagnostic services.
InHealth, which has hired Firstlight, is seeing increasing demand for its services amid a Department of Health mandate that seeks to increase the number of diagnostic tests that are done closer to home.’

Lauren Hughes from Bacall Associates by @DayalPriyanka via CisionUK
In conversation with Cision, Lauren Hughes, senior account executive at PR, marketing and sales support agency Bacall Associates, discusses how ‘long lunches are a thing of the past,’ trends in the luxury travel PR sector and more.

Speedy Spotlight: The Confessions of a Professional Drama Queen