You are here: Home / PR Pulse / Trinity Mirror buys Daily Express, Daily Star and OK!
Previous Back to all Next 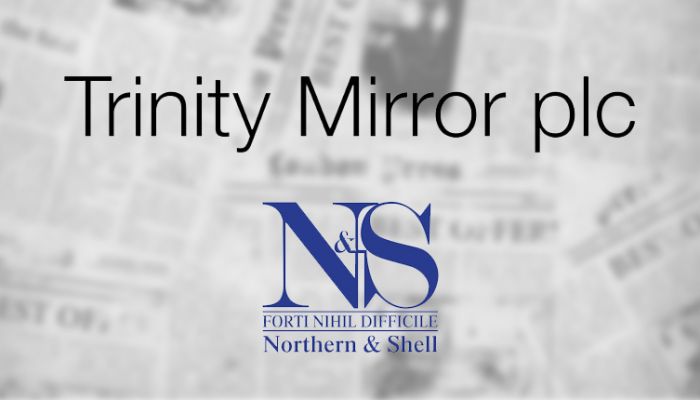 Trinity Mirror has agreed a deal worth £126.7m for the publishing assets of Northern & Shell. The purchase includes the titles the Daily Express, Sunday Express, Daily Star, OK!, New! And Star.

The sale brings Richard Desmond’s 18-years in charge of the titles to an end, and follows the sale of his other assets including Channel 5 in 2015 and the adult television network Portland in 2016. He still owns the Health Lottery and is rumoured to be contemplating a bid for a licence to run the National Lottery.

Desmond paid £125m for the Express titles in 2000, and the lack of price rise reflects the struggles the print industry faces. Simon Fox, chief executive of Trinity Mirror, defies this viewpoint though and told the Today programme: ‘It’s a very wise investment. We’ve had plenty of time to think about this carefully.’

Northern & Shell did report a £34m profit last year, but as Press Gazette points out, traditional media is a dying business model, as the group has only sold for five times profit, whereas Twitter – which made losses of £2bn since launch – has a market capitalisation of over £20bn.

Fox also suggested cost-cutting measures, which may include a number of job losses: ‘For example, [instead of] sending two reporters to a football game, we can send one.’ The savings are expected to be around £20m a year (which does make the deal look like a very wise investment).

And for those concerned about the editorial output of the titles, the cost-cutting, single-reporter-at-an-event measures won’t stretch to politics. Fox explained that allegiances of the papers wouldn’t change: ‘The Daily Express is not going to become left-wing and the Mirror is not going to become right-wing.’

Nationally, Trinity Mirror is now responsible for a daily circulation of over 1.3m across three titles (though this still falls short of The Sun’s circulation). It also has hundreds of other regional and local titles, including the Manchester Evening News and Birmingham Post, and is the UK’s biggest regional newspaper group.

Online, the group will now boast 234m global uniques, which is massive. But turning those numbers into profit (and a reliable part of the business model) is something every publisher is still struggling with, and there is no agreement on what will work. Now the merger has been agreed, expect months of turmoil and changes across the UK’s media industry.