You are here: Home / PR Pulse / Waste-watchers, ‘skinfluencers’ and plastic-free warriors at...
Previous Back to all Next 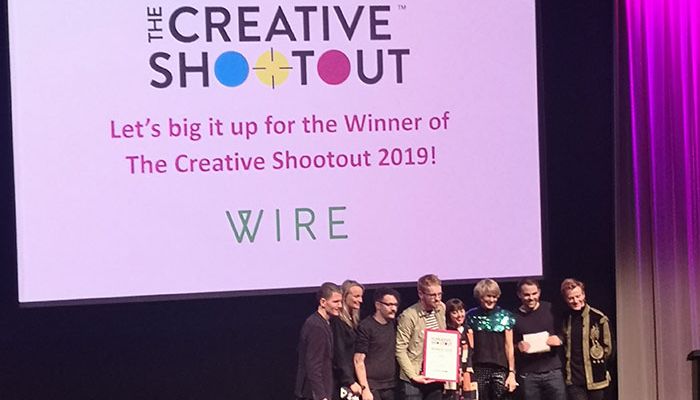 Described as ‘The Apprentice’ meets ‘The Great British Bake Off’, The Creative Shootout is like no event. Nine of the most vibrant and creative agencies go head-to-head, competing to work for this years’ charity, A Plastic Planet.

A Plastic Planet (APP) has a single goal: to dramatically reduce the use of plastic in food and drink packaging. With a focus on empowering the consumer, A Plastic Planet wants people to choose plastic-free with the Plastic Free™ Consumer trust mark clearly displayed on the packaging.

The brief was simple: increase the number of brands and businesses applying for the trust mark to 1,500 applications in 2019, targeting big FMCG companies such as Nestlé, Mondelez and Unilever to drive change globally.

The teams were presented with the brief at lunchtime and had just four hours to put together a creative, compelling and effective pitch. The challenge was met with inspirational ideas, with no two pitches the same.

From making tea plastic-free to joining forces with Comic Relief by creating a plastic-free Red Nose, the agencies found inventive ways to increase awareness of A Plastic Planet and its trust mark. The campaigns pitched varied over the evening and included multi-channel ideas for Plastic-toc from Stein IAS, showing how time is limited to fight the war on plastic to waging an actual war on plastic, with plastic-free warrior parachuting into cities to spread their anti-plastic propaganda from Brands2Life.

Embracing the power of social and influencers was a theme throughout all of the pitches. Ready10’s ‘skinfluencers’ encourage consumers to ditch the plastic-packaging on fruit and veg and Raw London said goodbye to pre-prepared food empowering the customer to be #freetochoose with a campaign centred on activism.

Proving that an idea can be simple and effective, 72 Point created a waste-watchers app and 3 Monkeys Zeno created a plastic-free point loyalty card.

But there could only be one winner – Wire PR. Tapping into the impact of plastic on your own personal health, its campaign encouraged consumers to take the plastic-free health check to see if they would test ‘plastic-positive’ and contact their local supermarket’s CEO in two easy clicks, petitioning them to remove plastic. Wire’s campaign won the judges over with its engaging ideas and ability to go multi-national.

Wire will run the winning campaign with APP in Spring 2019, using a native advertising campaign from Outbrain, a broadcast campaign led by markettiers and support from A Plastic Planet’s existing comms agencies.

Vuelio are proud to sponsor The Creative Shootout and celebrate the incredibly creative minds in our industry. Well done to everyone who took part and congratulations to Wire PR!