You are here: Home / Politics / What can the NHS expect from the next Prime Minister?
Previous Back to all Next 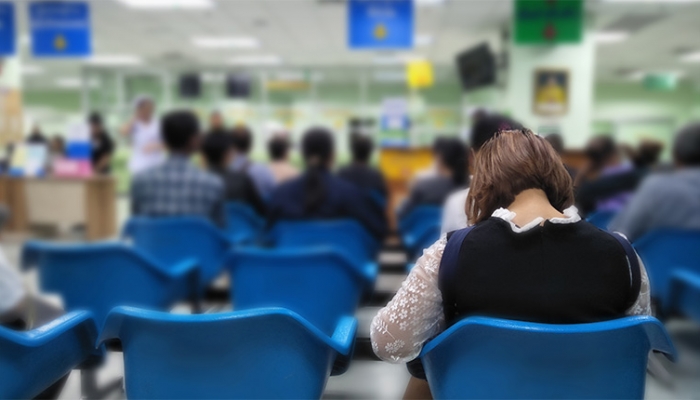 As the Conservative Party leadership race draws to a close, what can the NHS expect from the next Prime Minister? Both contenders Liz Truss and Rishi Sunak have made numerous promises to address current issues in the health and care sector. Here is a rundown of the pledges:

Liz Truss
The 1.25% national Insurance tax rise, which was introduced in April this year by then Chancellor Sunak to raise billions for the Health and Care Levy, is a particular area of contestation for Truss. Early on in her campaign, Truss vowed to reserve the tax hike, but at this time did say that she was ‘completely committed’ to current Government promises for NHS spending and would instead raise funds with general taxation. However, more recently, Truss has said that she would divert the £13bn a year announced for the NHS into social care. She told a Times Radio hustings: ‘I still would spend the money. I would just take it out of general taxation rather than raising national insurance. But I would spend that money in social care’.

Truss believes that the NHS has received quite a bit of funding, and a greater focus on social care could reduce bed pressures in hospitals. This pledge has proved controversial as Tim Gardner, a senior policy fellow at the think tank The Health Foundation, has said ‘diverting the money intended to help address the NHS backlog into social care would be robbing Peter to pay Paul’. Meanwhile, Richard Murray, the chief executive of the King’s Fund think tank, has commended Truss for paying attention to social care, but has also raised concern about reducing NHS budgets.

Truss has recently criticised current pension rules which mean that higher-earning medics towards the end of their careers are faced with high tax bills, resulting in some reducing their hours or retiring early. Truss has said that she would unveil a series of radical reforms that would enable doctors to continue working after reaching their lifetime pension cap, without paying taxes. The British Medical Association has estimated that 10% of Britain’s consultant and GP workforce will retire in the next 18 months if action is not taken to avoid the ‘pension trap’. She said that changes would be part of measures to reduce the backlog of care in NHS services, as well as reduce workforce pressures.

Truss was forced to U-turn on a short-lived policy announced at the start of her campaign which would have seen public sector workers, including doctors and nurses living outside of London, having their pay cut.

Earlier in the campaign, Truss has also said she wanted to see layers of NHS management stripped away and said that under current systems frontline staff are micromanaged. If appointed Prime Minister, she has also promised to ‘put more money into the physical fabric’ of the NHS and has spoken about some UK hospitals near her constituency falling apart.

Rishi Sunak
Sunak has said that he would introduce a £10 fine for missed GP and hospital appointments. However, the NHS Confederation has raised concern over this policy, with Dr Layla McCay, director of policy, suggesting that ‘the administrative burden this would place on the NHS risks being considerable and could well far outweigh the money brought in by the fines’.

Sunak has also pledged to create a task force to cut bureaucracy and waste and drive radical reforms. He also said he would eliminate waiting times for treatment by 2024 which would be six months earlier than the current Government, if achieved. Sunak is keen to ensure that everyone waiting more than 18 weeks for a procedure is contacted by their trust within 100 days and promised to deliver 200 community diagnostics hubs by March 2024.

Sunak has recently pledged to restore NHS dentistry by ringfencing its funding, strengthening prevention, and encouraging dentists to stay in the health service. He would do this by setting out a five-point plan which includes improving protections around the annual NHS dentistry budget and reviewing the dentists’ contracts. To improve prevention, ideas have included dentists visiting primary schools’ check-ups.

During the campaign, Sunak has stood by his decision to raise National Insurance contributions by 1.25% for the Health and Care Levy. He claimed it wasn’t an easy thing to do, but it was the right thing to do considering the damage caused to the NHS by the pandemic. He has said he is desperate to tackle the NHS crisis including the long waiting lists, claiming that the Tories ‘will be toast’ by the next election if they are not successful in solving the problem.