You are here: Home / media analysis / World Cup: Top 10 football players on social media and online news
Previous Back to all Next 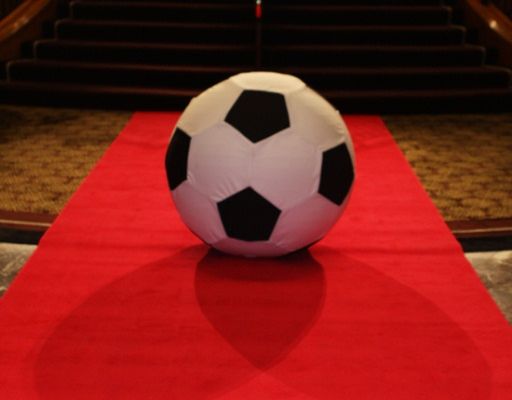 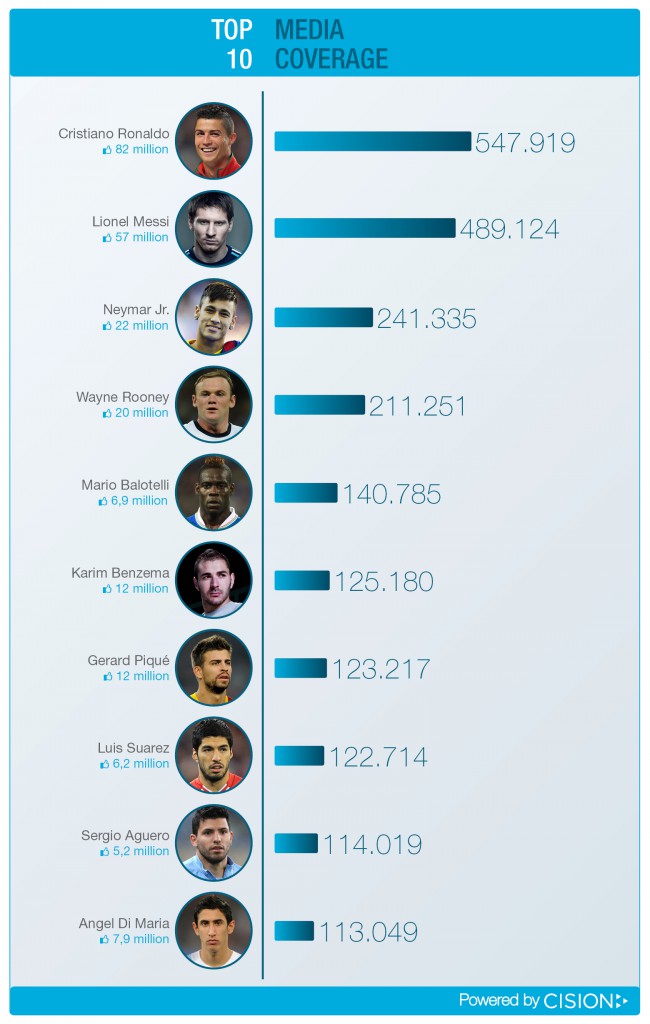 As the 2014 FIFA World Cup readies for kick-off on Thursday, all eyes are on Portugal’s Cristiano Ronaldo, the most talked about football player online, according to a Cision Portugal analysis that ranked footballers who have generated the most buzz on international media since the beginning of 2014.

The results show Cristiano Ronaldo leading the list with a clear margin from his nearest competitors Lionel Messi and Neymar and bringing in over twice the number of mentions from Wayne Rooney and Mario Balotelli, who were also among the top five.

Interestingly, all the players on the list are strikers, apart from Gerard Pique, who has been in the public spotlight because of his relationship with international pop sensation, Shakira.

This study was conducted between 1 January and 26 May 2014, during which 3 million news items were gathered containing references to 23 football stars, in a universe of 292 million news items monitored. The ranking measured the popularity of the players based on the number of Facebook followers and ‘likes’ on their pages and the media coverage they garnered from online news outlets in the lead up to the World Cup.

“Write the future” – but make sure they just do it