You are here: Home / PR Pulse / 5 top tips from the Influencers
Previous Back to all Next 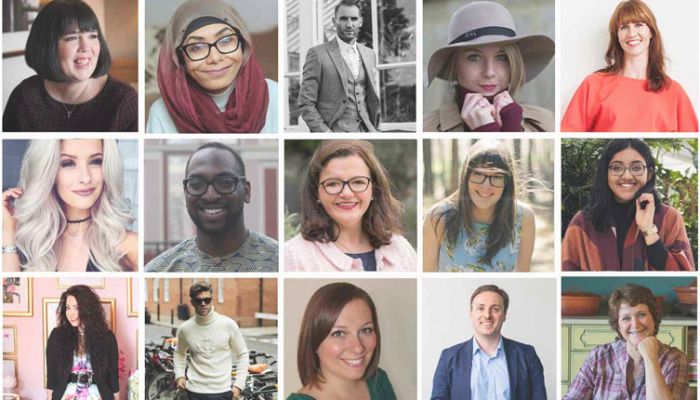 At Vuelio, we spend a lot of time talking to bloggers, vloggers and Instagram stars, and we hear the same suggestions, grievances and tips over and over. Jo and Jane also covered these points, so we thought it was high time for a refresher.

The top five tips from influencers:

1. Professional bloggers are running a business
Jane, a journalist by trade, pointed out that journalists and bloggers are not the same. Journalists are generally salaried, being paid by an outlet or publisher no matter how much time they spend writing about any given topic. As such, PRs have rarely, if ever, had to pay journalists directly for coverage – and often a free trip can seem like their ‘treat’ (even though it’s their job to cover such things).

For professional bloggers, if they don’t get paid, they don’t pay bills. Some bloggers still accept freebies in return for coverage, but they’re often hobbyists who don’t depend on their blogging income to live. It may feel like a culture shift, but the outcomes can be different too – which leads nicely on to…

2. You can expect to get more from bloggers
If you don’t pay journalists, you generally can’t demand too much of their time for reports or metrics on the success of your content. Bloggers, on the other hand, should be seen as collaborators – they’re working with you on your project or campaign and you can agree metrics and results up front. Jo loves being part of the campaign, and advocated Iceland’s style of requesting analytics and making her work hard, as she prefers knowing how her part in the campaign is contributing and being used by the brand, rather than being just one post in a huge machine. Which is point three:

3. Collaborations should be more than one post
Again, this isn’t traditional media outreach. While journalists could be called ‘influencers’, their role is fundamentally different and the word ‘influencer’ (though disliked by many bloggers) has only risen to prominence with the digital age. So, if you’re looking for publication of a press release, go traditional, but if you’re looking to positively influence an audience (niche or otherwise) and want to see positive results over a sustained period of time – use influencers.

4. Build relationships
This IS the same across traditional and new media outreach. And for some reason, it comes up again and again and again. Don’t start emails ‘Hi dear’, or ‘Hi NAME OF BLOG’ – Jo isn’t called Slummy Single Mummy and Jane isn’t British Beauty Blogger. If you’re struggling to find the right names and merge your emails professionally, you’re obviously not using Vuelio. We list detailed profiles, with names, PR preferences and bios so you can get to know the influencers before you send that first email. And when you’re ready to contact influencers, spend time building relationships – as with traditional outreach, good relationships lead to better results all round.

5. It’s not all about social
This varies brand to brand, company to company, but social isn’t the be all and end all. You may be working on behalf of a client who wants to be ‘big’ on Instagram. That’s fine. You may be working in-house and think a few well-placed tweets are where it’s at – also fine. Only you know what works for you, but remember that social posts are fleeting, audiences are fickle and ‘longevity’ is a word that no one uses in a hashtag.

Yes, you may want social-only collaborations with influencers (and Jo described a dramatic increase in brands who just want Instagram posts), but if you want true influence, and you want your product/service/brand/concept to reach a loyal audience of engaged readers, then remember the blog. Bloggers spend a long time cultivating their blogs, which are their publications, and it would be foolish to overlook them.

Struggling with Influencer Outreach? Don’t know where to begin with bloggers? Check out the Vuelio Influencer Database – it’s been built for you.