You are here: Home / Politics / Baroness Bennett: The plastics pollution crisis is pushing our fragile...
Previous Back to all Next 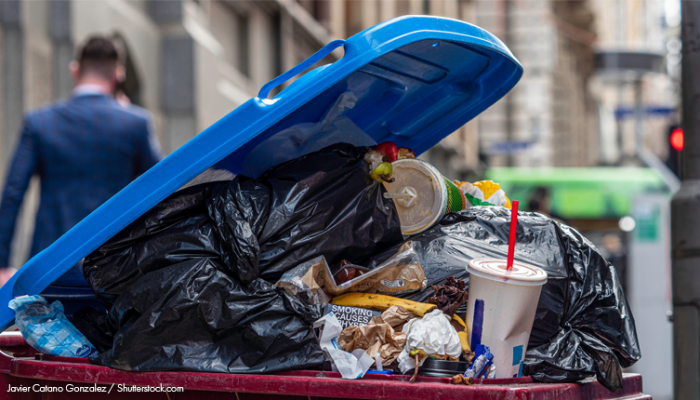 We are – finally – recognising that there is no such thing as throwing something ‘away’ on our poor choked planet. Every bit of waste has to go somewhere.

Globally, most of the eight billion tonnes of plastic produced since the 1950s is still in existence – in our drinking water, our soils, our animals and our air. Even in our beer.

Last year in the UK, a group of supermarkets and other stores announced with much fanfare that within the next seven years they are planning to cut out non-recyclable plastic packaging.

That is seven more years of producing something that won’t ever disappear, but this was far more positive than the Government proclaiming that it will ban unnecessary single-use plastic by 2042.

There’s a crucial point to make about both the voluntary ban and the Government announcement: ‘recyclable’ doesn’t mean an object is going to be recycled and who defines what is and isn’t ‘necessary’?

Our plastics recycling facilities are already groaning with over-supply of recyclables from the impact of the Chinese decision to stop importing most plastic waste for recycling there.

At the consumer end, households are struggling with a hugely variety of different schemes with different rules: if you move house there’s a good chance you’ll have to learn a new system. Live in a flat in Wandsworth and you are expected to put your recycling into a large single-use plastic bag. Really?

How much better if an unnecessary item isn’t produced at all. That more than 40 per cent of the plastic produced goes into single-use packaging is shocking, even before you consider the fact that the world total is more than 300 million tonnes each year.

After massive public pressure, the Government is supposed to be introducing a bottle deposit scheme, for plastic and other bottles, although we’re still waiting for actual action, and there’s always going to be significant numbers that escape the net.

Pub and café chains are rushing to promise to get rid of plastic straws, and there’s now some decent discounts on coffee in some places if you bring your own cup. Some are also calling for a ban on single-use sachets – sauce, vinegar, sugar etc.

I will happily applaud all of this, but huge amounts of parliamentary time could be taken up passing limited, fiddly legislation that has to define and restrict specific categories of table condiments, or focus on plastic straws or stirrers, a tiny fraction of our plastics pollution.

The logical way to approach this is to start at the other end. Let’s begin with a ban on all single-use plastic – that would cover everything you could think of and then some – single-use cups, sandwich wrappers and those really annoying almost unopenable hard plastic frames around toothbrushes.

Then you could make exceptions for items that are actually necessary – wrappings to keep medical equipment sterile, maybe some packaging for meat products, wherever a genuine case of need could be made.

This could be a model for further action. The plastics pollution crisis is just one of the ways in which we are butting up against the limits of this fragile planet.

Ensuring that resources are used only sparingly, and well, is a model that we need in all aspects of our economy.

Baroness Bennett of Manor Castle (Natalie Bennett) was leader of the Green Party of England and Wales from 2012 to 2016.