You are here: Home / Politics / Ian Murray MP: If we have the courage to change the Labour party, we can...
Previous Back to all Next 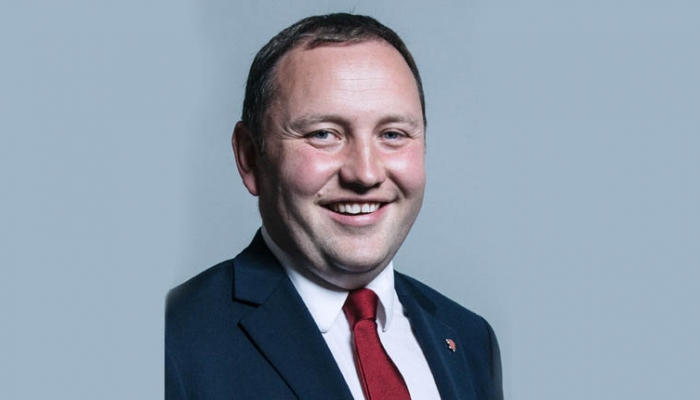 In this guest post, Labour Deputy Leadership candidate Ian Murray sets out his five-point plan that he believes will ensure Labour wins the next election.

I was devastated on the morning of Friday 13 December.

The Labour Party now has its lowest number of seats in parliament since before the creation of the National Health Service.

The result means another five years of a Conservative Prime Minister, after a decade of Tory Government that has left our communities worse off and more divided than ever.

As a party, we have to face up to the fact that a Government with such a poor record was able to defeat us so resoundingly.

The message the public has sent us is abundantly clear and we must be honest about that.

Yet many of the other candidates for Deputy Leader seem to be running on a platform of continuity – the idea that one more heave will get us over the line. If, as they wrongly claim, we won the argument at the last election then I hope we lose the argument at the next.

I am standing to be Deputy Leader because I believe that we must listen to what the public told us in December. It is only by doing that that we will be able to regain their trust.

December’s result was horrendous, but all hope is not lost. The people of this country are crying out for a Labour Party they can vote for. If we have the courage to change our party, we can kick Boris Johnson out of Number 10 in five years.

I have brought forward a five-point plan to help achieve that – it includes a focus on ground organisation and tackling the stain of antisemitism within our party.

Never again do I want to knock on a door to be told, through tears, by a lifelong Labour voter that they cannot support us because of our failure to deal with antisemitism within our own ranks.

It simply has to be eradicated, and I will take personal responsibility as Deputy Leader for doing that.

I’ll also make sure we conduct a proper review of our defeat – visiting the seats we lost, the seats we won and the seats we may never win – in order to fully understand our path back to power.

We do need to renew our party, but internal elections can often result in too much naval gazing within the party, so we have to keep talking to the country as well.

That’s why I have unveiled my plan for a ‘Labour campaign for Britain’s future’, which will look at the constitutional settlement within our country, and whether it works as it should.

Thirty years on from the last great constitutional change within this country, we have to get more power out of Whitehall, and deliver it to local communities.

Britain’s future isn’t just within our own borders, it’s also about how we look out to the world. The next 11 months will be crucial in holding the government to the highest of bars on its Brexit promises.

If the Tories fail to deliver, as I suspect they will, the Labour movement should keep open the option of campaigning to re-join the European Union at a later date, if it’s in the national interest. It’s a card we must keep on the table as the next 11 months unravel.

Labour can’t be in Government again without Scotland. I know how to win Scotland and putting a Scot on the ballot paper sends a clear signal that we care about all the nations and regions of the UK. The scale of the challenge means we need Scotland to win again.

Thanks to them, the membership has a chance to vote for change in this Deputy Leadership contest.

With their support, we can change the party, and deliver a Labour victory at the next election.

Ian Murray is the Labour MP for Edinburgh South and a candidate for Deputy Leader of the Labour party.