You are here: Home / PR / Blogger Spotlight: Paul Brennan, Celtic Quick News
Previous Back to all Next 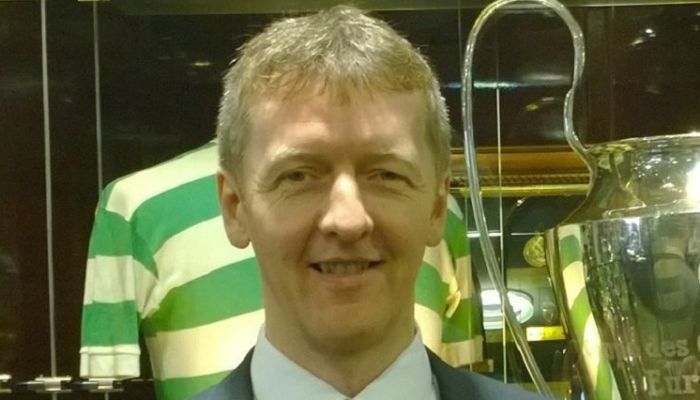 Celtic Quick News is the place where you’ll find the latest Celtic news and features, Posted 365 days a year! Celtic Quick News encourages Celtic fans to join the conversations on the blog and to have their say. In this spotlight Paul, who features on our top ten football ranking chats to us about how he got into blogging, why he loves football, and how he likes to work with PRs.

Tell us a bit about yourself and what you do?  This month I turned 50 and ran my first marathon. Quite a bit of my non-Celtic leisure time is spent at one of my two son’s football training and games. Despite my deep emotional investment in Celtic, the tension and excitement watching my boy in goal is the highlight of my weekend now. I also run my own IT Network Management business. The running has been great for me. I go through my local towns: Motherwell, Bellshill, Wishaw and Hamilton. When I’m out, I meet people who don’t know me but recognise me from having seen me running.

How did you first get into blogging? Back in 2004, I complained about a truly awful radio report about Celtic to a friend, who is a Rangers fan.  He said, “Why don’t you write a blog about it?” I had never heard of a blog back then but he sat me down and got me started. Celtic Quick News has been going 13 years now, the community has raised over £1m for charities and become part of the Celtic fabric, but it was a Rangers’ fans idea!

How and when did your interest in football begin? I was born the day Celtic won the league (away to Rangers) and the month we won the European Cup. My earliest toys had “Celtic European Champions 1967” written on them. My grandfather took me to games since before I was old enough to know what that meant. He died when I was 4, so I have a couple of memories of those games. I don’t really have a ‘where did the interest start’ story, the enormity of being born into the Celtic family in May 67 meant it started pretty much at birth.

What does a typical day involve for you? Week days are spent at the office. I have to leave early twice a week for my son’s training. Those nights I almost always run too. I publish a blog each lunchtime, so will write it the evening before, and do a final edit in the morning. After dinner tiredness hits me and I usually take 30 mins before I get going again. Then it’s catch up with emails and other work issues. I listen to audio books in the shower and podcasts in the car.

What do you most like about football? I will answer this question differently than I would have a year ago. This season has been like going to school for Celtic fans. We have learned to love the tactical challenge, about creating and using space, not just about winning or scoring goals. The transformation Brendan Rodgers made has been like learning to love something you have loved all your life but in a new way.

What team do you support? Celtic!

Where are you most creative when it comes to creating content for your blog? After a conversation with my brother. We dissect an issue verbally, then I can write about it. To do my best work, I need to be stretched and to explain myself. My sons are moving into this space now as well.

How do you like to work with PRs? With more notice! Bloggers have other lives, we need lots of notice for/from PRs than mainstream guys who do this for a living. To do a proper piece can take many hours, there are weeks I don’t have many hours to dedicate to a blog.

What’s been the highlight of your blogging career so far? Celtic were 11 points behind in April 2008 and out of it. I put more effort into galvanising support than at any time. We won the league by a whisker in a really memorable season. It was the time I most enjoyed blogging.

What will be big in your blogosphere in the coming months? Collaboration. The Celtic blogosphere have been collaborating and supporting each other increasingly for a year or so.  This has gained a lot of momentum.