You are here: Home / PR Pulse / #FuturePRoof: a journalist’s perspective of NHS comms
Previous Back to all Next 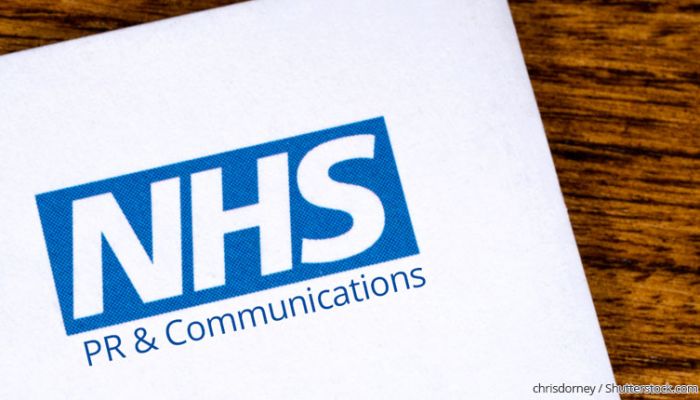 Following the launch of the third edition of #FuturePRoof, a special edition focusing on healthcare comms to mark the 70th anniversary of the NHS, we are discussing what wider lessons can be learned by the comms industry. In this post, we look at Denis Campbell’s contribution – A Journalist’s Perspective: The Good and Bad of NHS Comms.

Denis Campbell is the health policy editor of the Guardian and the Observer, so he spends a lot of his time writing about the NHS and working with the comms professionals within it. Campbell starts his chapter by pointing out the dilemma of writing such a piece in his position: ‘Why would I say anything at all, lest even a smidgeon of criticism alienates those whose goodwill, determination and professionalism I routinely rely upon?’

He goes on to explain that while most comms officers are ‘superb’, some are ‘unhelpful, unbecoming of their profession and… ultimately damaging to the NHS’. The chapter is important to #FuturePRoof because it’s an honest external opinion given for all the right reasons – to help improve the practices of the NHS.

Campbell breaks down his views, which are clearly lessons for anyone working in communications in any industry:

Be honest and accessible
For Campbell, the NHS needs to be honest about its troubles and not just follow ‘the Government’s fantasy version of events’. This is a broader lesson for comms – honesty builds trust and trust builds relationships, which is the foundation of good PR. When working with the media, if you lie, there’s a good chance they’ll find out the truth and that story will then be much harder to manage.

Campbell’s experience of NHS comms is clearly hit and miss. He writes: ‘I marvel at the effort senior managers and clever PRs put into coming up with entirely irrelevant answers. Do they think that will stop the story appearing?’

If a journalist is asking for information, chances are they have discovered there may be a story in that information. If you block them, it doesn’t mean the story goes away, it just means the journalist has to dig deeper. When presented with tricky media questions, finding out what the journalist is doing and why they want to know certain things, should be a priority, because you’re still allowed to form your answers in the most appropriate way to make your business look as good as it can in the circumstance.

But even if the journalist gives you nothing, don’t stonewall investigations; if it’s delaying the inevitable, be honest and make it part of the story you want to tell.

Have guiding principles
The NHS Constitution has seven principles that guide the NHS in all it does. Campbell is most interested in the last one: ‘The NHS is accountable to the public, communities and patients that it serves… The system of responsibility and accountability for taking decisions in the NHS should be transparent and clear to the public, patients and staff.’

He believes NHS PR practitioners should be bound by this principle – but what about organisations without principles? Many have cultures, objectives and aims – lots of offices display these proudly for all to see. But do we consider them when we’re doing comms? Comms is the voice of the company and should be key in developing company culture, ensuring it informs the way all communications is carried out.

If internal culture doesn’t match external culture, neither will survive for long and ultimately, you’re the bridge between the two.

Working together
Campbell is clearly in favour of the NHS and is keen to see it working in the best way it possibly can. But as PRs and comms, we often think of journalists as the enemy and we suspect they’re out to trip us up. Campbell acknowledges this but is reassuring: ‘NHS PRs’ background and talents lie in communicating. So why not spend more time and put more creative energy into communicating what their bit of the NHS does and who the staff are that make that possible?

‘Why not trust journalists much more to do a decent job and not be so suspicious all the time?’

If we all worked together, were honest and transparent, wouldn’t our industry be a better place, communications run more smoothly and improve the quality of public conversation for all parties?

What do you think about Campbell’s chapter? Can we do more to work together with the media, or do we risk losing control of the story? Let us know your thoughts on Twitter @Vuelio.

#FuturePRoof: The NHS at 70 with Lessons for the Wider PR Community, is highly recommended for both NHS comms pros and anyone else working in comms. It is available online.